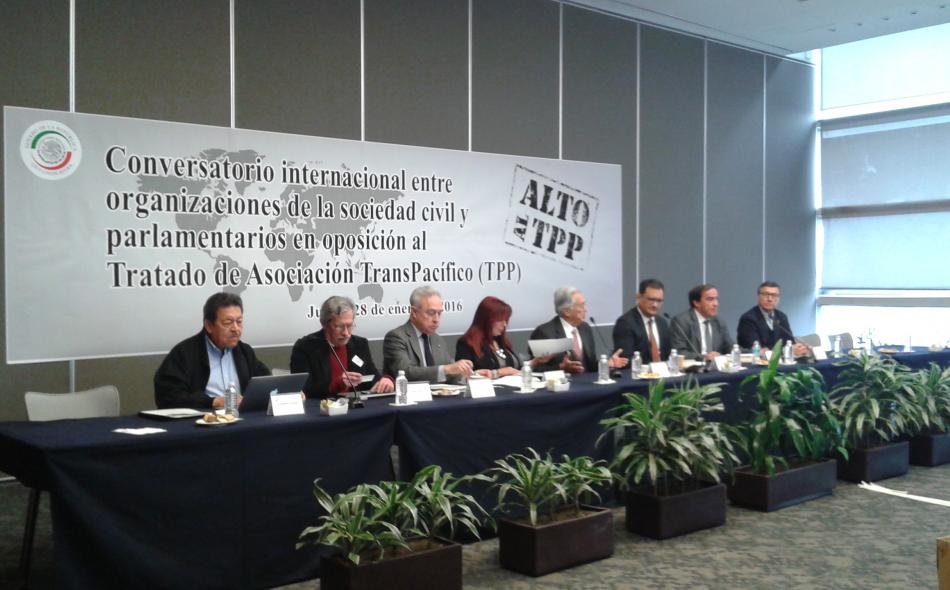 One reason the TPP is in such trouble, especially in the United States, is that we’ve heard this story before. Passing NAFTA, CAFTA or other free trade agreements was supposed to mean more and better jobs, improved farm incomes and increasing prosperity all around. But that’s not what happened. In the wake of NAFTA, manufacturing jobs have evaporated, family farms have been decimated and income inequality has increased. Projections that this time around the TPP would generate increasing prosperity are met with a healthy dose of skepticism or outright disbelief.

Another part of the story is the strong opposition across borders. A big outcome of the NAFTA debate was the formation of strong ties among citizens’ groups in Mexico, the U.S. and Canada that refocused the discussion away from one country “stealing” jobs from another to a central emphasis on the role of transnational corporations in driving standards down to the lowest common denominator. An important element of the eventual defeat of the Free Trade Area of the Americas was the creation of the Hemispheric Social Alliance, allowing national and sectoral coalitions to coordinate analysis and actions across borders.

Last week Mexican civil society groups convened organizations from the NAFTA countries plus Peru and Chile to reenergize that collaboration in the context of TPP and build an action plan moving forward. It was great to see allies from Mexico and Canada, especially the coalitions that began during the NAFTA debate. It was inspiring to meet leaders from vibrant coalitions in Chile and Peru, as well as people working on digital rights and other issues that are relatively new in the trade debate.

We also found some new allies among legislators. Mexican Senators Manuel Bartlett Diaz and Layda Sansores San Roman convened a meeting of parliamentarians and civil society groups in the Senate that raised the profile of the TPP critiques and set the stage for future collaboration. Peruvian Deputy Yonhy Lescano challenged the notion that legislators don’t know what’s in the text, running through pointed critiques of intellectual property rights provisions that will impede access to medicines. Canadian parliamentarians Tracy Ramsey and Elizabeth May sent video messages to the gathering, and Quebec parliamentarian Andres Fontecilla urged continued joint actions from the streets to the legislatures, as well as leveraging international pressure at human rights bodies.

In addition to discussion of the impacts of past trade deals, several specific topics emerged:

Both the civil society groups and legislators stressed the importance of raising these issues at numerous UN bodies, including the Food and Agriculture Organization (which has a Latin American regional meeting of agriculture ministers coming up in March in Mexico), the Inter-American Commission on Human Rights, and the Convention on Biodiversity (which will hold its Convention of Parties in December in Mexico). This is not only to highlight the basic contradictions between countries’ human rights obligations and the trade commitments, although those are certainly real. It is also intended to start to draw other countries that might be considering joining the TPP in the future into the debate about the potential impacts on the right to food, labor rights and other issues of local and national sovereignty.

The groups will continue to share analysis of the TPP (now available as final text after a legal “scrub”), and to raise those issues broadly. The meeting culminated with a march of ten thousand Mexicans protesting privatization, corruption and free trade and shared plans to react to the TPP signing this week in New Zealand.

While it’s hard to escape the fact that the TPP agenda is driven in large part by the Obama Administration, the legislators and civil society groups issued a statement generously recognizing the “courageous conduct and decisive action of U.S. legislators who are sensitive to the voices of protest of many broad sectors and citizens organizations and therefore oppose the ratification of the TPP. We encourage joint hemispheric and international efforts to denounce the threat of the TPP and demand its definitive burial.”

The final declaration and action plan from civil society groups will be available here on February 3.