Nanomaterials in baby formula: why? 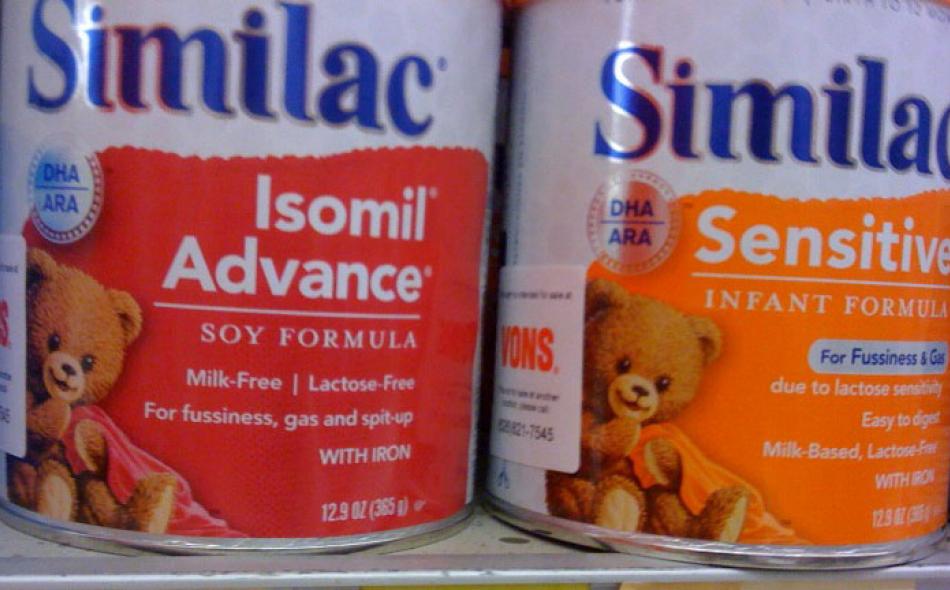 A new report from Friends of the Earth (FoE), “Nanoparticles in baby formula: Tiny ingredients are a big concern,” will prompt a lot more commentary than can be summarized in this blog.

Two questions likely to be raised in all commentaries:

Answering these questions may seem as simple as, well, child’s play. The simple answer is if governments refuse to regulate, companies will do what they perceive to be in their economic interest. As anyone who has watched children play, their activity is not simple.

The FoE report should motivate these companies to withdraw the nanomaterials from their formula products, as requested in a FoE letter, which IATP has signed on to. It is difficult to forecast whether the sign-on letters to the FDA and the Occupational Health and Safety Administration (OHSA), urging them to regulate nanomaterials and nanotechnologies, will have any more success than past regulatory petitions and lawsuits. The letter to the FDA demands that the agency regulates nanomaterials and recall all brands of baby formula that incorporate nanomaterials, if the companies do not withdraw the products from the market. The letter to OSHA urged the agency to “adopt nano-specific regulations to protect workers from and inform them of potential exposure.”

FoE commissioned nanomaterial researchers at Arizona State University to test baby formula products purchased, at random, in retail outlets in the San Francisco Bay area. The laboratory detected four nanomaterials, including nano-hydroxyapatite (HA), which the European Union Scientific Committee on Consumer Safety has advised should not be used in cosmetic products. Conventional HA is a protein source derived from cow’s bones, but is also used as a stabilizer and an abrasive. Nano HA, particularly in its needle-shaped form, may act like other needle-shaped nanomaterials that cause lesions on the lungs similar to those causing lung cancer and mesothelioma.

Mayo Clinic researchers are investigating whether nano HA could result in an excessive and undesirable calcium intake. The companies apparently added the nano HA as a way to boost infant calcium intake without the added expense of using the greater volume of conventional HA. Other nanomaterials added to the baby formula likely aimed to achieve other technical objectives, such as retarding formula spoilage or increasing formula consistency.

The reluctance—indeed, refusal— to regulate nanomaterials and nanotechnology products is partly due to the general animus against regulation coming from Congress, at the behest of industry lobbyists, as purported “regulatory reform.” The procedural burdens and demands for an industry cost analysis, before rule implementation, has paralyzed U.S. rulemaking, This is now threatening to become a feature of the Transatlantic Trade and Investment Partnership (TTIP) under the guise of “regulatory cooperation.”

Yet, the known hazards of nanomaterials in baby formula, as reported by FoE, may force the FDA to undertake regulatory action to persuade the companies to voluntarily withdraw their nano-baby formula products from the market. If the products remain on the market, the reputation of the U.S. government’s massive promotion of and at least $24 billion investment in nanotechnology will be at risk of widespread consumer backlash.