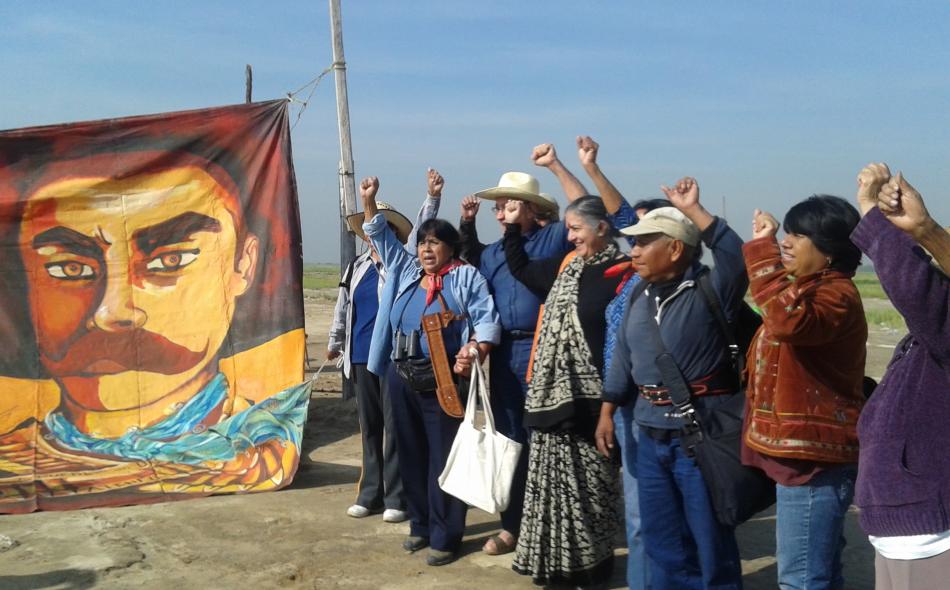 Public opposition to free trade agreements, like the Trans-Pacific Partnership (TPP), that serve to increase inequality and concentrate corporate power has reached a loud crescendo. We got to this point through years of effort by thousands of civil society groups around the world, reaching out to educate people on the likely impacts of the very specific rules embedded in those documents, as well as defining alternatives for our economies, environments and food systems. That debate was never simply about trade; it was about decisions on the kinds of economies and societies we choose to accept.

And it’s not over yet. As public pressure continues this year, whether through vibrant events like Rock Against the TPP ! or organized pressure on specific members of Congress, there is a concerted demand by progressive civil society organizations and leaders to halt current trade agreements and to insist on a different process, different rules, and a different vision of what comes next. We need trade policy that serves to reduce inequality, build local economies and enhance environmental sustainability.

Those alternatives must be grounded in the kinds of economies and societies we want. I witnessed some elements of an alternative approach to food systems last week at the Second International Conference on Rural Economies and Agroecology in the Americas, held in Texcoco, Mexico. The conference was convened by Mexican organizations including Mexican farmers’ organization ANEC (National Association of Producers' Enterprises del Campo), Semillas de Vida, and the Agroecology Program at Chapingo Autonomous University (in Texcoco), which is celebrating its 25-year anniversary. Renowned Indian author and activist Dr. Vandana Shiva was a keynote speaker at the event.

IATP was a co-sponsor with those organizations of the first conference, held last year in Mexico City. That meeting highlighted the scientific evidence in favor of agroecology and the “dialogue of knowledges” inherent in a process that brings together farmers’ knowledge of what works in their specific situations with new information on ways to produce that works with nature to enhance food production, farmers’ livelihoods and ecosystems.

This year, the focus embodied that dialogue of knowledges even more directly. About a third of the 500 or so participants were farmers from different parts of Mexico. Many students from the Chapingo Agroecology program also participated, not only learning from the expert presenters, but raising questions and asserting their own ideas. Food and farming leaders from Mexico, Brazil, Guatemala and Venezuela presented lessons from their own experiences. Mexican researcher Miguel Angel Damian Huato summarized one discussion with the observation that agroecology is based on technologies generated and regenerated in different times, combining traditional knowledge with newer techniques.

Representatives of the Frente de Pueblos en Defensa de la Tierra de San Salvador Atenco (FPDT) challenged conference participants to go beyond the confines of the auditorium to support a very real struggle going on nearby, where social movements have been campaigning against the construction of a new airport for more than 15 years. I was part of a delegation from the conference that included Dr. Vandana Shiva, to visit community and learn about their campaign of resistance.

As we travelled to the site, FPDT leader Ignacio del Valle told us about the history of the area. Centuries ago, emperor and poet Nezahualcoyotl established extensive gardens along Lake Texcoco, including the planting of massive Ahuehuete trees (“old man of the water” in Nahuatl). Many of those ancient trees have died as a result of the lowering of the water table in recent years. Ignacio pointed out one of those trees that he said symbolizes their struggle, as it continues to resist despite tough conditions. In many ways, the community’s heritage, identity and livelihood is connected to this land. If it is paved over to build a new airport, those connections will be lost.

Agroecology flourishes in situations in which the farmers who know their lands best can work with specialists from other disciplines to find new solutions. ANEC leader Victor Suarez insisted that it requires public policies to support those innovations and treat farmers as producers of food and knowledge, rather than objects of charity. NAFTA displaced millions of corn producers and the TPP would threaten the interests of Mexican coffee and dairy producers, as well as requiring adherence to intellectual property rules that lock in corporate control over seeds.

Removing those obstacles by defeating the TPP is a necessary first step. Building the alternatives through agroecology will be a vital element of a new approach moving forward.