Em(power)ing the People: How Stevens County is telling a different energy story

by
Tara Ritter
by

Driving through Morris, Minnesota, a rural community in the west-central part of the state, you can see wind turbines, solar panels, a biomass facility, and LED streetlights. For a small town with a population of around 5,000, the energy initiatives Morris has undertaken are broad and impressive. In this community of energy innovation, it’s no wonder nearly 50 residents braved the cold on December 6 to attend an event co-hosted by the Institute for Agriculture and Trade Policy and the Jefferson Center, titled “Our Energy Future.” The event aimed to discuss the future of Steven’s County’s energy system, and attendees included professors and students from the University of Minnesota Morris, farmers, small business owners, county commissioners, and Minnesota State Senator Torrey Westrom.

This event is part of the Rural Climate Dialogues program that has been underway since 2013. Rural communities are at risk to be disproportionately affected by climate change, while also held responsible for much of the nation’s food and energy production. Despite this, rural communities are often overlooked in climate conversations and policymaking. The Rural Climate Dialogues work to overcome this problem by hosting community conversations, building local capacity to work on place-based climate solutions, and linking rural communities with governmental and institutional resources.

Building on the work we’ve done so far, “Our Energy Future” in Morris was an effort to bring to life a priority set by the 2014 Rural Climate Dialogue in Stevens County: hold town meetings where government officials, agricultural producers, human services, and the public can generate and discuss new ideas so voters and consumers can make more informed decisions. The evening included three presentations. Mike Reese, Director of Renewable Energy at the West Central Research and Outreach Center, gave an “Energy 101” presentation. Brian Draxten, Director of Resource Planning at Otter Tail Power, discussed how the utility makes resource decisions and how they see the energy future. Finally, Blaine Hill, Morris City Manager, discussed the city’s efforts to make Morris climate-smart, as well as their expanding partnership with the city of Saerbeck, Germany.

Following the speakers, participants broke into small groups for discussion. We focused on three major questions to guide conversation: 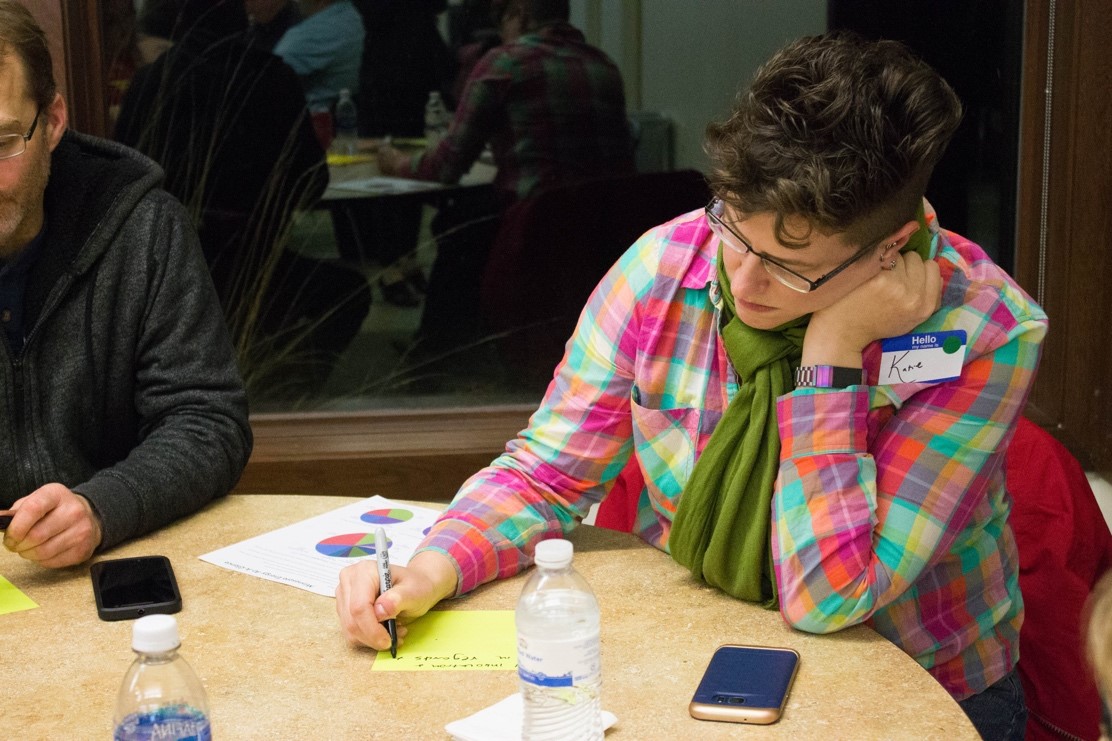 Just like the audience members themselves, answers varied but shared a similar goal of a resilient, independent, and thriving community and economy. Residents were excited about the possibility of local ownership of energy systems and technology, which could provide jobs and new economic opportunities. Many were also excited that the conversation was happening; getting people in the same room and talking is the first, and often most difficult, step to create long-lasting community change. 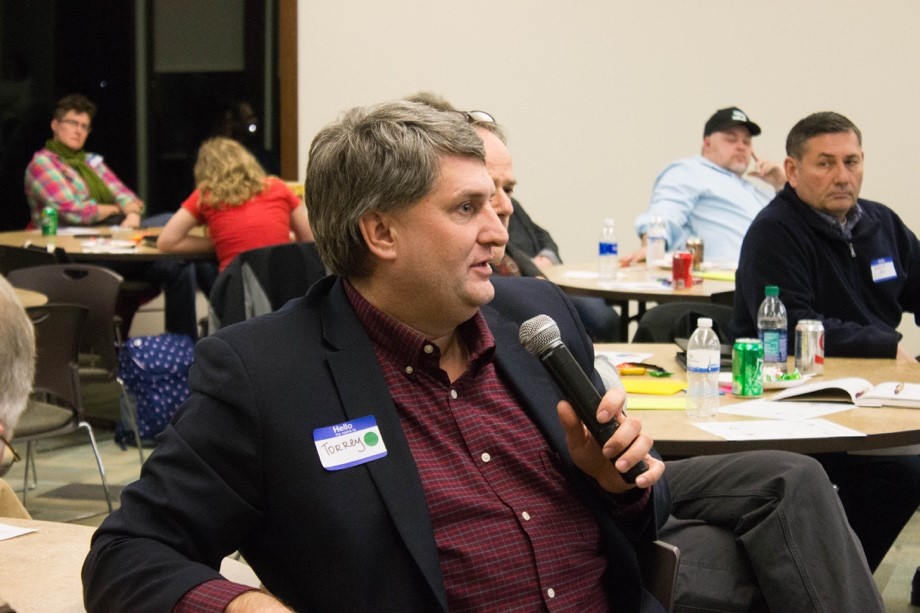 Senator Torrey Westrom sharing his views on the future of Stevens County energy.

Residents also had a few concerns about the energy system. Maybe steps to increase energy efficiency simply aren’t enough to combat climate change, and moving to a system with more renewables requires overcoming challenges with energy storage. Others were concerned that sometimes new energy innovations might not be better than the old systems. For instance, what if electric vehicles still get their power from fossil fuels? Finally, participants were concerned about equity and worried that different areas, especially low-income areas, could experience different energy prices and opportunities.

Looking forward to the next 10 years, participants painted a picture of a sustainable community: local citizen ownership of a microgrid, common use of electric vehicles, and higher energy literacy among everyone, including understanding how all the pieces work together to deliver energy from the source to outlets in our homes and offices. 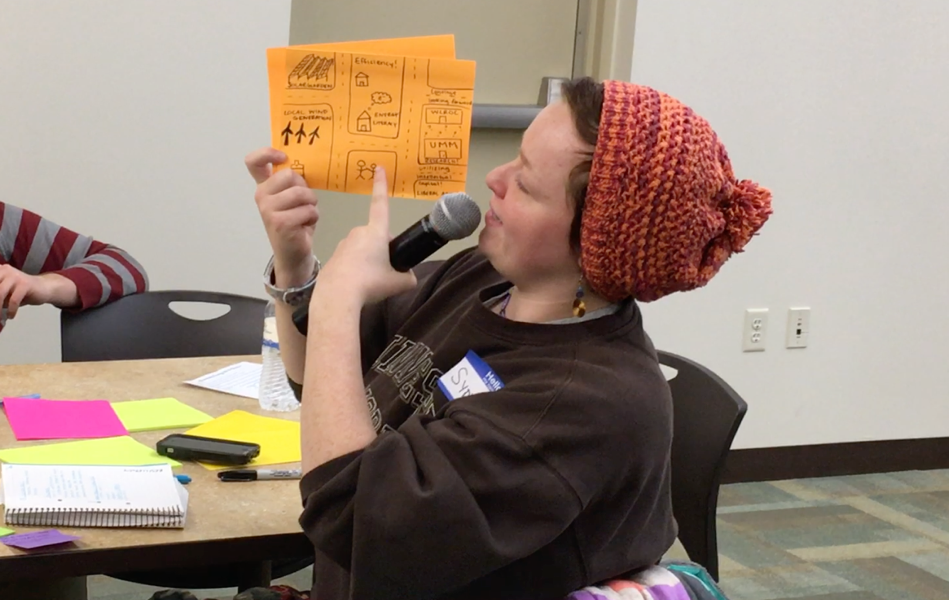 The event wrapped up with some unanswered questions, which we will aim to answer at another evening event in Stevens County on February 28, 2018. Some of these questions include:

There’s a glaring misperception that rural communities don’t care about climate change and energy policy. Conversations like these prove that wrong. Residents across Minnesota want to be included in the conversation, and are taking their energy future into their own hands. In a country where we hear about “divisiveness” and “polarization” daily, it’s exciting to see folks of all ages, political affiliations, and educational backgrounds creating community solutions. At the event, Mike Reese of the West Central Research and Outreach Center said, “Resistance to change is the biggest challenge we face in our community.” These 50 community members made one thing very clear: they’re ready to embrace change and tell their own unique energy story.