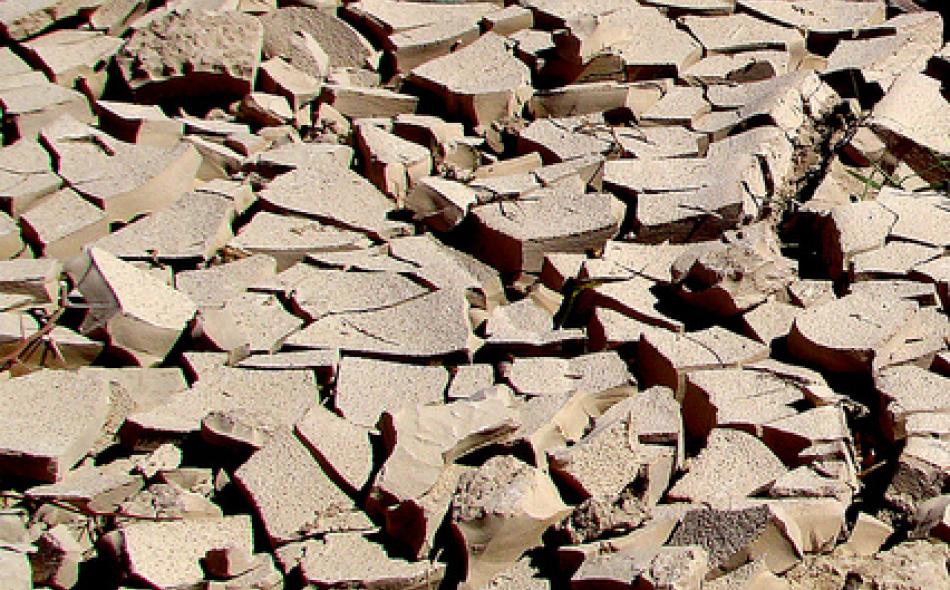 Boquillas Canyon Trail at Big Bend National Park, Texas. The drought in Texas is one example of the impact of climate change on agriculture.

Doreen Stabinsky is blogging for IATP from the UN climate talks in Durban, South Africa.

One of the major issues being considered here at COP17 is adaptation.

Adaptation is the term used for any type of effort taken to adapt systems to changing climates. In agriculture, adaptation could mean building irrigation systems, improving soil water–holding capacity by adding manures or compost, or reducing post-harvest losses, which in turn could reduce the vulnerability of communities to climate impacts.

In the context of climate change negotiations, adaptation gets lost in the morass of acronyms and institutional mechanisms. At this particular meeting, developing country frustration with inaction and a lack of sufficient funding permeated the multiple agenda items dealing with adaptation: the Nairobi work program review, discussion of modalities and guidelines for development of National Adaptation Plans, a work program on loss and damage, the establishment of an Adaptation Committee, and the Adaptation Fund.

Agriculture enters specifically into the negotiations primarily as a sector, with an equal or lesser status with water, coastal and marine ecosystems, mountain ecosystems and forests, among others. That adaptation in agricultural systems could have such contested priority, given the centrality of the sector to the livelihoods of so many, is a bit hard to understand. But given the paucity of resources to go around, developing countries squabble over what little there is, and in the adaptation debate that squabbling manifests itself in contests over whose pet sector will be prioritized this year. This year, water has won, at least in the debate over the next phase of work in the Nairobi work program.

One might expect that in negotiations on the contents of a work program on loss and damage that agriculture would fare better. The new work program on loss and damage established last year is to specifically include impacts from slow onset and extreme events. Slow onset temperature rise threatens to cause a slow, steady decrease in crop yields. It is difficult to assess risks from these sorts of losses and even more difficult to value those impacts, meaning that a program of work could identify critical research and possible options for addressing those impacts. A technical paper on slow onset events will be prepared by the secretariat in advance of the next meeting in May, but without specific mention of agriculture in the mandate for its preparation.

Parties hope this week to conclude negotiations on an Adaptation Committee within the UNFCCC. The vision for this committee is to establish another institutional mechanism that would specifically coordinate all the ongoing work on adaptation. The frustration of developing countries with the Nairobi work program—which was really just a series of reports, technical papers and workshops—led them to demand a mechanism with an implementation mandate, through functions such as provision of technical support and guidance to parties. The main issue still to be resolved this week is the composition of the committee—developing countries want a majority in the committee makeup, developed countries want to maintain more control and are looking to share the body 50:50.

The extreme politicization of the climate change issue makes it difficult for sensible solutions to emerge from the negotiating process. Impacts on agriculture are already happening, likely with increasing frequency. Floods in Pakistan last year and Thailand this year destroyed crops. Droughts and heat waves in the last two years have drastically reduced wheat yields in Russia, corn yields in the midwest U.S., and decimated agriculture in Texas. A multi-year drought in the Horn of Africa threatens the lives of millions. Nothing that the UNFCCC has done in the last two decades or two weeks of its existence makes me confident it is up to the agricultural adaptation challenge.

Instead, for action on agricultural adaptation, parties should be looking outside of the UNFCCC. U.N. agencies, such as the FAO, IFAD and the World Meteorological Organization, and the research networks of the CGIAR centers are more appropriate institutions to organize and coordinate the work needed on adaptation in agriculture. Parties should look beyond the UNFCCC blinders if they are serious about the adaptation challenge.