China's dominance in the global meat market: the Chinese translation of the "Global Meat Complex" 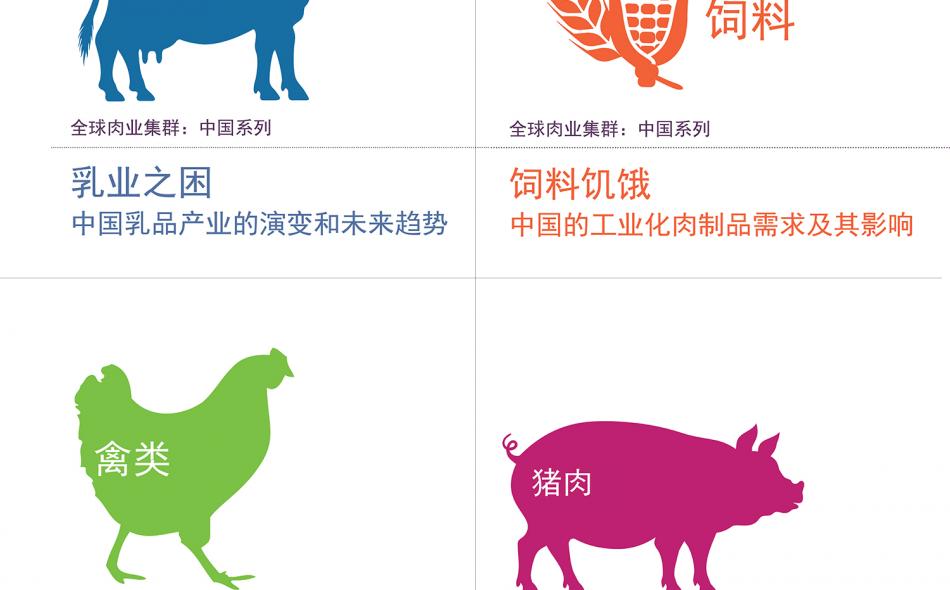 A few years ago, IATP published four reports on the Global Meat Complex: The China Series. Today, we are pleased to launch the Chinese translation of these reports to contribute to the ongoing debate within China about meat consumption. These reports illustrate China’s path to becoming one of the biggest producers of pork, poultry and dairy and the biggest importer of soy, which is critical for the mass production of food animals. These reports provide an overview of China’s production and trade of meat and feed grains and what these trends mean for China’s food security, its environmental quality and its agriculture. They address the emergence of transnational corporations and how this has dramatically changed the fundamental nature of meat production and trade. The series highlights the consequences of these changes on China’s environment and rural makeup as well as impacts on other parts of the world.

In introducing the series, we write:

Aside from operating in the U.S., the global meat industry is increasingly interlinked with emerging economies. China and Brazil are now not only big agricultural producers and consumers but they have spawned a new set of agribusinesses that is shaping the global meat complex.

In The Need for Feed: China’s Demand for Industrialized Meat and Its Impacts (Chinese translation/中译版, English version), we examine China’s strategy of “going out” to secure and procure feed grains from Brazil, Eastern Europe and elsewhere—not only soy, but also maize, sorghum and other crops to meet China’s growing appetite for animal feed. In addition to exports, this also entails investing in agriculture infrastructure in other countries. For instance, in 2016, China signed a deal with Brazil for US$1 billion to create an agricultural development investment fund—this will help China gain a stronger foothold in Brazil to facilitate storage, logistics, ports and transfer of feed grains and meat.

In China’s Pork Miracle?: Agribusiness and Development in China’s Pork Industry (Chinese translation/中译版, English version), we analyze China’s emergence as the largest producer and consumer of pork in the world. We examine the government’s policy to support “Dragon Head Enterprises”—large vertically and horizontally integrated agricultural firms—that have since changed the make-up of the global trade of pork. When the Chinese company Shineway acquired Smithfield, the largest pork company in the world, to form WH Group, we predicted that pork imports were soon to come. In 2017, China has become the biggest pork importer in the world, while maintaining its position as the number one producer.

As IATP documents in its forthcoming report on Brazil’s meat and feed grain industry, these changes have in turn led to dramatic shifts in Brazil as well.

In Fair or Fowl? Industrialization of Poultry Production in China (Chinese translation/中译版 , English version), we discuss China’s appetite for poultry, the food safety scandals linked to it and the role of transnational corporations that help drive both production and consumption. Central to this analysis is the understanding that growing demand for meat is not inevitable but that the industry and its financiers have also helped market and generate demand among the wealthier middle class in China.

Finally, in China’s Dairy Dilemma: The Evolution and Future Trends of China’s Dairy Industry (Chinese translation/中译版 , English version), we track China’s evolution from a largely lactose intolerant society with little domestic dairy production to becoming a dairy giant. Chinese companies today produce vast quantities of raw milk for an urban population thirsty for milk. Yet, since the 2008 melamine chemical poisoning scandal, Chinese companies have also acquired ranches and facilities in New Zealand and Australia to cater to a population that now prefers imported dairy products.  With the sharp drop of milk prices in Europe last year, China is now importing nearly 80 percent of its liquid milk from Europe leading once more to many smaller dairies closing shop in China.

Together, these reports present a vivid picture of the tradeoffs Chinese policymakers have to make between meat and maize production at home and imports and investments abroad to ensure that China’s demand for meat is met. They also raise critical questions about the impacts of these policy choices, which is particularly relevant today as we see the trends highlighted in the 2014 reports come to fruition.

With the Chinese language launch of the four reports Global Meat Complex: China Series and the forthcoming report on Brazil’s meat industry, join IATP with Brazilian and Chinese experts in two upcoming webinars in May and June that address the impacts of the Global Meat Complex and the role of Brazilian and Chinese transnational corporations. Sign up to get updates on the webinars and the release of the Brazil paper.