Food standards on the menu at U.S.-EU talks

With the endorsement on April 15 by a majority of the heads of government of its member states, the European Union has finally taken the formal step needed to move ahead with trade negotiations with the United States. The talks may yet blow up over automobile tariffs, airplane subsidies or a dispute about the inclusion of agriculture in the negotiations. The EU says it never agreed to include agriculture; the Trump administration claims that agriculture is included, and powerful members of Congress have asserted there can’t be a deal without it.

The U.S. negotiating objectives clearly intend to cover agriculture broadly. The trade negotiation mandate adopted by the EU has two parts, one of which addresses tariffs and the other, domestic regulatory changes. The negotiation instruction on tariffs is limited to industrial goods and specifically excludes “agricultural products.” The latter instruction on regulatory cooperation and compatibility, however, does not exclude agriculture.

Thus, we can be sure that food and agriculture will be directly affected by an EU-U.S. trade deal, because any potential carve-out relates only to discussing tariff reductions. As in the New NAFTA, food and agriculture—including product labeling and oversight of food safety, chemical use and emerging technologies—will still be directly affected. This is because both the EU and the U.S. have committed to reducing so-called “non-tariff barriers” through regulatory cooperation measures, conformity assessments and mutual recognition agreements specifically aimed at public protections such as food safety oversight.

In its negotiating objectives announced in January, the U.S. is quite transparent about wanting to block labeling and oversight of currently unregulated newer genetic manipulation techniques, such as gene editing. In the section on food safety the U.S. Trade Representative (USTR) calls for “new and enforceable rules to eliminate unjustified trade restrictions or unjustified commercial requirements (including unjustified labeling) that affect new technologies.” The USTR also wants to “establish a mechanism to remove expeditiously unwarranted barriers that block the export of U.S. food and agricultural products in order to obtain more open, equitable, and reciprocal market access.”

Public statements by U.S. Agriculture Secretary Sonny Perdue make clear that EU prohibitions on common practices in the U.S., such as using the growth-promoting drug ractopamine in pork production, or chlorine and other chemical rinses to disinfect chicken and vegetables, are the kinds of “unwarranted barriers” he expects a trade deal to lift for U.S. exports to Europe. In recent meetings with members of Congress, Perdue has doubled down on these statements, stating Europe will “pay the price” if it restricts pesticides including RoundUp, which contains the endocrine-disrupting ingredient glyphosate, or if it continues to require stringent oversight of gene editing and other new technologies.

The EU wants what it calls a “conformity assessment” agreement that would require the U.S. to accept EU regulators’ determinations—and vice versa—as spelled out in the second part of its negotiating mandate. There are no red lines in this document that would exclude food and agriculture, as is made clear in the accompanying negotiating directives. The only real constraint on the EU’s negotiating authority relates to President Trump’s threats to impose auto tariffs: The European Commission “may suspend negotiations if the United States adopts trade restrictions against European Union exports on the basis of Section 301 of the 1974 Trade Act or under any other similar United States law.” In a previously leaked memo to the European Parliament’s Trade Policy Committee the trade directorate explained its approach to the U.S. negotiations in more detail, touting conformity assessments and mutual recognition agreements in order to “provide for mechanisms to avoid an unnecessary duplication of costs” in agreed-upon “areas of economic importance.” While the EU insists it will maintain current protections and not agree to conformity measures where there are “important systemic differences,” food safety was specifically mentioned as a possible area of agreement in this memo.

What could a trade agreement devoted to conformity assessment mean in practice? Even if the U.S. doesn’t export its food safety standards and the EU maintains its current protections—as its politicians insist it will—the negotiations will still result in weaker food safety protections. Why? Lax inspection and compliance oversight will be exported instead. The plan proposed by both U.S. and EU trade negotiators is to rely on each other’s systems for inspecting products and certifying compliance. How then will the U.S. system—which relies heavily on chemical treatments to kill contaminants and end-product inspections—guarantee that U.S. products meet the tougher food safety standards of the EU, where farm-to-fork tracking protects against contamination throughout production, slaughter and processing?

Bottom line: The U.S. won’t be able to guarantee European consumers that imported food products meet EU standards. In fact, the food safety system overseen by the U.S. government can’t even assure U.S. consumers that our food is safe. The U.S. has a broken system that’s rapidly deteriorating under the Trump administration. For example, as the New York Times editorial board explains, the administration plans to drastically cut independent government trained and employed inspectors by 40 percent, permit unlimited slaughterhouse line speeds and essentially, allow the industry to regulate itself. The delegation of USDA inspection authority to meat plant employees, who are unable to stop production lines when meat products are contaminated, poses a risk to EU consumers and the reputation of U.S. meat exports. A trade deal that reduces government authority to adopt and enforce protective standards will apply here just as it would in Europe, limiting the ability of future administrations and Congress to reverse the privatization of meat inspection and other food safety measures.

In their joint statement initiating the trade talks, the EU and U.S. presidents announced commencing “a close dialogue on standards in order to ease trade, reduce bureaucratic obstacles, and slash costs.” Both the U.S. negotiating objectives and the EU negotiating mandate are premised on the view that maintaining independent regulatory oversight authority after a trade deal is signed is a public burden harming the economy. Yet time and again, just the opposite has proven true. Overlapping oversight can have significant public benefits and helps assure confidence in products in the marketplace and in the economy as a whole.

Take, for example, the Volkswagen emissions testing scandal. U.S. environmental testing (especially at the state government level) discovered widespread cheating by German and other automobile manufacturers that was either overlooked on purpose or left undiscovered by an ineffective EU regulatory system. Had the U.S. and EU already been bound by a trade deal eliminating “duplicative” emissions testing and certification, this fraud on consumers and harm to the environment might never have been uncovered.

Or, consider port of entry checks of food.  U.S. sampling of imported meat (what the industry calls a duplicative and unnecessary “barrier to trade” and wants to eliminate through regulatory cooperation) discovered E.coli contamination of Canadian beef, leading to a massive recall. Canadian regulators missed the problem, but because food inspections were required on both sides of the border, a public health crisis was averted. While we don’t yet know the full story of the Boeing 737-MAX and the tragic crashes of two of these airplanes, there is general agreement that the U.S. safety certification was rushed and delegated significant responsibilities from the Federal Aviation Administration to the manufacturer. Even recognizing that the EU’s Airbus is in competition with the U.S.’s Boeing, is it any wonder that European regulators are rethinking reliance on U.S. regulatory oversight?

There are several reasons that trade negotiations initiated in the Obama administration for a Transatlantic Trade and Investment Partnership (TTIP) broke down even before the 2016 U.S. elections.  As IATP has detailed, consumers and farmers in Europe understood that the proposed agreement was a recipe for lowered standards and a flood of industrial food products that would undermine what remained of smaller-scale, more sustainable farming practices. TTIP remains so toxic that the new EU negotiating mandate specifies “The negotiating directives for the Transatlantic Trade and Investment Partnership must be considered obsolete and no longer relevant.”

That may be so, on paper.

But with TTIP’s regulatory conformity goals imported into the new negotiating directives on both sides of the Atlantic, without any red lines clearly excluding agriculture, food and health and environmental standards, it looks like we’re being asked to buy a trade policy “pig in a poke.” 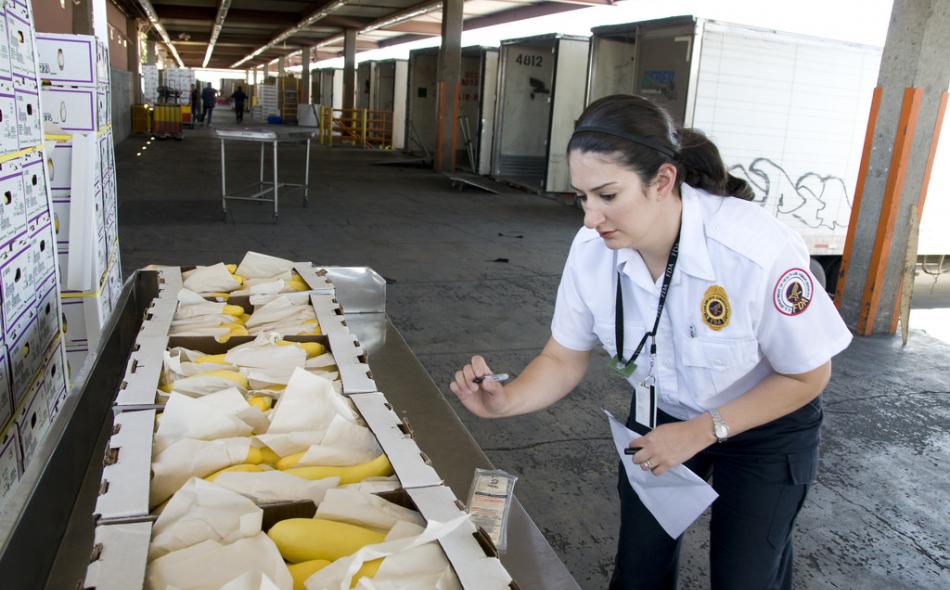 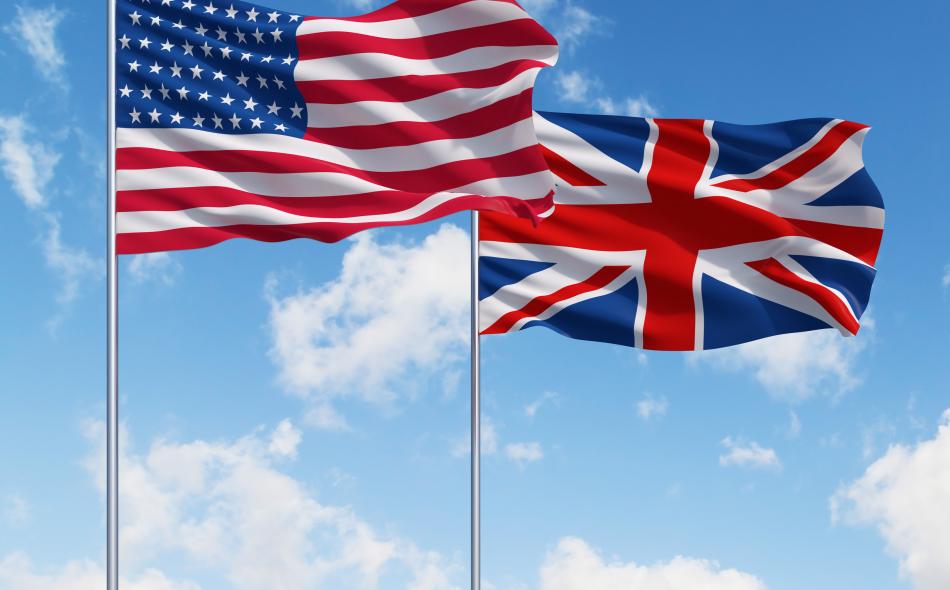 What must be in a U.S.-UK trade agreement 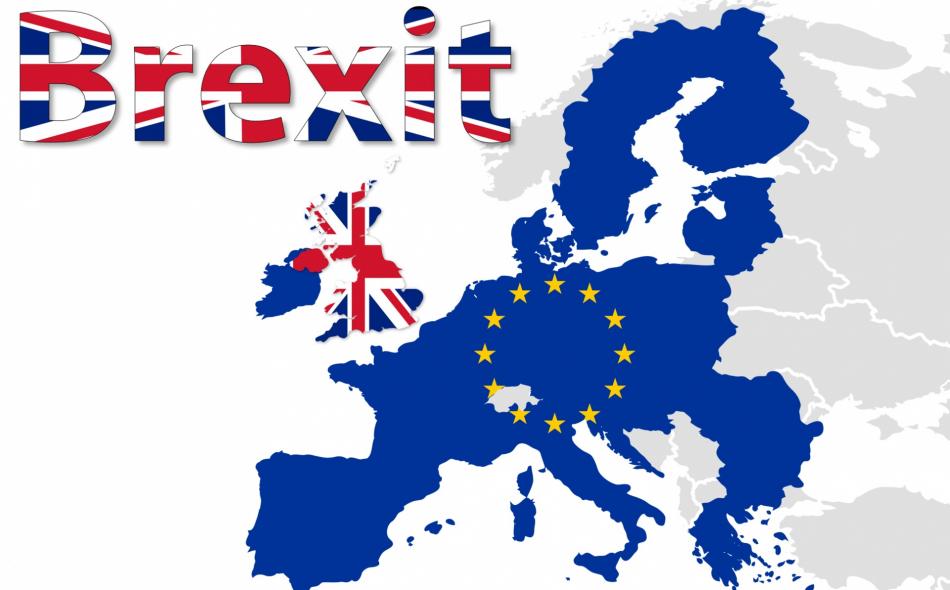