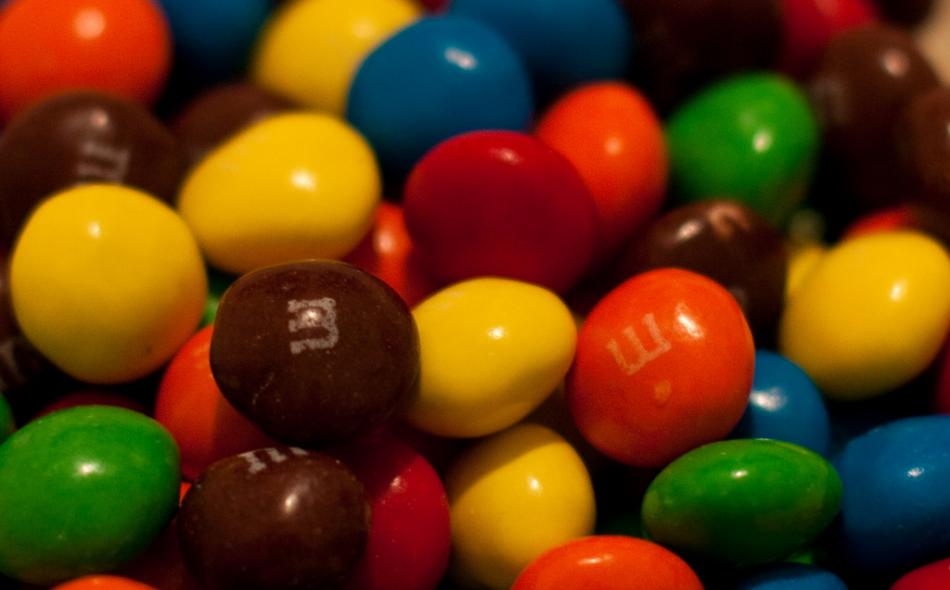 Mars has committed to phasing out its use of nano-titanium dioxide in M&Ms.

In early March, IATP submitted a comment to the European Food Safety Authority (EFSA) regarding a 111-page draft update to 2011 EFSA Guidance to industry on how to assess risks of Engineered Nanoscale Materials (ENMs) in food and feed products. The comment praised the update’s synthesis of a wide array of scientific literature. The legal context of risk assessment and risk management of nanomaterials mentioned in the update suggests that in the European Union, as in the United States, nanotechnology-enabled products will not be subject to mandatory rules, save for a requirement to add the word “nano” to labels of such products.

ENMs are atomic- to molecular-scale sized organic (e.g. starch based) and inorganic (e.g. metal oxides) materials incorporated into consumer and industrial products because the ENMs exhibit chemical and physical properties of commercial interest. For example, nano-titanium dioxide makes candy coatings shinier and, when incorporated into a food packaging polymer, can extend the shelf life of whatever is wrapped. ENMs, particularly those that persist in the human body, may pose risks to health about which there is research, if not scientific consensus.

The EFSA Guidance outlines a tiered approach to risk assessment that distinguishes among ENMs whose properties are very unlikely to pose human health risks from those ENMs, which, when ingested on a frequent basis, might well pose human health risks, according to the scientific literature referenced in the updated Guidance.

The 2018 draft Guidance was released for comment on January 12, at about the same time as the release of a revision to rules implementing the 1997 EU law on novel foods to expedite commercialization of food products derived from novel technologies, such as nanotechnology. Among the features of the revision are “generic authorizations” in which EFSA develops a list of authorized novel foods which can then be placed on the EU market. Businesses can sell those specifically authorized novel foods as long as they respect “conditions of use, labeling requirements and specifications.” To promote food industry innovation, the scientific evidence and data upon which individual authorizations are based will be classified as proprietary and not available for public or peer scientific review until five years after the novel food, including nanotechnology enabled foods, are put on the market.

One risk assessment methodology to enable novel food authorizations was launched at a meeting on February 2. The need for the H2020 GRACIOUS project is explained in the meeting press release and on the EU NanoSafety Cluster website: “Due to financial, time and ethical considerations, safety testing of every unique NM for their potential adverse effects is virtually impossible. For these reasons, more efficient ways to obtain safety information are needed.” Efficiency gains in obtaining safety information are to be achieved by computer-enabled Intelligent Testing Systems (ITS) that “will reduce, refine and replace (where possible) the need for animal testing by promoting the use of modelling (e.g. in silico [computer modelled], fate, exposure), in vitro [test tube] and cell-free tests.” IATP advised EFSA not to allow authorizations of food and feed with ENMs until and unless the ITS results could be independently verified and compared to animal testing results.

Because EFSA has had an unofficial inventory of 55 different ENMs used in food and feed products since 2014, the 2018 regulatory revision of the novel food law, together with the 2018 update to the 2011 risk assessment Guidance, act in concert to explain part of the legal basis nanotechnology-enabled food and feed products that have been on the European market since at least 2014.

The Food Information to Consumers Regulation, which went into effect in December 2014, requires that food products incorporating ENMs be labeled as including the word “nano” for each nano-scale ingredient. (A 2014 European Commission study explains the labeling policy for all nanotechnology consumer goods.) As noted in the IATP comment, French NGOs had commissioned tests of food and cosmetic products to determine whether they contained ENMs. In January, the French NGOs announced civil lawsuits against the manufacturers of four food products and five cosmetic products that contained ENMs but lacked the required labeling.

Unlike EFSA, the U.S. Food and Drug Administration does not maintain an inventory, even unofficial, of any FDA-regulated products with nanomaterials, nor is there any requirement to label such products. On March 6, the Center for Food Safety (CFS) announced an addition of 40 food and food-related products to its searchable Nanotechnology Inventory. A CFS press release states, “This database seeks to improve transparency in our food system and alert consumers to the widespread use of this burgeoning technology.” The CFS database is composed from several other databases, plus original research, within the framework of determining which food and food-related products, such as plastic food containers, containing ENMs are available for purchase in the United States.

FDA held its first public meeting on food and nanotechnology in 2006, and then took eight years to release its voluntary Guidance for Industry. We wrote on March 3, “IATP urges EFSA not to emulate FDA's voluntary approach [to risk assessment consultation with regulatory authorities]. Applicants to commercialize food and feed products with nanomaterials must demonstrate their compliance with the EFSA Guidance.” A food or feed manufacturer may assume that a specific ENM in a food is safe for consumption because its macro-scale counterpart has been consumed safely. In its 2014 voluntary guidance, FDA warned against making such an assumption. However, there is no legal penalty to dissuade a manufacturer from doing so.

IATP noted in its comment to EFSA that CFS and As You Sow had persuaded the Mars candy company and Dunkin’ Donuts respectively to withdraw nano-titanium dioxide from their products. Such tactics of persuasion may be the primary U.S. consumer protection against unknowingly ingesting ENMs, including the organic ones that EFSA judges to be harmless. European consumers at least have a nano-labeling rule that they can use to bring civil complaints against manufacturers and perhaps instigate enforcement by government authorities.

But as IATP emphasized throughout its comment, without the cooperation of developers of nanotechnology-enabled products, a voluntary, de facto self-regulation by industry will not produce a sustainable market for those products. We quoted a December 15, 2017, statement from the European Chemicals Agency (ECHA) that applies to both EFSA and FDA:

In [the] current situation, the authorities cannot verify whether registrants [to the REACH nanomaterials Annex] have demonstrated the safe use of nanomaterials throughout the supply chain or whether further regulatory risk management measures are needed. This may also have consequences in terms of market trust on nanomaterials. The realisation of the great opportunities that nanotechnology and nanomaterials may offer society, should go hand in hand with the transparent demonstration by industry of their safety and sustainability.

Because manufacturers of nanotechnology-enabled products have declined to cooperate with voluntary programs of pre-market safety assessment of those products, the EU wide chemicals law, REACH (Registration, Evaluation and Authorization of Chemicals)’s regulatory enforcement principle of “no data, no market” has been undermined. Data chosen by the nanotechnology-enabled product developer may be presented to EFSA scientists for voluntary risk assessment, but that data and relevant studies must not be shared with the public for five years under the 2018 revision to regulations implementing the novel food law. Whether industry continues to not cooperate with regulatory authorities or keeps the terms and data of such cooperation private, the ECHA management board call for a “transparent demonstration by industry of their [nanotechnology and nanomaterials] safety and sustainability” is unlikely to occur to gain consumer trust.

Correction: This blog has been revised to correct the concept of “generic authorization” in a previous version (published on March 20) and to clarify that the requirement to add “nano” to all nanomaterial food ingredient labeling is part of the Food Information to Consumers Regulation that went into effect in December 2014. IATP thanks Camille Perrin of the Office of European Consumer Organizations (BEUC) for clarifying these points.