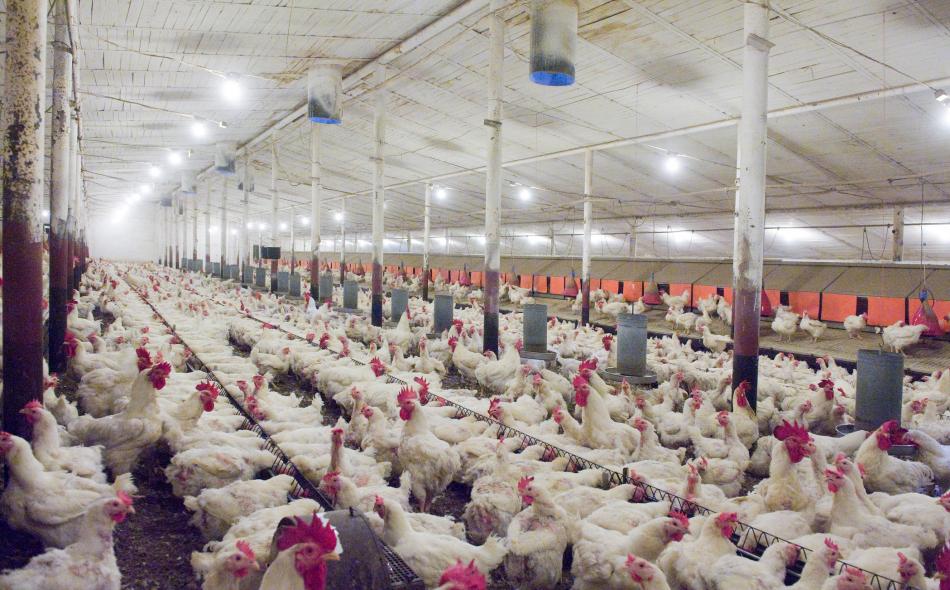 Since the passage of the 1996 Farm Bill, the U.S. market prices of soybeans and corn have dropped 21% and 32%, respectively. These commodities are sold on the market at a price below what they cost to produce. If U.S. agricultural policies contribute to this trend, then they do so to the benefit of commodity purchasers, particularly the industrial operations that use the commodities as raw material inputs. Corporate-owned livestock operations are a case in point. This paper focuses on the broiler chicken industry, which, in the United States, is fully industrialized and vertically integrated. We compare the average costs of production for broiler feed components — corn and soybean meal — with market prices, and then use these cost-price margins to estimate the amount broiler companies save by being able to purchase feed at a price below production costs. We find that the broiler industry gained monetary benefits averaging $1.25 billion per year between 1997 and 2005 when, following the passage of the 1996 Farm Bill, market prices dropped far below production costs. In contrast, broiler industry gains from low market prices averaged a much smaller $377 million per year between 1986 and 1996. We conclude that the corporate broiler industry is a major winner from changes to U.S. agriculture policy that have allowed feed prices to fall. This finding is not significantly altered when we adjust our calculations to account for the overvaluation of agricultural land, nor does it appear to reverse under future cost/price scenarios. As policymakers turn their attention to the 2007 Farm Bill, they would do well to examine the ways in which agribusiness firms in general, and industrial livestock operations in particular, benefit from policies ostensibly designed to support family farmers. Current U.S. farm policies may be driving industrialization in the livestock production system if they give factory operations the appearance of being more cost efficient than diversified, independent operations that grow their own feed.

To continue reading, download the Global Development and Environment Institute working paper no. 06-03.