Hogging the Gains from Trade: The Real Winners from U.S. Trade and Agricultural Policies 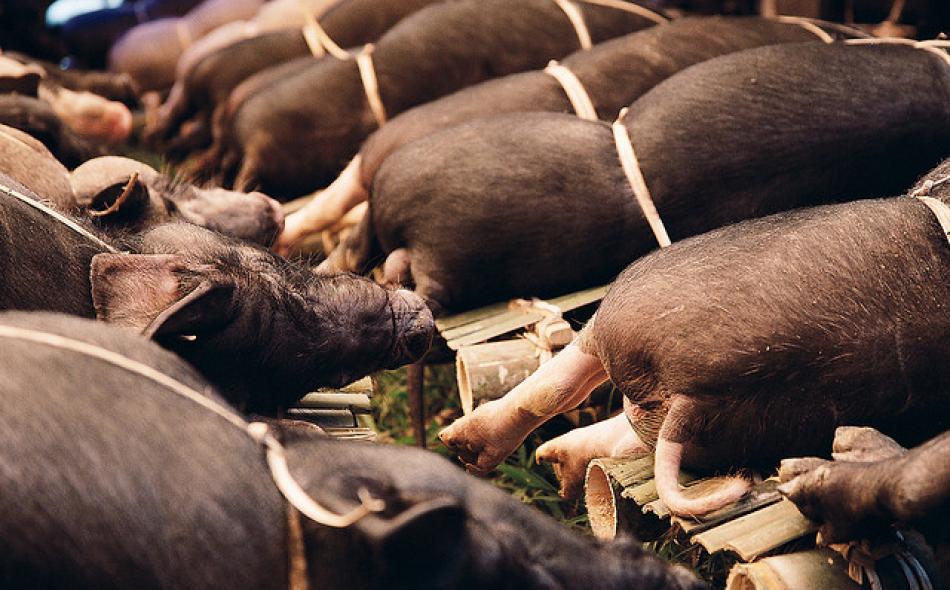 A common complaint about U.S. trade and agricultural policies is that they have favored the economically powerful while doing little for the average person. Labor and citizen groups say the North American Free Trade Agreement (NAFTA) gave unprecedented rights to multinational firms and investors at the expense of workers and communities. Family farm groups charge that U.S. agricultural subsidies go disproportionately to the biggest farms and that the abandonment of price support policies leaves farmers at the mercy of agribusiness firms while taxpayers foot the bill for rising subsidies.

In this policy brief we summarize the ways multinational livestock firms have benefited from both trade and agricultural policies. We explain the gains NAFTA gave them in both Mexico and the United States, in a wide variety of surprising ways. We also show how such firms have gained from U.S. agricultural policy reforms, again on both sides of the border, even though such companies are not the main recipients of U.S. farm subsidies. Finally, we show how the economic impacts of such policies, in both the United States and Mexico, have helped create the low-wage labor force that such firms rely on, a dynamic that is aided and abetted by U.S. immigration and labor policies.

We focus on the U.S. multinational pork giant Smithfield. We do so because Smithfield is the world’s largest pork producer, it has been expanding its operations in both the United States and Mexico, and it has been implicated in significant violations of U.S. labor law. As we’ll show, reforms in U.S. agricultural policies gave Smithfield a steady supply of cheap feed for its hog operations. NAFTA gave the firm the tariff-free exports of its pork, a welcome investment climate to expand into Mexico, and the tariff-free importation of cheap feed from the United States for its Mexican operations. Finally, the displacement of corn and pork producers in Mexico from the flood of U.S. imports gave Smithfield a steady supply of low-wage workers, not only for its expanding Mexican operations but also for its U.S. meatpacking plants, where a growing pool of undocumented workers allowed Smithfield to hold down wages and weaken unionization efforts.