Monocultures of the Genetically Modified Mind: My Surreal Encounter with Monsanto in Mexico 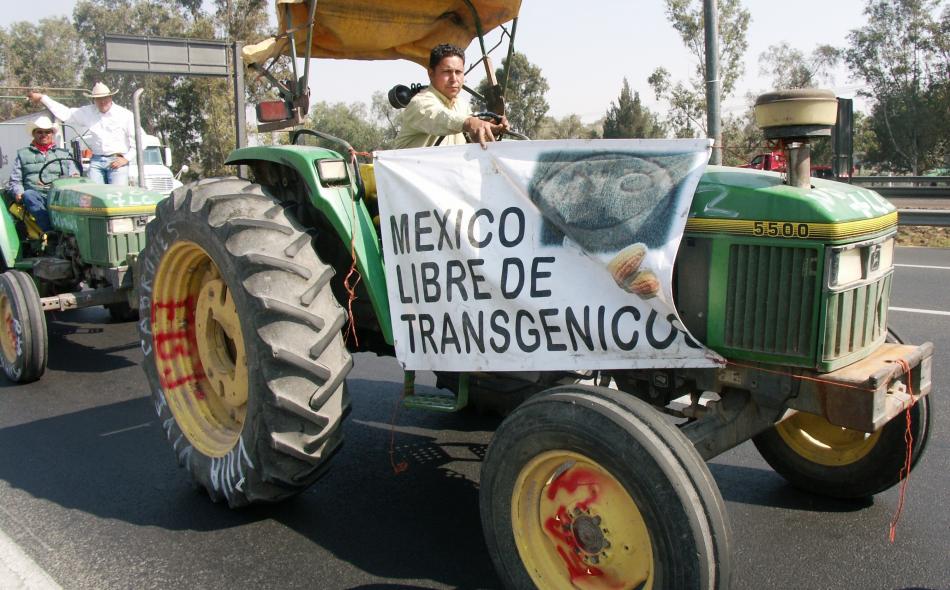 I was surprised to find seed giant Monsanto almost everywhere I went to research my book, Eating Tomorrow. But my closest encounter came early, during a five-hour meeting in 2014 with six Monsanto executives in the company’s high-rise office in Mexico. Monsanto and other seed companies were trying to open Mexico to genetically modified corn. At the time of that meeting, the gene giant had been stopped in its tracks by La Demanda Colectiva, a group of farmer, environmental, and community groups who in October 2013 had won an injunction that suspended the companies’ experimental planting on the grounds that it threatened Mexico’s rich diversity of native corn varieties. Scientists called it “gene flow.” Corn farmers called it “genetic pollution.”

I confess: when I arrived in Mexico in 2014, I was not confident that the country’s dynamic social movements could stop the companies. An appeal filed by Monsanto was pending before another judge. As I wrote in Eating Tomorrow, “Since it was Easter Sunday, I attended mass at San Hipólito Church in the heart of Mexico’s historic city center. Locally, the 18th century church is known less for Saint Hipólito than for San Judas Tadeo, the ‘patron saint of lost causes,’ according to the translation at the church entrance. I didn’t think the GM lawsuit was a lost cause, but it sure seemed a long shot. I lit a candle and said a prayer. I’m not Catholic, nor even very religious, but it seemed the least I could do. The next day, the judge denied Monsanto’s request, leaving the injunction in place.”

Remarkably, that injunction has held for more than five years, withstanding a series of legal challenges. And now Mexico’s new president, Andrés Manuel López Obrador, has promised to ban the cultivation of GM corn.

Continue reading the article on Medium.

Originally published on Medium on June 6, 2019.