Q&A: Why an agriculture work program at the UNFCCC is the wrong approach for farmers, animal welfare and development 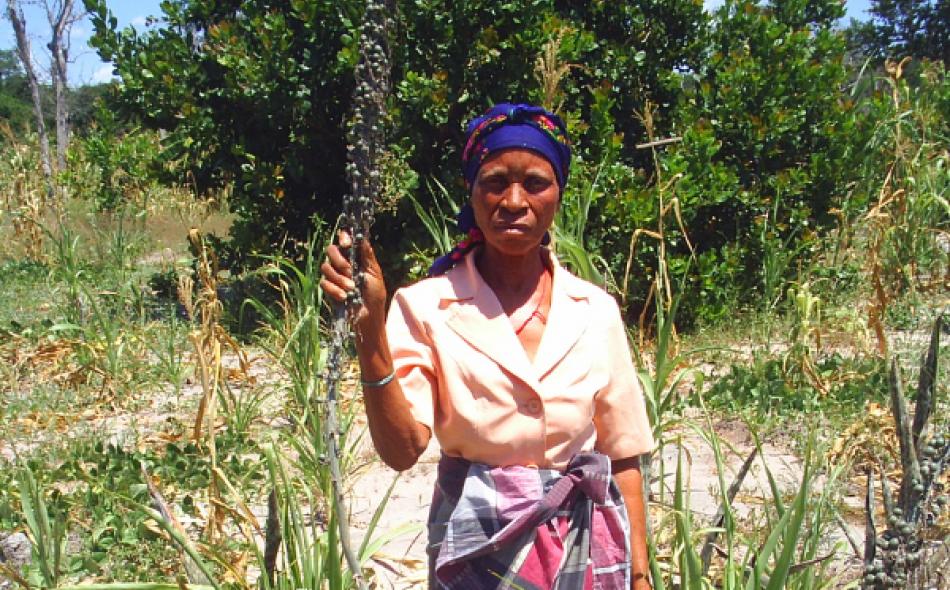 Small scale food producers will be directly bear the brunt of climate impacts.

There is global consensus that the agricultural sector is severely affected by climate change and also contributes to it. Debates are on in numerous national and multilateral forums about the right ways to address these challenges. In the context of the climate negotiations, agriculture is viewed in terms of “mitigation”—how emissions can be removed from the atmosphere—and “adaptation”—the ways in which humans can increase the resilience of agriculture systems in spite of climate change. Real solutions to this complex challenge require a mix of international and bottom-up approaches that are democratic, multi-disciplinary and transparent. They must address the needs of small-scale food producers who directly bear the brunt of climate impacts.

The Durban climate conference resulted in a request for member countries and observers to submit their views on agriculture by March 5 for consideration by the UNFCCC Subsidiary Body for Scientific and Technical Advice (SBSTA, a technical body that provides advice and responds to scientific, technological and methodological questions from the Conference of Parties (CoP) and the Kyoto Protocol Parties). These views will be compiled in a single document by the climate secretariat and considered in the next climate meeting in June1 in order to arrive at a decision by the next CoP (18). The Durban outcome does not ask parties and observers to make a case for or against the controversial issue of the launch of an Agriculture Work Program in the SBSTA. Proposals for such a work program have been contentious for the last two years between key developed and developing countries within the agriculture negotiations in the UNFCCC. Hence, the Durban decision asks parties and observers to submit their views on agriculture with regard to “cooperative sectoral approaches and sector specific actions, to enhance the implementation of Article 4, paragraph 1(c) of the Convention.” The establishment of a work program on agriculture within the SBSTA is only one of several ways that parties could decide to take action, and has some serious drawbacks for small-scale producers.

If countries do not agree to launch an Agriculture Work Program in the SBSTA, could we lose the only opportunity to address the critical agriculture adaptation and food security needs of developing countries and small-scale producers?

The urgent agriculture adaptation needs of developing countries and impacts on food security from climate change are already being discussed in different elements of the Cancún Adaptation framework under the UNFCCC, including in the SBSTA, under the Nairobi Work Program (NWP) on impacts, vulnerability and adaptation, as well as the Work Program on Loss and Damage. For instance, data and observations, climate modeling, socio-economic information, adaptation planning are among the nine major work areas of the NWP, which is currently focusing on water and ecosystem-based adaptation for 2012. The NWP can also hold workshops and consider technical papers, reports and submissions specifically on agriculture adaptation and vulnerability although to date the work program has emphasized cross-sectoral approaches to adaptation, with agriculture included as one of the main sectors.

In Durban, the Africa Group called for progress under the Work Program for Loss and Damage to “expedite work to understand, reduce and compensate loss and damage associated with the adverse effects of climate change, including impacts on agriculture.” The Work Program on Loss and Damage could address sudden extreme events caused by climate change, as well as the slow rise in temperatures and unpredictable climate that are already devastating small land holdings and their yields. An agriculture mitigation-oriented work program would be a major distraction from these urgent tasks given the large number of existing negotiating tracks within the UNFCCC process.

What is the difference between a work program that prioritizes mitigation (the proposed SBSTA work program on agriculture) versus work under the Adaptation Framework?

The Durban decision asks for agriculture issues to be discussed by the SBSTA within the context of “sectoral approaches” to control, reduce or prevent greenhouse gas emissions (UNFCCC Article 4, para 1 (c))2. In June, the SBSTA may decide to forward a decision to CoP18. Some countries, in particular the United States, Canada, New Zealand, and the European Union, would like to see that decision contain a request for an Agriculture Work Program.

Major agriculture emitting countries like New Zealand, and major overall emitters like the United States and Europe, are looking for ways to offset their emissions through emission reductions in developing countries, including through credits for questionable practices such as changing animal diets to reduce methane emissions in their own factory farms without regard for animal welfare. Developing countries that have been active in the negotiations over the past years, on the other hand, are concerned about what such a work program would mean for their development, food security policies, rural livelihoods and agriculture adaptation.

Offsets are bought and sold on poorly regulated carbon markets. These markets are unstable and have not only failed to deliver the envisaged investment, but are increasingly responsible for increased emissions through one of the largest emissions trading schemes (ETS)—the EU ETS.3 Fraud (tax evasion, credit theft, etc.)4, surplus credits, crashing and volatile prices, and the withdrawal of some countries from binding emissions targets under the Kyoto Protocol are just some key factors of its demise. A very small share, perhaps just four percent of the trading revenues generated through this market, is invested in projects to reduce greenhouse gases. The remainder is re-traded several times in a speculative financial market by financial investors. Even when they do generate resources, a huge share is taken up by the carbon consultants who design and market the credits. Developed countries use the availability of carbon markets as an excuse to avoid their responsibility to meet their U.N. Convention obligations to reduce their own emissions, as well as to finance the adaptation needs of developing countries.

Given the stress on mitigation and the SBSTA’s scope of work under article 4.1.(c), an agriculture work program would likely be used to develop and legitimate agricultural carbon methodologies. The World Bank and other carbon credit developers interested in developing more sources of carbon credits for a floundering carbon market want the UNFCCC to move towards approving official agriculture soil carbon, nitrous oxide and methane methodologies that are thus far not accepted under the Clean Development Mechanism (CDM) and which are likely to benefit agribusiness at the expense of small producers and farm animals.

The Adaptation Framework, on the other hand, would focus on examining the real impacts of climate change on agriculture in developing countries and address ways of meeting those adaptation needs.

Why can’t agriculture mitigation and adaptation in developing countries be dealt with and financed jointly in a “win-win” scenario through the carbon market?

Changes in industrial agricultural practices and animal factory operations that are known to pollute water, soils, lead to biodiversity loss and global warming are certainly needed. Developed countries can lead by reducing their own nitrous oxide and methane emissions at home, rather than financing highly questionable soil carbon offsets to be traded on an unreliable and volatile carbon market under the guise of “mitigation that also leads to adaptation.” The carbon footprint of hundreds of millions of small-scale producers in developing countries is negligible compared to large agro-industrial operations, while their vulnerability to climate-induced risk is much greater.

Rather than conflating agriculture mitigation priorities with adaptation needs, UNFCCC parties and organizations supporting food security, food sovereignty, animal welfare and development goals should engage in separate and focused discussions on agriculture adaptation supported through other funding sources, potentially including taxes on bunker fuels, a financial transactions tax or other public funds. They can call for a separate and specific discussion on how to reduce the climate footprint of industrial agriculture by changing industrial practices that make ethical, environmental and economic sense in an era of finite resources, rather than a call for an agriculture work program under UNFCCC article 4.1.(c).

Offsets will only increase the risk of climate change by delaying direct investment in mitigation of the highest emitters, shifting the burden of mitigation onto the poor, and engaging them in unnecessary carbon accounting activities. Under that scenario, important financial resources would be diverted to financial speculators and carbon consultants rather than meeting critical adaptation needs prioritized by the poor and vulnerable.

Official Text from COP 17 on agriculture:

Promote and cooperate in the development, application and diffusion, including transfer, of technologies, practices and processes that control, reduce or prevent anthropogenic emissions of greenhouse gases not controlled by the Montreal Protocol in all relevant sectors, including the … agriculture … sector.

4. World Watch Institute 2011. A Brief History of Fraudulent Activity on the EU ETS accessed at http://blogs.worldwatch.org/revolt/a-brief-history-of-fraudulent-activity-on-the-eu-ets-2/.