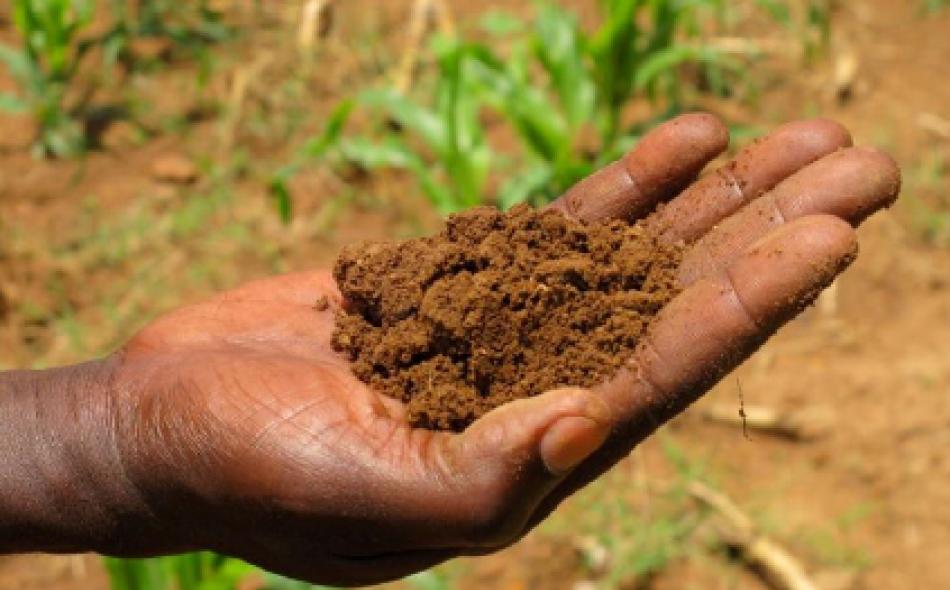 “The Kenya Agricultural Carbon Project is not only the first project that sells soil carbon credits in Africa, it is also paving the way for a new approach to carbon accounting methodologies.”[1]

The current proposal to establish a work program on agriculture at COP 17 strongly emphasizes mitigation over adaptation. This would likely be based on an expansion of the World Bank’s BioCarbon Fund, which holds up the Kenya Agricultural Carbon Project as a model for such efforts around the world. The Kenya project supports important improvements in agricultural practices that will strengthen the soil, increase yields and potentially reduce emissions.

However, there are significant problems with its linkage to carbon markets:

Ø  Low returns to farmers: The World Bank estimates that the Kenya Agricultural Carbon project will generate $2.48 million USD in carbon revenues over the 20-year implementation period. Of that amount, the 60,000 Kenyan farmers participating in the project would receive an average of $22.83 USD, or about $1 USD per farmer per year.

Ø  High transaction costs: The costs of establishing the fund and marketing the carbon credits will amount to an estimated $1.04 million USD, so nearly half of the expected revenues will go to international consultants and project developers, rather than the targeted communities.

Ø  Privileged financing: The Kenya project has received considerable support that may not be replicable in other projects, including more than $1 million USD in pre-financing from the Swedish International Development Cooperation Agency (SIDA).

Ø  Uncertain environmental benefits: The project is estimated to sequester a total of 1.2 million metric tons of carbon, out of which 60 percent will be discounted because of the high level of uncertainty about the permanency of GHG reductions in soil. These reductions will be estimated by computer-generated models and farmers’ reports of their practices rather than actual soil sampling.[2]

Ø  Non-existent market: No compliance carbon market accepts soil carbon credits, and the largest markets will not consider changes until at least 2020. The voluntary markets that could accept such credits amount to just 0.2 percent of the compliance market.[3]

Ø  Diversion of resources: Establishing a carbon market to process international offset credits is expensive. The Kenyan government committed $20.6 million USD in 2011 to establish a national carbon market, funds that were ultimately redirected to addressing the drought and food crisis.

These concerns have been echoed by more than 100 civil society groups from around the world in a letter directed to African environment and agriculture ministers and climate negotiators.[4] Policymakers in governments and donor agencies should consider simpler, more direct means to fund a transition to agroecological approaches that benefit local communities and environments. They should:

Ø  Generate funding through innovative financial mechanisms such as a Financial Transactions Tax or the use of IMF Special Drawing Rights. A Financial Transactions Tax could generate substantial funds and reduce volatile speculative activity. IMF Special Drawing Rights would create a new source of funds at minimal cost to donors.

Ø  Demand that Annex 1 countries honor their legal obligations for new and additional climate finance to developing countries. This should include direct, annual contributions to the Adaptation Funds and other publicly managed, transparent mechanisms that integrate the environment, livelihoods and food security concerns.

Ø  Develop new approaches to agriculture and climate change with local stakeholders coming together to set appropriate priorities. There is substantial scientific backing for agroecological approaches, including from the International Assessment of Agricultural Knowledge, Science and Technology for Development (IAASTD), a multi-year, multi-stakeholder process endorsed by more than 50 governments.

[2] Data on returns to farmers, transaction costs and environmental benefits calculated by Shefali Sharma based on project documents. Cited in Elusive Promises of the Kenya Agricultural Carbon Project, IATP.  September 2011.