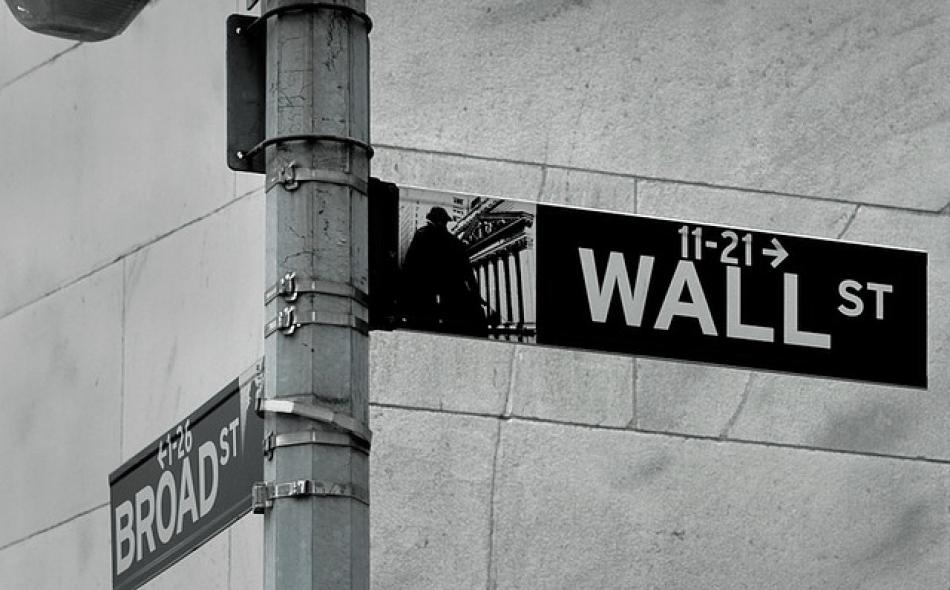 The 2008 food and finance crisis ushered in a series of public debates on the causes of food price volatility and its contribution to growing hunger around the world. When U.S. food and energy prices rise, they affect prices around the world, both because of their contribution to global food supplies and because they serve as reference prices for farmers, businesses and consumers. Food and energy prices have become increasingly linked and increasingly unstable over the last decade, in large part because of speculative investments on commodity markets. The approval of the Dodd-Frank financial reform bill in 2010 was a real victory for advocates of fair and resilient food and energy systems in the U.S. and overseas.

Provisions to increase transparency and reduce position limits to prevent just a few firms from dominating markets could help to moderate, if not prevent, extreme volatility in food and energy prices. The bill’s passage helped to push along similar reforms in the European Union and high-level debates in the G-20, the U.N. and other multilateral forums.

Of course, the devil is in the details, and in the implementation. In fact, much of the initial framework for regulation could still be watered down, or undermined, by well-heeled Wall Street lobbyists operating in both the U.S. and Europe. The Commodity Futures Trading Commission (CFTC) is writing about 30 major rules and 50 “minor” ones to implement Dodd-Frank. Even before the five commissioners approve all the rules, the CFTC will face lawsuits from financial interests and resource constraints to enforce not only the Dodd-Frank rules but pre-existing law. And because most major traders also operate in Europe, the path toward equally strong financial regulations there is also essential. The following is a brief update on several new developments, why they’re important and some challenges moving forward.

Why it’s important: Position limits would restrict the number of contracts any one trading entity could hold across all trading venues during the trading life of a contract (generally 90 days to a year, depending on the commodity). They prevent excessive liquidity from financial speculators that distorts prices. Position limits, if adequately enforced, enable competition among market participants based on the fundamental factors of each commodity (e.g., supply, demand, logistics, extraordinary events such as war and extreme weather).

Progress so far: The CFTC commissioners voted 3-2 in October to issue position limits on 28 commodity contracts, covering nine agricultural commodities and natural gas. The rule covers contracts that require physical delivery of a commodity, and “cash-settled only” contracts for which the parties pay the difference between the futures price and the actual spot price on the contract date. The limit for physically delivered contracts is set at 25 percent of “deliverable supply,” i.e., the supply of a commodity that will be physically delivered on a certain day at a certain destination, unless the contract is resold to another trader. In theory, four trading entities could control the market in a specific contract—a level still dangerously high.

Unfortunately, the CFTC-approved limits are set too high to deter speculation in excess of what is required to enable trading by commercial hedgers. The CFTC may have opted for these more modest goals as part of a legal strategy to defeat a massive Wall Street lawsuit1 to challenge its authority to set position limits. The lawsuit also alleges that the CFTC violated the Administrative Procedures Act by failing to do a cost-benefit analysis of the position limits. The limits chosen are the historic agricultural commodity limits that have not been challenged in court for 40 years and the natural gas limit that has been in place for about a decade. Since the historic limits precede the APA, it is not clear that the APA applies to them.

Why it’s important: Index funds combine various commodities into speculative instruments that have driven much of the market instability, for reasons unrelated to supply and demand. Position limits, effectively enforced, would limit the weight-of-money effect that drives prices upward, since indexed contracts are bet to increase prices. Position-limited contracts, which are bundled into an index fund according to a weighted formula, would then have to be actively managed and respond to fundamental factor information. In other words, index traders will have to compete with commercial hedgers to set prices. Index investor funds grew from about $15 billion in 2003 to around $200 billion in 2008. The Financial Stability Board, which advises the G-20 finance ministers, has characterized the move of exchange-traded index funds into commodities as “disquieting.”

Progress so far: Unfortunately, Dodd-Frank does not authorize regulation of index funds as such. Instead it legislates the components of index trading, including: position limits; pushing Over-the-Counter (OTC) contracts on to regulated exchanges; allowing open access to High-Frequency Trading terminals (which removes the privileged access for big banks and so removes their commercial advantage); redefining so called non-financial traders of index components as subject to the same rules as financial speculators whenever they are hedging financial risk (rather than the commercial risk attached to trading a commodity). IATP, Better Markets, Inc. and other experts believe the CFTC should ban index funds2 because even if their components are regulated, they still correlate and move prices in otherwise uncorrelated commodities.

Why it’s important: Counterparty defaults of the largest OTC traders cascaded into the financial industry crisis of 2008-09, which severely decreased the value of retirement accounts, mortgages, pension funds, and foundation and university endowments, as well as commodity prices. According to a Levy Economics Institute3 study, the Federal Reserve Bank system bailed out the largest financial firms with purchases of “toxic” (unsellable) assets and emergency loans at concessional interest rates. The bailout is estimated to have amounted to $29 trillion as of the end of 2010.

Exchanges report their trades daily and thus contribute price and other information to all market participants to enable price discovery. OTC traders take advantage of this information without contributing timely, complete and accurate information of their own. OTC trades, which are bilateral or executed on unregulated “dark” markets (the trade data is “dark” to regulators), have exploded and make it even more difficult to rein in excessive speculation. The financial services industry is trying to limit the extent to which they have to report trades to preserve the information advantage of dark-market trading. By requiring that all trading venues, and not just exchanges, report trades in near real time (30 minutes after the trade is placed), exchange traders will not be placed at an information disadvantage relative to non-exchange and the remaining OTC traders.

Progress so far: The CFTC voted in October to require most OTC trades to clear on regulated exchanges. Clearing is a credit management process to ensure that counterparties to a trade don’t default on their payments. CFTC rules will also require the clearing houses of exchanges be open to smaller firms. The CFTC is still working on rules, to be released this summer, to require near real time reporting of most transactions. Even the G-20 recognizes the importance of transparency in trading, but its recommendations were limited to calling on governments to share information on pre-trade commodity stock levels.

Why it’s important: There is a real risk that firms will relocate to the jurisdiction with the weakest rules. Opponents of prudent regulation would then claim that trade migration shows that the U.S. rules are too “burdensome” on industry and reduce U.S. “competitiveness.” Rules on extraterritoriality are needed to start to define what would happen when an EU bank, for example, engages in trading through a U.S. counterparty, and will define the standards that would make those firms subject to U.S. rules. Even if there is sufficient U.S.-EU regulatory cooperation to reduce the exploitation of regulatory differences, it is likely that some EU rules will not come into effect at the same time as U.S. rules, leaving a gap to exploit.

Progress so far: Europe is scheduled to implement new financial rules beginning in late 2012. Harmonization of position-limit rules is difficult because many EU member states do not systematically collect the trade data on which position limits are based. While proposed EU reforms call for the collecting and analysis of such data, it is not yet clear when EU position limits will be determined and how they will be enforced across EU member-state markets.

The CFTC will negotiate Memoranda of Understanding with the EU member-state regulators on information sharing and cooperation on enforcement. The CFTC will also release new draft rules in March on the extraterritorial application of U.S. rules to foreign firms that wish to trade on U.S. exchanges and other trading venues. Under Dodd-Frank, foreign firms that wish to trade in U.S. markets must have regulatory regimes “comparable” to those in the United States. It is likely that the EU financial services industry will claim that their U.S. trades should not be regulated because they will be regulated by EU authorities. However, the EU firms, including EU subsidiaries of U.S. firms, are fighting EU regulation too.

Resources for rulemaking and implementation

Why it’s important: The futures market has increased fivefold since the mid-1990s and the OTC market has increased by a factor of at least 20 times, yet the CFTC’s budget has barely increased with staff levels just 10 percent greater than in the 1990s. The agency needs increased and stable funding so that it can write the rules and then begin the difficult business of actually enforcing them.

Progress so far: While the CFTC received some additional resources last year to start the difficult process of rulemaking, the Republican-dominated House of Representatives continues to reject proposed budget increases to implement Dodd-Frank rules. At this point, it looks like the CFTC will have a small increase over the FY2011 budget, but pressure to defund the agency continues. The Obama administration requested $308 million for the agency in its FY2012 budget (which ends in September), but Congress provided only $202 million.

The reforms established under Dodd-Frank constitute important progress in preventing excessive speculation on commodity markets, but much could be undermined, weakened or completely lost in the next phase of regulation. In 2012, debates will move from rulemaking to implementation on several key issues:

2. Better Markets, New Research Shows That Wall Street Speculators Are Driving Up Food and Fuel Prices and That Commodity Index Funds Should Be Banned, October 14, 2011, available at http://www.bettermarkets.com/reform-news/new-better-markets-research-report-shows-wall-street-driving-food-fuel-prices