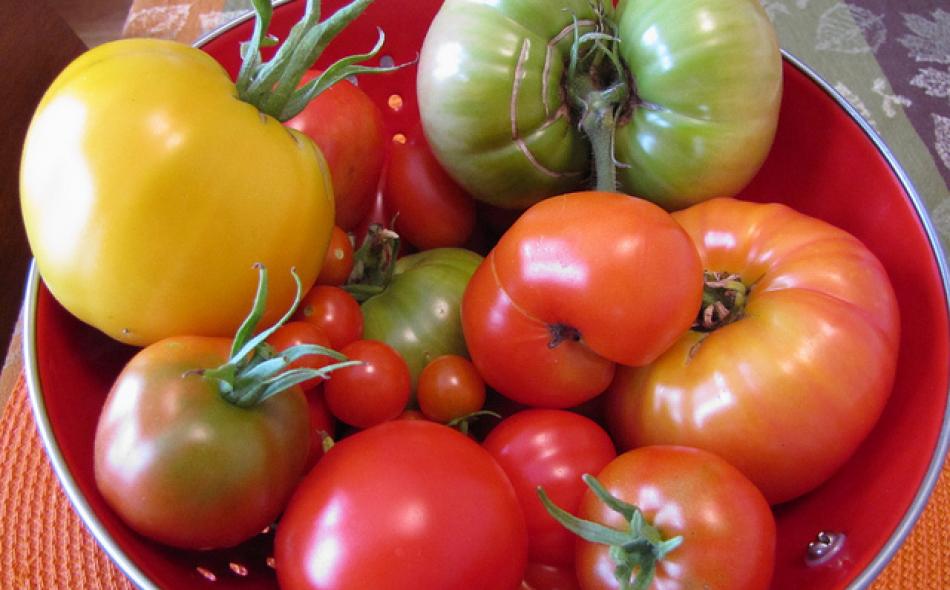 Students across Minnesota will enjoy a wide variety of Minnesota-grown produce during the month of September as part of the expanding effort to connect K-12 students with fresh, locally grown foods and the farmers who grow them.

MINNEAPOLIS – Students across Minnesota will enjoy a wide variety of Minnesota-grown produce during the month of September as part of the expanding effort to connect K-12 students with fresh, locally grown foods and the farmers who grow them.

Farm to School Month is designed to raise awareness of the Farm to School initiative and the benefits of using fresh, locally grown fruits, vegetables and other minimally processed local foods in school meals. Participating schools will serve a wide range of local foods including apples, cucumbers, tomatoes, potatoes, winter squash, peppers, watermelon and carrots, among others. Many will also provide hands-on educational opportunities for students.

The celebration has expanded from one week last year to the full month of September due to Farm to School’s growing popularity across the state. Last week, Governor Mark Dayton signed a proclamation declaring September as Farm to School Month.

“Parents, students and schools know that good nutrition is essential if our kids are to be healthy and ready to learn. Small- and mid-sized farmers, whose products have largely been absent from America’s lunch trays, can offer our children high quality, fresh choices and the opportunity to learn how and where their food is grown,” said IATP’s JoAnne Berkenkamp.

Farm to School is expanding rapidly across Minnesota. At least 123 districts participated in the initiative in 2010, up from just ten districts in 2006, according to a report by the Institute for Agriculture and Trade Policy (IATP) and MSNA. Those 123 districts serve approximately 50 percent of Minnesota’s K-12 student population

The Minnesota Department of Education’s Student Survey found that Minnesota’s children consume far less than the recommended amounts of fruits and vegetables. In 2007, only 20 percent of 6th graders, 18 percent of 9th graders and 16 percent of 12th graders consumed the recommended levels. A diet lacking in fresh fruits and vegetables has been linked to a variety of diseases while good nutrition has been proven to benefit a student’s ability to learn.

Rae Rusnak, a family farmer who provides produce to the Northfield school system highlighted the many benefits of Farm to School. “Farm to School does a lot for local economies and for our producers and the children who eat the produce. It encompasses many good things and I hope it continues to grow,” she said.

“It’s one of the most rewarding projects I have ever worked on,” added Carrie Frank, food service director for the Dover-Eyota schools and a recognized leader in Minnesota’s Farm to School movement.

Some of the Minnesota school districts participating in Farm to School Month include:

Winona Area Public Schools
Winona Area Public Schools will be serving locally grown melons, sweet corn, potatoes—including purple potatoes—greens, wild rice and a variety of unique carrots. They will also serve locally raised bison. The food service staff will be wearing “I Dig My Farmer” t-shirts throughout the month and will provide educational materials that feature their local growers and the benefits of eating locally produced foods. Contact: Lyn Halvorson (507) 494-0831

Wayzata Public Schools
Wayzata schools will serve locally grown sweet corn, green beans, cantaloupe, carrots, green peppers and other produce. On September 24, from 9:00 a.m. to 1:00 p.m. at Central Middle School, a “meet and greet” event will be held to build connections among students, parents, farmers and other local food vendors. There will also be a tour of a greenhouse and students will experiment with planting seeds. Students can also milk a mechanical “cow” and will sample local breads and dairy products. Parents will be provided with recipes for a healthy dinner, which can be sampled at the event. Contact: Mary Anderson (763) 745-5154

Benson and Morris Area Public Schools
Morris schools will serve food grown in their school garden including green beans, onions, peppers, squash, pumpkins, zucchini and potatoes. Their agriculture department and Future Farmers of America (FFA) operate a garden and a greenhouse, which will be used until December and reopened in February to grow hydroponic tomatoes, lettuce, herbs and pea pods. In Benson, a local greenhouse will raise lettuces, greens and other cold vegetables that will be served to students. The schools have also contracted with a number of local producers to provide wild rice, apples, green peppers, cabbage, sustainably raised pork and hot dogs. Sweet corn will be donated from local farms. Food service staff will wear t-shirts that say “farm to school—local farms fresh foods” whenever Farm to School foods are served. Educational information on locally grown foods will be printed on the back of menus and producers will come into the schools to talk with students about local food production. Contact: Jeanine Bowman (320) 842-2702 or (320) 589-4840

Many schools will continue their Farm to School efforts throughout the school year. For more about Farm to School in Minnesota go to www.farm2schoolmn.org.