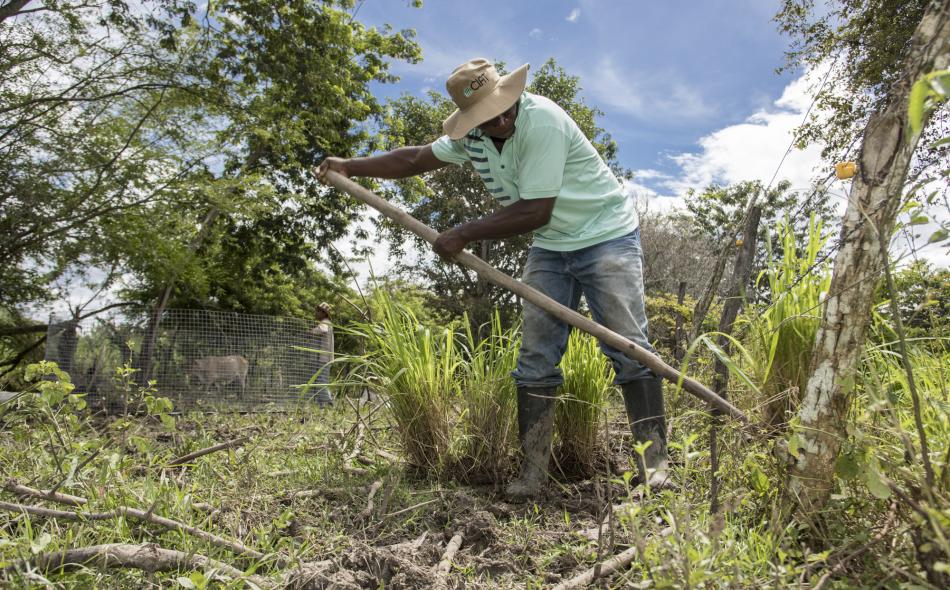 The IPCC gives us 12 years to limit global warming to 1.5˚C. The IPBES Global Assessment has revealed that nearly a million species are on the verge of disappearance at an unprecedented rate of extinction. Climate change has become a primary cause of biodiversity loss, while land use change is a key factor in both the climate and biodiversity crises. Both the IPCC and IPBES call for “transformative” change that can still reverse these catastrophic trends.

Agroecology is a transformative approach that can galvanize a just transition away from a destructive conventional agriculture and food system to one that builds agricultural resilience, rebuilds ecosystems, supports localized, fair food systems and strengthens local communities. It is an innovative process that seeks to produce significant amounts of food by maintaining and enhancing biological and ecological processes through practices that minimize the use of external inputs, recycle nutrients, build healthy, fertile soils and conserve moisture in the agroecosystem.

Agroecology puts more power in local farmers’ hands, in contexts where they have long been disempowered. It is built on traditional knowledge and cultural practices, enhanced by scientific advances, and spread through farmer-to-farmer exchanges. The Food and Agricultural Organization (FAO) defines agroecology as a scientific discipline, a set of practices and a movement. It is a dynamic concept that has evolved over decades to expand its scope from a focus on agroecosystems—understanding field-level farming practices that rely on high agrobiodiversity—to include not only ecological, but also socioeconomic, nutrition and even equity aspects of agriculture and food systems. While there are many techniques intended to improve environmental sustainability and yields, agroecology is an integrated approach to the entire agroecosystem (rather than individual plants, animals, humans or soil organisms). Agroecologists recognize that technological advances are essential, but that they occur in specific socioeconomic contexts that can either reinforce or challenge inequality and environmental sustainability.

Key agroecological principles, based on experiential learning from social movements and networks of small-scale farmers, landless farmers and farmworkers, include:

Advancing agroecology through the Koronivia Joint Work on Agriculture (KJWA)

Despite agroecology’s successes at withstanding droughts—and hurricanes—there is a lack of awareness among decision-makers of the significant potential of agroecology to tackle challenges related to the climate and biodiversity crises. As governments at the UNFCCC engage in the Koronivia Joint Work on Agriculture (KJWA) on adaptation, soils, nutrient use, manure management and livestock systems (see points: 2.c, d, and e), it is critical that they take note of progress being made on agroecology in key U.N. bodies and at national and sub-national levels to inform their discussions leading to an agriculture decision at COP 26 and integrate them in KJWA. In addition, these developments in agroecology should also be a central component in enhancing mitigation and adaptation within NDCs.

Agroecology has been gaining ground in many U.N. processes, especially those centered at the Food and Agriculture Organization (FAO). A recent decision by the FAO’s Committee on Agriculture (FAO 2018 COAG/2018/5) to support agroecology as a key approach to promote sustainable agriculture and food systems has given rise to FAO’s Scaling up Agroecology Initiative (SAI 2018), which aims to support national agroecology transition processes through policy and technical capacity that builds synergies between countries. SAI endorses the 10 elements of agroecology that are based on seminal scientific literature and inputs over a three year process of FAO regional and international multi-stakeholder symposiums (2015-2018). The Initiative will develop, implement and continuously improve tools, instruments and guidance documents for leading national agroecological transitions through alliance building, co-creation of knowledge and knowledge sharing. (See also five principles of agroecology and five levels of agroecological transitions.)

In addition, the U.N. Committee on World Food Security (CFS) (the foremost inclusive intergovernmental and international mechanism on food security and nutrition) requested its High Level Panel of Experts (HLPE) in 2017 to elaborate on agroecological approaches and other innovations for building sustainable food systems that enhance food and nutrition security. This HLPE #14 report will be released in Rome in July 2019, and its recommendations will be taken up for consideration in October 2019 during the CFS annual meeting. A set of CFS decisions are expected in 2020. Decisions from the CFS would not only guide national policies on food and agriculture and contribute to informed national debates on food sovereignty and the right to food, but also help guide the three Rome-based U.N. food agencies in their regional and country level program development. The KJWA process should in no way undermine the progress being made in these other fora on agroecology and should seek to incorporate the benefits of agroecology in both international and national level climate policy on agriculture.

A review of scientific literature examining social and economic indicators in 42 studies showed that adopting agroecological practices increased yields (in 60% of comparisons), labor productivity (100% of comparisons) and farm profitability (56% of comparisons), and decreased labor demand (75% of comparisons, likely resulting from an increase in yield and labor productivity). Because of its emphasis on minimal external inputs, instead recycling nutrients through a reliance on biological processes and agrobiodiversity, agroecological practices can be labor intensive but not necessarily cash intensive. This is an area for further research as the social and economic performance of agroecology and its indicators are not as well-documented as its impacts on farming communities and other practitioners.

Agroecology increases production in ways that enhance biodiversity and nutritional diversity due to a reliance on integrated cropping systems rather than unsustainable and intensive monocrop production. This diversified approach also reduces vulnerability to biotic and abiotic stress from weather and disease. The advantages of this approach were conclusively demonstrated in the 2008 International Assessment of Agricultural Knowledge, Science and Technology for Development (IAASTD), a multi-year study involving hundreds of experts and several U.N. agencies. The findings were re-substantiated in a report submitted in 2010 to the U.N. Human Rights Council by the U.N. Special Rapporteur on the right to food, Olivier De Schutter. It showed the additional value of agroecology, not only for fast progress in the realization of the right to food for vulnerable groups in various environments, but also for economic development. The report called for appropriate public policies to create an enabling environment.

Way Forward for the KJWA

The KJWA should build upon these and other international processes that are well underway. A number of national and regional governments are also moving forward with policy and funding support to institutionalize and operationalize agroecology. Parties participating in the KJWA should take the time to understand what their own governments are doing with regards to research and support for the expansion, operationalization and implementation of agroecology. They can learn from and build upon current international, national and subnational processes. At a minimum, the discussions and any actions taken through the KJWA must not undermine the enormous potential of agroecology to meet international climate and food security goals.