The GMO labeling fight at the Codex Alimentarius Commission: How big a victory for consumers? 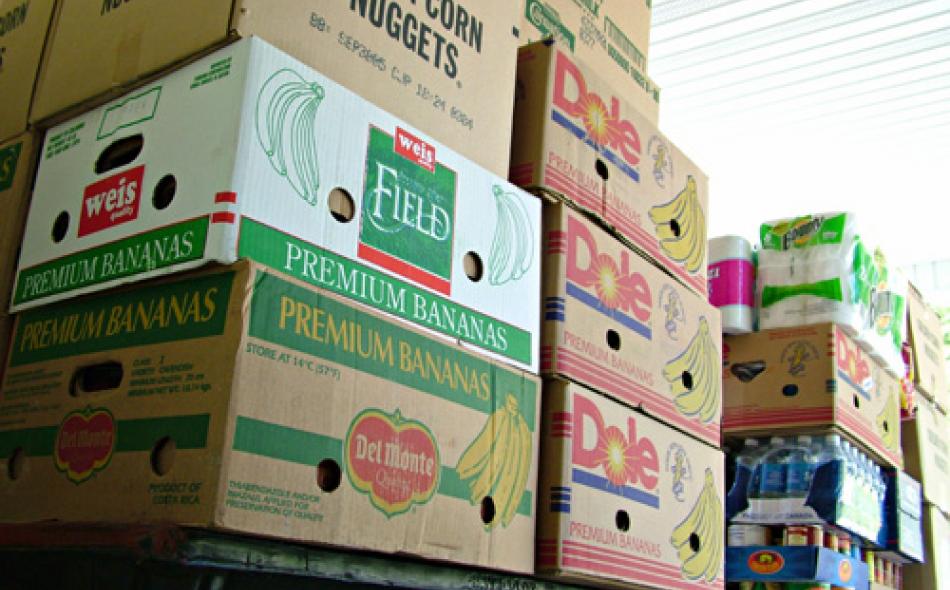 Currently, labeling GMO foods for international trade is voluntary. Unless a country opts to label their GMO goods, those foods containing genitically modified ingredients will remain a mystery.

The Codex Alimentarius Commission is an overlooked international body with representatives of 136 governments, about 100 food industry associations, several intergovernmental organizations, and a smattering of consumer and other nongovernmental organizations. Codex food standards are recognized by the World Trade Organization (WTO) as authoritative, so seemingly small matters of wording in a standard often can have major international trade consequences. The Codex has a duel (and often conflicting) mandate to protect consumer health, as well as to write standards that facilitate international trade.

A standing item of contention on the Codex Committee on Food Labeling (CCFL) for two decades has been whether or not to recommend to the commission the adoption of a labeling standard for foods with genetically modified ingredients. The United States and several other exporting countries of genetically modified organisms (or “foods derived from modern biotechnology” in the Codex terminology) had opposed any labeling of GMOs as “misleading even if true.” The justification for opposition was that even though governmental adoption of any Codex standard is voluntary, the adoption of a GM labeling standard would become an unfair trade barrier. However, at a June 16 meeting, the U.S. Codex Office announced that it would not oppose the adoption of a Codex guidance on the voluntary labeling of GMOs.

On July 5, Consumers International (CI) welcomed the commission’s adoption of a text to allow voluntary labeling of GMO products. IATP likewise congratulates the commission for deciding to allow governments to inform consumers of what they are eating with less fear of WTO-authorized trade retaliation. This is no small victory for consumers. However, The Codex text did not support the mandatory labeling that CI and IATP have sought. (The final labeling text and report of the July 4–9 commission meeting have yet to be posted on the Codex web site.) Governments that choose to label genetically modified commodities or foods with GMOs will be able to justify such labeling as a risk-management tool. For example, consumers who may suffer allergic reactions to GMOs, will now have the opportunity to identify what food or foods may have triggered their reactions. Such identification may aid medical personnel to speed the recovery of food allergy patients and GMO labeling will help enable them to avoid future allergic reactions.

For the implementation of GMO labeling to avoid a WTO trade dispute over an alleged unfair trade barrier, the labeling will have to apply to both imported GMOs and domestically grown or produced GMO food products. Nevertheless, the question arises, why did the U.S. government and the agricultural biotechnology industry it has served for more than two decades decide to allow the voluntary labeling guidance to be adopted?

There are at least three main reasons for the decision to allow adoption of Codex labeling guidance. First, and self-evidently, because the labeling is voluntary and not mandatory, the U.S. government and U.S. companies will not have to adopt the standard. The U.S. government and industry-presumed commercial advantage to not label exports of GMO agricultural products will be maintained.

Secondly, the biotechnology industry continues to set U.S. agricultural trade policy through the revolving door that has remained spinning in the Obama administration. For example, on March 31, Sharon Bomer Lauritsen, vice president for agriculture and food of the Biotechnology Industry Organization, was named to serve as an assistant U.S. Trade Representative in its Office of Agricultural Affairs. She will report to another former biotech industry official, Isi Siddiqui, the chief U.S. agricultural trade negotiator. Governments that adopt Codex voluntary guidance for U.S. GMO exports could find their own export prospects diminished through both tariff and non-tariff trade barriers without the bother and expense of a WTO trade dispute.

Thirdly, and perhaps least obvious, U.S. food import controls continue to be weak, as confirmed by a mid-June report by the Inspector General of the Food and Drug Administration. U.S. importers have little liability to worry about in the event of a food product recall, whether or not GMO, because of the food industry’s and FDA’s weak food recall capacity. Gathering evidence to determine the locus of liability for foodborne illness requires a strong food traceability and recall system. Neither the food industry nor the U.S. Congress has supported paying for such a system.

These reasons and more should not overshadow the victory that consumer organizations have won in gaining for consumers the right to know what they are consuming. But neither should the scope of the victory be over-estimated. The implementation of the Cartagena Protocol on Biosafety and the Food and Agriculture Organization (FAO) Treaty on Plant Genetic Resources for Food and Agriculture have been stymied by U.S. diplomatic efforts on behalf of the biotech industry, industry “seed purity” initiatives and World Bank loan program incentives to adopt GMOs as the platform for a “Second Green Revolution.”

If the adoption of GMO labeling is restricted to European Union member states, which are now under huge pressure from the European Commission to end its “zero tolerance” policy for so-called “low incidence” of GMOs in nominally non-GMO imports, then the victory of the biotech industry will be sweet. Consumers will have to swallow whatever agribusiness serves up in imported commodities and food—labeling, and consumers' right to know, be damned.