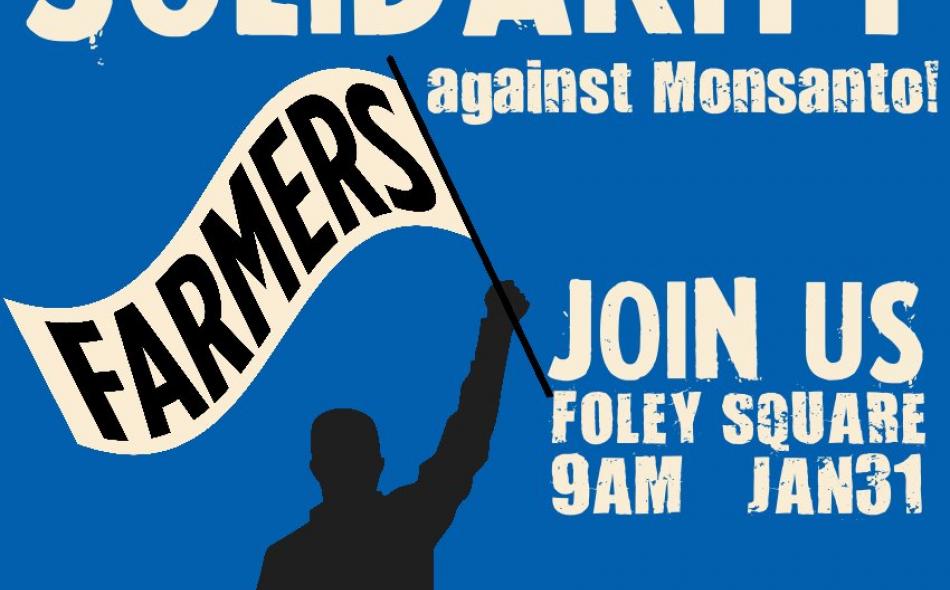 On January 23, over 20,000 people poured into the streets of Berlin to say that they have had enough of industrial agriculture. The demands made in Germany can be heard all over the world starting with fair treatment of farmers and consumers, safe food, an end to food speculation and a respect for nature and the welfare of animals.

Like the Germans, it time for us to say, “We’ve had enough!” of Monsanto’s agriculture. From super weeds to pest resistance in corn, genetically modified seeds have failed. Now Monsanto is turning to even more dangerous products with new varieties that will only increase the amount of herbicides in the environment.

At the heart of industrial agriculture is a long running conflict between corporations and farmers on who will control food production. Occupy Wall Street has come out on the side of farmers and all who eat to say, “We’ve had enough!”