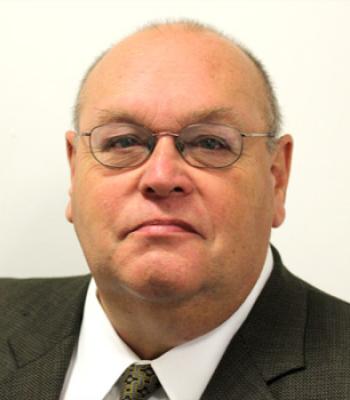 Dale worked at IATP in communications, IT and on special projects from 1993 to 2016.

Dale Wiehoff grew up in St. Cloud, Minnesota. From 1976 to 1986 he farmed a dairy, sheep and bee farm in western Wisconsin. He served on the board of the U.S. Farmers Association, a national farm organization that supported fair prices for farmers.

From he served on the board of the Stern Family Fund, a progressive foundation headquartered in New York with a strong commitment to social and was president from 1981-82.

Dale co-founded the Nicaragua Exchange, 1983-1986, a solidarity organization that sent more than 1,500 U.S. citizens to learn firsthand the impact of the war as volunteers harvesting coffee and cotton in remote rural areas.

He was a founding member of the board of the Wisconsin Community Fund, from 1982-1986.

From 1992 - 1994 Dale was the membership director of the Working Families Party, a third party organization that is based on the “fusion” principle of cross-party endorsements in states where it is legal, including New York, where he worked in the national office.

He was honored to join the staff of the Institute for Agriculture and Trade Policy, from 1994 to present, as VP for Communications and Interim Executive Director, 1996-1999.

He was a founding board member of the Progressive Technology Project from 1998-2004, a national training project based in Minneapolis that helps community organizing groups access and use technology.

Dale was elected to a three-year term on the Wedge Community Co-op board in 2010 and currently serves on the board of the Working Organization headquartered in Brooklyn, New York.

New strain of avian flu strikes in Indiana
Mennonites leave Mexico in search of water
Where have all the dead chickens gone?
Greece: No to austerity, yes to democracy
A Game of Chicken
The revenge of the Third Kingdom
Stop the DARK Act and label food containing GMOs!
Rain in California, a time to ask hard questions
Don’t offer farmers and citizens to multinationals: Stop TTIP and CETA
Why $3 corn won’t spark a prairie fire