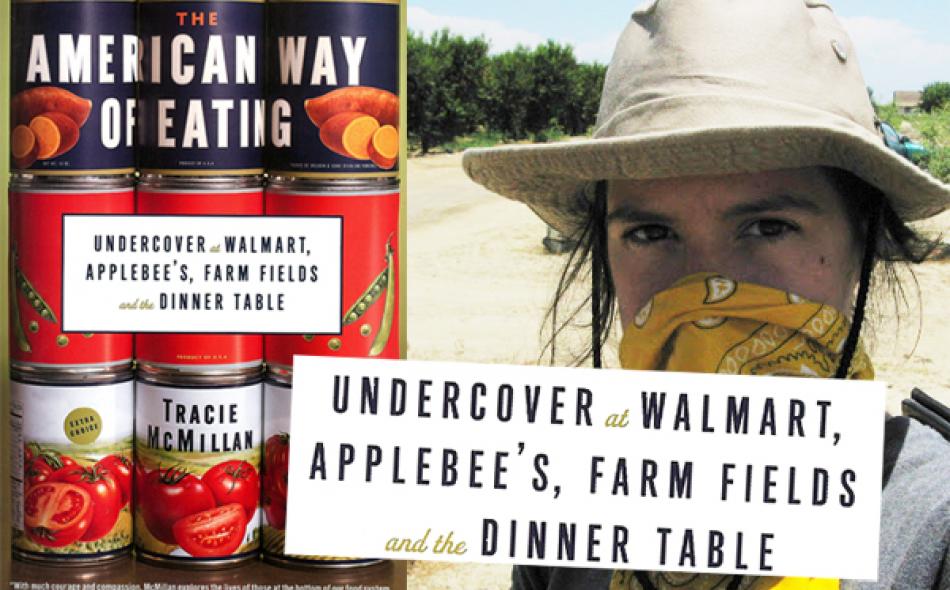 Our global food system hinges on secrecy. The anonymous nature of where the food in our supermarket was produced brings one layer of secrecy. But even if you can solve that puzzle, how it was produced—and more specifically under what working conditions it was produced—remains completely hidden. This is the curtain that author Tracie McMillan pulls back in her remarkable new book, The American Way of Eating.

In the spirit of investigative journalists like Barbara Ehrenreich before her, McMillan documents her experiences picking grapes, peaches and garlic in California, working in the Wal-Mart produce section in Michigan, and in the kitchen at Applebee’s in New York City. The book is receiving a ton of high praise and deservedly so, with Rush Limbaugh a notable exception.

Each section gives a fascinating glimpse into the lives and working conditions of people who produce our food. We also learn how difficult it is to live, let alone eat healthy, on the meager wages these jobs pay. The work conditions described by McMillan are very different—from the fields to the supermarket to the kitchen—but all reflect a certain powerlessness in relation to their employer, combined with solidarity as co-workers help each deal with the challenges of the work (with a disturbing exception on her last day Applebee’s).

While the book focuses on food in the U.S., food worker exploitation is an international story. Wal-Mart and Applebees (one of the world’s largest sit-down restaurant chains) are global corporations, and source food from all over the world. Many of the workers in the fields of California were forced, through economic circumstances, to migrate north from Mexico after the North American Free Trade Agreement (NAFTA) went into effect in 1994. This was particularly true for families involved in agriculture. And certainly the global food system is increasingly following this U.S. model of food production.

McMillan’s book reminds us that with secrecy often comes exploitation. We wrote last week about the Coalition for Immokalee Workers’ fast for fair food to raise awareness about fair pay and treatment of tomato workers. Many others, like the Food Chainworkers Alliance, are leading other areas this work. Each initiative takes a step toward making justice for workers part of our way of eating.