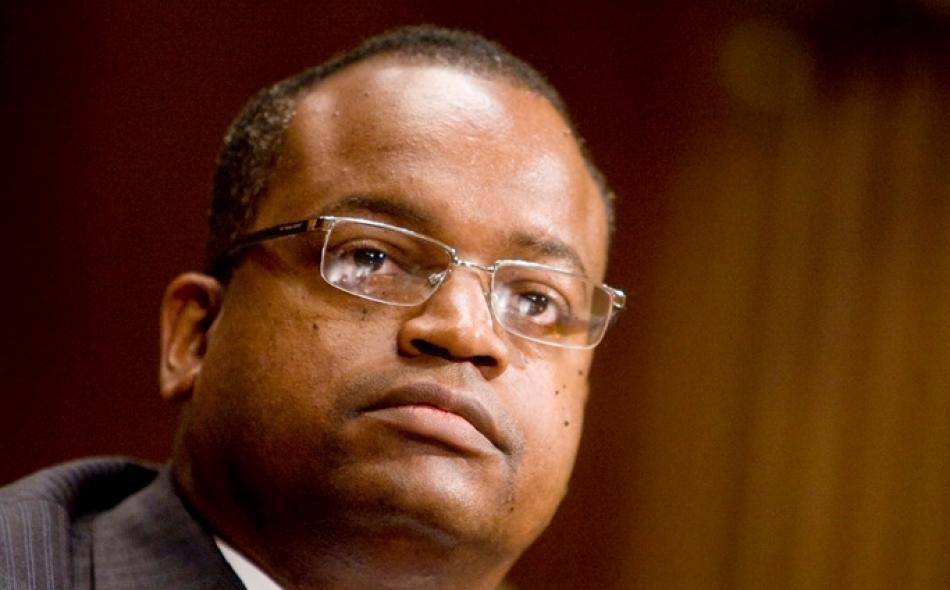 Last week a U.S. federal judge struck down a Commodity Futures Trading Commission (CFTC) rule designed to prevent excessive speculation in agricultural and non-agricultural commodities by Wall Street and its biggest corporate clients. A growing body of peer-reviewed research and public interest analysis has shown how the dominance of financial institution speculation in commodity markets has resulted in structurally higher and more volatile prices. The position limit rule restricts the amount of contracts that can be held by any one trader and its affiliates during a given time period. The rule was scheduled to go into effect on October 12. Agribusiness firms, such as Archer Daniel Midlands and Bunge Ltd., are among the non-banks seeking to delay and weaken rules on over-the-counter  trades (OTC) that are privately negotiated and not reported to regulatory authorities.

IATP, as a member of the Commodity Markets Oversight Coalition (CMOC), has advocated the extension of CFTC position limit rules to include OTC trades. As CFTC Chairman Gary Gensler has stated in dozens of speeches, most recently on October 1 at the Bank of England, the lack of regulation of the OTC markets was a major factor in the financial service industry crisis of 2008-09, triggering the Great Recession in which we are still ensnared.

The Dodd-Frank Wall Street Reform and Consumer Protection Act authorizes the CFTC to set limits on what percentage of specified commodity contracts can be held by any one entity and its affiliates. The purpose of the position limits rule is to reduce or prevent financial speculation in excess of the liquidity needs of the commodity producers, processors and transporters that are protecting themselves against sudden price increases or decreases in the commodities covered by the rule.

Agricultural contracts, when bundled into commodity index funds, are bet to increase prices, regardless of supply and demand fundamentals. The “weight of money” of unlimited positions drives prices higher than can be explained by market fundamentals. As the banks “roll” in and out of contracts, price volatility increases beyond supply and demand related volatility. The United Nations Food and Agriculture Organization (FAO) regards price volatility as a major driver of increased rates of hunger, particularly in developing countries.

According to the Office of the Comptroller of the Currency (not a regulator of these contracts), during the first quarter of 2012, Goldman Sachs, JP Morgan Chase, Citibank and Bank of America were counterparties to 57.3 percent of all OTC contracts. The "Big Four" were dealmakers in 93 percent of all derivatives contracts (OTC plus regulated contracts). These banks, major beneficiaries of the $29 trillion Federal Reserve Bank emergency loan program (which rescued them from bankruptcy), strongly oppose a position limit rule that would reduce their control over the OTC market. (A September 2012 Bank for International Settlements report stated “...we find no evidence that rescued banks reduced the riskiness of their new lending.”)  They joined other bank and non-bank members of the International Swaps and Derivatives Association (ISDA) and the Securities Industry and Financial Markets Association (SIFMA) in a lawsuit to prevent the implementation of the position limit rule.

On September 28, Judge Robert Wilkins of the Washington, D.C., district court, declared that the CFTC had misinterpreted the Dodd-Frank legislation by not making the rule respond to “ambiguities” he found in the law. Among these ambiguities was whether, as the plaintiffs argued, the words “as appropriate” qualified the “shall” authorizing the CFTC to set position limits only if appropriate, or whether, as the CFTC argued, “as appropriate” applied to the amount of position limits that Congress categorically had obliged the agency to set. Judges customarily defer to federal agency interpretations when the judges find ambiguities in laws. However, Judge Wilkins chose to side with the plaintiff’s claim that “as appropriate” qualified “shall” to mean that the CFTC was not obliged to set position limits. Judge Wilkins, again concurring with the ISDA et al., further ruled the CFTC was obliged to conduct a “necessity finding,” which likely would entail a “complete” cost-benefit analysis demanded by the plaintiffs, before the position limit rule could go into effect. In a 43-page order, he nullified the rule and required the CFTC to revise it in “further proceedings consistent with this Opinion.”

Judge Wilkins rejected the validity of Friend of the Court brief filed by some Democratic Party members of the U.S. House of Representatives and the U.S. Senate that affirmed there was no ambiguity in the law and legislative history to authorize the CFTC to set and enforce position limits. Instead, Judge Wilkins concurred with the ISDA and SIFMA argument that the CFTC had to demonstrate that position limits are both “necessary” and “appropriate” to prevent or reduce excessive speculation before it could set, implement and enforce them.

Again, concurring with the plaintiff’s arguments, Wilkins criticized the CFTC for not having conducted “necessity findings” based on cost-benefit analyses for each and every position rule covered contract, as the agency had done for a handful of agricultural contracts from 1938 to 1956. During that time exchanges were required to report all agricultural contract data daily to the CFTC’s predecessor agency. Remarkably, Wilkins ignored the Commodity Futures Modernization Act of 2000, which authorized the CFTC not to require reporting of OTC data for position limit surveillance by regulators.  The contract specific reported OTC data that would factor into the “complete” cost-benefit analyses the judge and Wall Street demand to justify position limits do not exist as a result of CFMA market deregulation. OTC and index trader data reported monthly to the CFTC since July 2010, as a result of Dodd-Frank, could well be regarded by the judge as an insufficient basis for “complete” cost-benefit analyses.

John Kemp, Reuters’ peerless commodity markets analyst, has suggested that the most likely viable future for a position limits rule is not judicial but legislative. He proposes that a new bill might pass judicial muster by removing the words “necessity” and “appropriate” from the Dodd-Frank text to clarify the CFTC’s unambiguous authority to set and enforce position limits. Such a bill would be attached by Dodd-Frank supportive legislators to a must-pass piece of legislation, most likely an appropriations bill to keep the government operating.

Kemp is right to forecast that an appeal to the Washington, D.C. Court of Appeals very likely would be in vain. Much of Judge Wilkins’ ruling is justified by reference to Court of Appeals law. As Floyd Norris commented recently in The New York Times, the Securities and Exchange Commission’s (SEC) efforts to implement Dodd-Frank have been struck down by the Court of Appeals. There is no reason to think that the court would defer to the CFTC’s authority and competence to implement and enforce a position limits rule.

The CFTC could consider answering Judge Wilkins’ challenge by requesting an expedited ruling from the U.S. Supreme Court on the position limits rule. Judge Wilkins charged “the agency failed to brings its expertise and experience to bear when interpreting the statute and offered no explanation for how its interpretation comported with the policy objectives of the Act” (at 42). Wilkins reproached the CFTC for relying on a defense that parsed the plain-text meaning of the terms of the Dodd-Frank provisions that authorized the agency to set position limits. Why shouldn’t the CFTC respond to this accusation by showing the Supreme Court how the costs and benefits of industry self-regulation under CFMA failed to achieve the policy objectives of the Commodity Exchange Act, while the historical limits in the rule had achieved those objectives?

Judge Wilkins chose to disregard Dodd-Frank’s legislative history in his decision that Congress did not require the CFTC authority to set and enforce position limits. The Supreme Court could not so readily dismiss legislative history, given its obligation to review appeals within the framework of the U.S. Constitution. For example, the Supreme Court likely would review Judge Wilkins’ ruling to determine whether the CFTC had interpreted Dodd-Frank within the constitutional “Necessary and Proper” clause, and the clause that gives Congress the authority to regulate commerce. Would it be “necessary and proper” for the CFTC to conduct a “necessity test,” documented by a “complete” cost-benefit analysis, before implementing the position limit rule, rather than, as Dodd-Frank requires, providing Congress with a cost-benefit analysis after the rule had been in effect for sufficient time to gather position data and analyze compliance with the rule?

However the CFTC decides to respond to Judge Wilkins’ order, the damage to investors from exchange-managed “position accountability” and other nostrums of financial self-regulation continue to mount. Friend of the Court briefs to a CFTC request for an expedited Supreme Court ruling on the position limit rule should present the costs of deregulation (the benefits for the plaintiffs being well established), as well as the costs and benefits of regulation. Such a presentation can only approximate the “complete” cost-benefit analysis that Judge Wilkins’ order all but requires of a CFTC hamstrung by the CFMA and its exemptions, exclusions, waivers and “no action” letters on Bush administration CFTC rule violations.

There is no certainty that a Supreme Court ruling would establish that the CFTC can set and enforce position limits without doing pre-implementation, cost-benefit analyses, as if OTC and energy trading regulatory evasion authorized by the CFMA had never disappeared the 2000–2010 data needed for such analyses. A more robust presentation on the failure of “position accountability” to prevent excessive speculation, together with detailed costs of that failure, might tip the scales of justice in favor of a ruling that it is “necessary and proper” for the CFTC to set position limits.