Dr. Martha Herbert on autism, diet and the environment 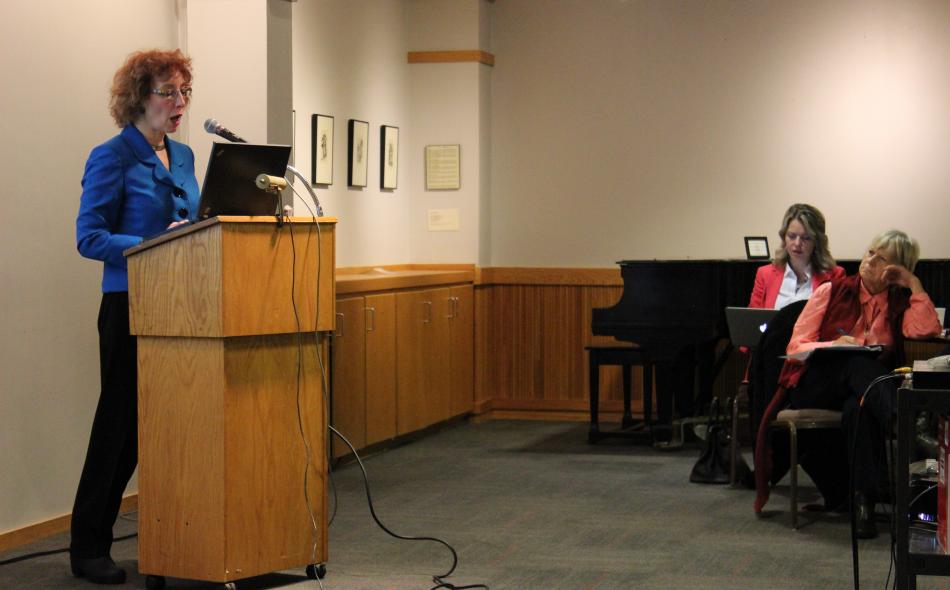 Dr. Martha Herbert at IATP's "Autism: What do diet and environment have to do with it?" event.

Autism is a developmental disorder that impairs communication and social interaction. It is a whole body disorder, with immune system difficulties and often includes physical health problems such as gut disturbance, allergies, and seizures.  One in 88 children is now diagnosed with autism in the U.S., compared with 1 in 150 in 2000.

While we don’t know exactly what causes autism or why it has increased, we know that genetics plays a role. Growing evidence suggests that it’s not genetics alone; environmental and dietary factors may play a significant role in increasing the risk for autism. Dr. Martha Herbert of Harvard University, a leading thinker on this issue presented at IATP’s event, "Autism: What do diet and environment have to do with it?" last Friday. Dr. Herbert is the author with Karen Weintraub of The Autism Revolution: Whole-Body Strategies for Making Life All It Can Be.

Dr. Herbert walked the audience of 150 scientists, educators, health practitioners, parents and advocates through the complex science on factors contributing to increased autism risk. She explained that the brain may not be hardwired for autism as previously thought, but may be instead overloaded in people with autism because the signals aren’t working like they should. When the brain gets overloaded then some functions shut down resulting in autistic symptoms like lack of social interaction, inability to communicate and other problems.

How does the brain get overloaded? Dr. Herbert explained that it’s “too much bad and not enough good,” “bad” things are environmental toxins, viruses, infections and stress. Studies have documented increased risk of autism and/or autistic behaviors from exposure to pollution, pesticides, heavy metals and phthalates. Examples of “good” things are nutrients and rest. A diet of processed food lacks the nutrients our brains need to function.

Furhtermore, we can learn from the way diet and environment interact, explained Dr. Herbert. For example, exposure to pesticides and heavy metals is associated with increased oxidative stress in the brain, which contributes to metabolic abnormalities linked to brain dysfunction. Diet is an important factor in immune health and helping the body fight off toxic exposures, so when toxic chemicals build up, and nutrients are not available to help the body get rid of them, you get brain overload. Many children with autism experience relief in their physical and social symptoms through dietary interventions, such as avoiding foods with gluten and casein and increased consumption of nutrient rich foods.

Dr. Herbert summarizes what is happening as “… the outcome of a combination of complex genetic individuality interacting with immense variation in what combinations of toxic exposures, nutritional shortfalls and stressors people experience.”

Viewing autism through the lens of environment and diet provides a more hopeful view of this puzzling condition. Exploring additional research approaches to identify key environmental factors and documenting successful dietary interventions are both needed to help the public health system put some of the pieces together and solve the puzzle of autism.