The struggle for transparency in the U.S.-EU trade deal 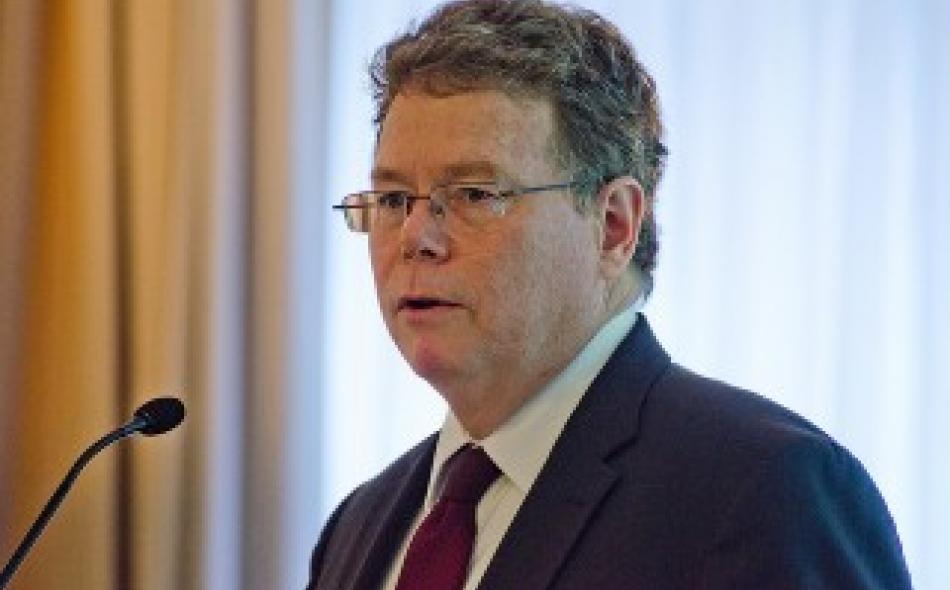 IATP is a member of the Transatlantic Consumer Dialogue (TACD), a U.S.-European network of about 80 nongovernmental organizations, founded in 1999 on the premise that public policy will be improved by a frank discussion of policy documents disclosed to NGOs, just as they are to corporate lobbyists. TACD meets with U.S. and European Union officials yearly, alternating between Washington, D.C. and Brussels, Belgium, to discuss TACD resolutions. This year’s annual meeting focused on regulatory issues in the Transatlantic Trade and Investment Partnership (TTIP) negotiations between the U.S. and the European Union, formally launched in June.

U.S. and EU TTIP negotiators were to have met last week in Brussels, but the meeting was postponed due to Edward Snowden’s revelations of U.S. electronic surveillance of European officials, including European Heads of State. The U.S. government usually sends just a couple of officials to TACD meetings in Brussels, but this year, faced with the possible derailment of TTIP negotiations due to U.S. spying, they sent a full contingent to repair the public image damage, though not to apologize. TACD was an indirect beneficiary of Snowden’s act of transparency, i.e., making the secret public.

IATP belongs to three TACD working groups, Food Policy, Nanotechnology and Financial Services Policy. I contributed to the nanotechnology and financial services resolutions relating to TTIP. Members also discussed resolutions on food policy, intellectual property and internet policy issues, such as e-commerce and data privacy. The resolutions were discussed, to a greater or lesser extent, in a daylong TACD plenary meeting on TTIP.

While a wide array of policy issues were discussed, the center of gravity for the day was transparency and, specifically, whether governments would establish two way communication on TTIP by releasing draft negotiating proposals. This a long-held TACD demand made urgent by the breadth of Transatlantic Business Council and other industry demands for regulatory “reform” to consumer health and protection laws, which jumpstarted the TTIP negotiations.

Neven Mimica, the European commissioner for consumer policy, was given the unenviable task of reassuring TACD members that TTIP’s objective of creating jobs and growth would not result in weakening of consumer protections and rights. Among his claims: The Commission would ensure that a TTIP Investor-State dispute settlement (ISDS) chapter to allow private investors to sue governments for regulations that impaired corporate profits would not be abused; basic public services would be excluded from the negotiation; no public health, food safety or environmental standards would be compromised; food safety would be enhanced; the Commission would create a consumer consultative group, along with a business consultative group, to ensure support for the final negotiated text. He read quickly from a prepared text, answered one question (the Precautionary Principle used in EU risk-management, often attacked by U.S. industry, would not be compromised by the modernizing of the General Food Law) and left before the end of the first panel.

Dan Mullaney, the lead U.S. negotiator for TTIP, outlined how the U.S. would seek to “advance TTIP without compromising standards.” He described a U.S. Trade Representative’s TTIP “listening session” in May, in which IATP participated. He claimed that TTIP environmental standards would reduce the importing of illegally logged timber and illegally caught fish; consumer fraud would be reduced through more stringent trademark enforcement; regulatory disciplines of transparency and accountability would improve consumer protections, while preventing regulatory divergence between the U.S. and EU; U.S. regulators are precautionary, and the U.S. would raise the use of the Precautionary Principle in food safety only in specific cases in a TTIP consultative committee; and that the ISDS would protect investors while also protecting “legitimate regulations.”

To these and many other claims about TTIP objectives and negotiator intentions, numerous TACD speakers and audience participants said draft negotiating texts should be published so the public can read them just as industry lobbyists do. But, said lead EU TTIP negotiator Ignacio Garcia Bercero, we do not show EU negotiating drafts to any private citizen, including corporate lobbyists. TACD members countered that the U.S. negotiators share draft texts with USTR corporate advisors and they share them with their European colleagues. If the World Intellectual Property Organization can negotiate agreements, while disclosing drafts to more than 180 member governments and hundreds of non-governmental representatives, why, asked Jamie Love of Knowledge Ecology International, can’t the U.S. and EU do the same? Transparency and public comment improve international agreements.

Rhoda Karpatkin, the president emerita of Consumers Union, said that the TACD Steering Committee had sent a letter to U.S. Trade Representative Michael Froman several months ago to request a meeting to discuss TACD ideas for establishing a two-way dialogue about TTIP, on the basis of draft texts.  TACD sent a follow-up letter again reiterating the request. TTIP lead negotiator Mullaney said that “nothing negative should be inferred from the lack of response to the letters.”

Mary Bottari, of the Center for Media and Democracy and the main author of TACD resolution on ISDS, proposed a consumer right to sue corporations for billions of dollars for harms to consumers. Just as trade lawyers are the panelists of the private ISDS tribunals, there would be a consumer protection court with TACD members as judges. There were chuckles around the room, in recognition of the disparity of consumer and investor rights in a TTIP negotiated in secret. But nobody will be laughing when the ISDS is used to challenge food safety and other consumer protection laws under the trade deal.