We deserve more than this bad Farm Bill 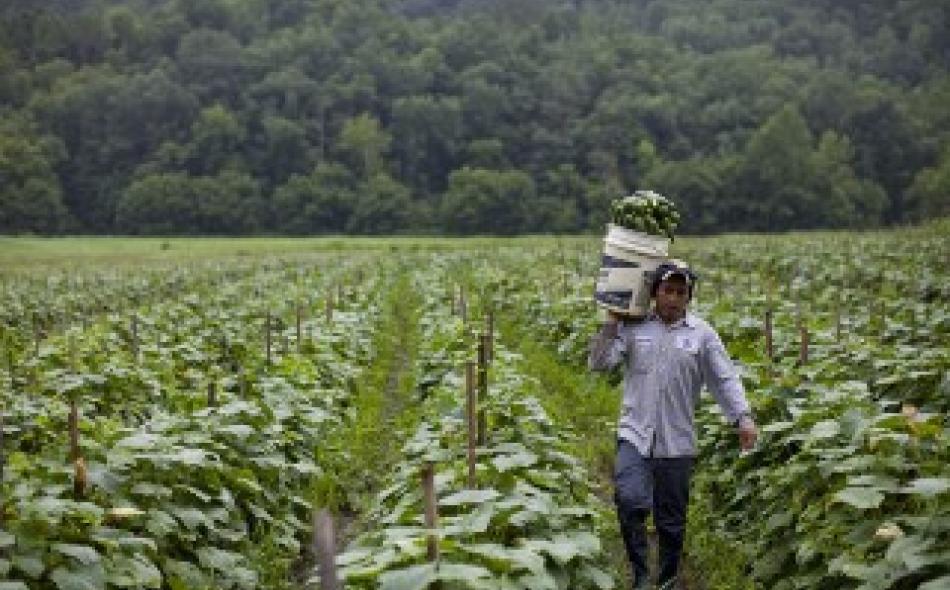 Used under creative commons license from Bread for the World

Was it just exhaustion from two-plus years of negotiations that finally produced the Farm Bill that is expected to be signed by the President this week? Or, was it the sense that “it could have been a lot worse” when compared with a mean-spirited, destructive Farm Bill passed by the House of Representatives last year. For whatever reason, there is a sense that a deeply flawed Farm Bill—the terms of which were dictated largely by austerity fanatics from the start—is the best we’ll get under the current political environment.

That’s a problem for all of us. It’s definitely a problem for the growing number of working age Americans who rely on food stamps. This Farm Bill cuts food stamp benefits (about 80 percent of the Farm Bill costs) by $8.6 billion.

It’s a problem for the environment and the urgent need to help farmers shift toward more climate resilient production systems to deal with extreme weather events. The bill cuts about $6 billion from conservation programs, the first time conservation funding has been cut since it became part of the Farm Bill in 1985 (excellent analysis by the National Sustainable Agriculture Coalition). Those cuts reduce the number of acres for the Conservation Reserve Program (which takes sensitive land out of production to protect habitat and wildlife) from 32 million to 24 million acres. It also limits the new acres of enrollment into the Conservation Stewardship Program (which support conservation measures on working farms) to 10 million per year—a cut of 2.8 million acres per year over the next decade.

It’s also a problem for a host of other smaller Farm Bill programs, including the outreach focused on Disadvantaged and Minority Farmers, which was slashed in half from $20 million to $10 million.

Democratic decision-making and transparency saw major setbacks, too. Breaking a promise for an open public vote, the Farm Bill conference committee instead cut a deal in secret and unveiled a final bill early last week.

Like all Farm Bills, it is not all good or bad, and there was some good. Many advocates (including IATP) succeeded in beating back efforts by the meat industry to weaken Country of Origin Labeling and undermine enforcement of fair competition rules for poultry and hog producers. The bill relinks crop insurance programs with requirements for farmers to take conservations measures like wetlands protection and stops incentives to expand cropland into native grasslands. It also renews commitments to Beginning Farmer programs, local foods programs, requires the development of a whole farm insurance program (benefitting diversified farms) and improves options for insurance for organic producers. It expands organic research and provides mandatory funding to important energy programs like the Renewable Energy for America Program and the Biomass Crop Assistance Program.

While the champions of this Farm Bill tout an estimated $23 billion in savings over 10 years, we are skeptical. Much of the savings come from the elimination of direct payments to commodity crop farmers regardless of price, and a shift toward government-subsidized revenue insurance programs. The agricultural services (crop insurance) and crop production (i.e., Monsanto) industries spent more than 57.5 million lobbying the Farm Bill, according to Open Secrets, and they got what they wanted in these programs. But given the extreme price volatility of the agricultural marketplace (the price of corn saw the largest single year drop in 60 years last year), combined with a continued series of climate-related weather events, it’s quite possible that the new farm programs will cost more than the old ones in the end.

We badly need strong food and farm policy if we’re going to take on these challenges, and that must include a reformed Farm Bill that is more true to its critical legacy of empowering farmers over agribusiness and protecting nature coming out of the New Deal. We don’t need to wait another five years for the next Farm Bill to get started; we can start now on the road to reform. More and more groups around the country are working on creative policy approaches to reform our food and farm system. New political alliances are being developed that not only focus on short-term battles but could pay dividends for the next Farm Bill. This is why we’ve launched Beyond the Farm Bill initiative. We’re engaging with policy experts around the country and highlighting the best policy approaches at the local, state and national level to bring about a fair, sustainable and healthy food and farm system. Join the conversation and stay informed at beyondthefarmbill.org.