FDA to industry: Please call us if you put nanomaterials in food 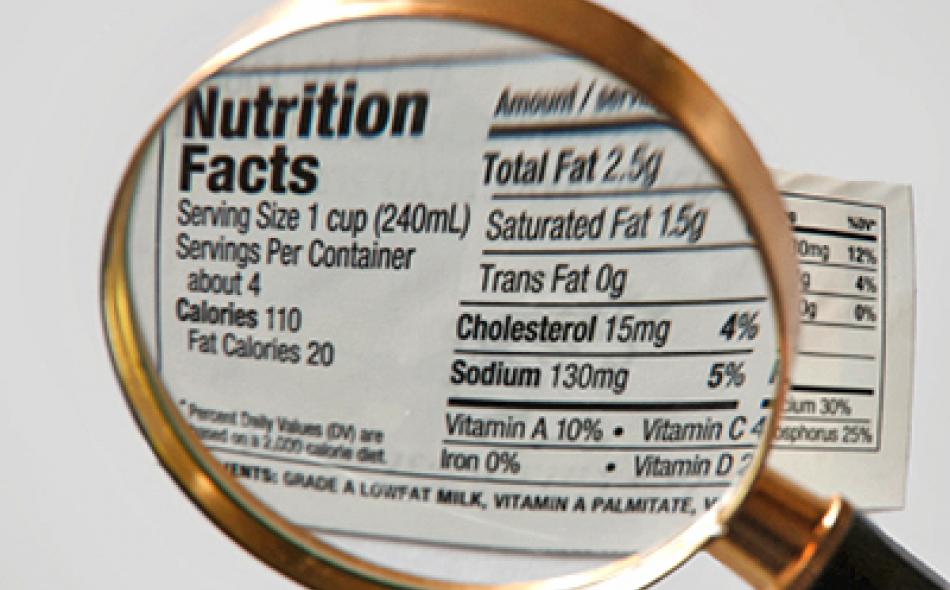 Nanotechnology, the synthesis, visualization, configuration and manipulation of atomic to molecular size particles, has been practicable since the Nobel-prize winning invention in 1981 of a kind of microscope that made nano-visualization and manipulation possible. (See the superb “Timeline: Nanotechnology” published in April by the University of Ottawa.) The application of nanotechnology to industrial processes, such as coating semi-conductors and other electronic parts with infinitesimally thin layers of metal oxides, has enabled the production of computer server farms and cell-phones, to name just two of the most famous applications.

However, the application of nanotechnology to food and agriculture products in the new millennium presents environmental, health and safety (EHS) problems of an order magnitude greater than what currently exists for industrial nano-coatings. Among these problems is the near dearth of studies on the effects on the chronic consumption of nanomaterials in food, despite the presumed the bio-accumulation of some nanomaterials in the human body. Furthermore, there is a lack of agreed ways and measures to test toxicity of nanomaterials, regulatory definitions for nanotechnology and nanomaterials, and other elements of a nano-specific regulatory system. In the face of such challenges, what is the FDA, charged under the Food, Drugs and Cosmetics Act, with protecting human health, to do when product developers claim to incorporate nanomaterials in commercialized foods?

Thus far, the FDA and other U.S. regulatory agencies with EHS obligations, have sought the cooperation of industry by voluntary means and by building the agencies’ regulatory scientific capacity to evaluate nanotechnology applications. Earlier this summer, FDA released three final voluntary guidance to industry documents on nanotechnology. Although guidance documents do not impose any legal requirements on nanotechnology product developers, they do present FDA’s official understanding of nanotechnology and recommend when nano-product developers should consult with the agency at the research and development stage of those products.

When the draft guidances were first posted in 2012, IATP analyzed the documents concerning the application of nanotechnology to foods and to cosmetics. The draft documents contained in outline most of the features of the final guidances and did not respond to a 2006 petition by the International Center for Technology Assessment (ICTA) and others to issue mandatory rules on nano-titanium dioxide, used in sunscreen and food packaging to block ultra-violet rays. (IATP was a co-plaintiff in a 2011 lawsuit against FDA filed by the ICTA et al, to require regulation of some nanomaterials and applications of nanotechnology in FDA regulated products. The lawsuit did not succeed in its objective.) In July 2012, IATP submitted a regulatory comment on FDA’s draft guidance document about nanomaterials in “food substances.” Then we waited for the final guidances.

On August 12, I gave an overview of two of the guidance documents in a Spanish language presentation on Nanotecnologia do avesso (Nanotechnology Inside Out), a webcast program of the Brazilian Research Network on Nanotechnology, Society and Environment (Renanosoma). One guidance concerned how FDA understands whether or not a material used in FDA regulated products is a nanomaterial. This guidance received input from every office in the FDA because it applies to all FDA regulated products. The other guidance, drafted by the Center for Food Safety and Applied Nutrition, explained how FDA understands the use of nanomaterials in food processing and food packaging.

The “whether nano or not” guidance urges, but does not require, nanotech product developers to consult with the agency early during the research and development phase, if 1.) a product incorporates an Engineered Nano-scale Material (ENM) measuring between one and 100 nanometers (the diameter of a human hair is about 80,000 nanometers) or 2.) if the application of nanotechnology results in physical, chemical or biological changes to materials measuring up to 1000 nanometers. In a footnote to the second criterion, the guidance notes that the European Commission has also proposed a 1000 nm threshold of pre-regulatory concern. The FDA laudably states that its pre-regulatory focus is not just on the size of the material, but how nano-sizing and configuration affects the chemical, physical and biological properties of materials in FDA-regulated products.

The guidance does not say what will happen to any industry proposed nanotechnology application as a result of a FDA consultation, but at this point, we can be sure that the FDA cannot require nano-product developers to do anything under the guidance.

Like the European Commission’s recommendation for a regulatory definition of “nanomaterials,” FDA excludes from regulatory concern ‘incidental’ nanomaterials that result from the “food substance” manufacturing process, as opposed to the intentional use of Engineered Nano-scale Materials (ENMs). (The European Consumers Organization urged the European Parliament in March to reject the Commission’s definition, in part because of the intentional use definition of nanomaterials.) There is no scientific basis for this exclusion. Nanomaterials in a given product, whether incidental or not, have the physical, chemical and biological reactivity of ENMs in that product. Therefore, both “incidental” nanomaterials and ENMs must be subject to a safety assessment to determine whether their use or consumption poses unacceptable risks to human health, worker safety and/or the environment.

Both documents state that FDA’s consultation with nano-product developers will take place on a “case-by-case” basis. The case-by-case approach is not unique to FDA but is dictated by a White House Office of Science and Technology policy first applied in 1992 to the deregulation of genetically modified organisms. As I argued in a recent fact sheet on synthetic biology, the case-by-case approach to regulatory or pre-regulatory review facilitates deregulation for the underfunded and understaffed EHS agencies under pressure to commercialize new technologies and products.

About half of the guidance on manufacturing methods for “food substances,” including use of nanotechnology, summarizes existing FDA regulations that apply to all FDA regulated foods. Within this summary is an outline of the steps that FDA takes to determine that a food is safe to consume. Among these steps is an evaluation of the “self-limiting level of use” by the food product developer, who is presumed to know how much of a given food additive can be added to achieve a targeted “technical effect,” such as a certain thickness, before the food becomes unpalatable or inedible.

Traditionally, “self-limiting level of use” pertains to ingredients measured in terms of mass. However, as IATP noted in our June 2012 comment letter on the draft guidance, mass-based measurements are irrelevant to determining “self-limiting levels of use” of food grade ENMs. The mass of ENMs is far too small to be a toxicologically relevant metric for FDA’s safety assessment methodology. The final guidance on ENMs in food does not provide any insight into how FDA believes that it can use the concept of “self-limiting levels of use” for assessing the safety of ENMs in food. Nano-toxicological relevant metrics have been proposed, but not for chronic exposure to ENMs in food.

One praiseworthy feature of the guidance is that FDA alerts industry that it is very unlikely to assume that ENMs in food can be Generally Recognized As Safe (GRAS). For example, just because macro forms of silicon dioxide, a processed food thickener, are GRAS, food manufacturers should not assume that FDA will consider nano-sized silicon dioxide to be GRAS. Given the differences in chemical, physical and biological properties of nano and macro forms of the same material, it may seem self-evident, that ENMs must not be assumed to qualify for FDA GRAS certification. However, following the General Accountability Office’s criticism of FDA’s GRAS determinations, it is a small relief to read FDA’s alert to industry.

Finally, the guidance states that FDA has yet to receive any applications to commercialize “food substances” incorporating nanomaterials. However, there is test-based evidence, summarized in a 2013 report by As You Sow, that such goods are already in our food system. It is alarming that the FDA is not proposing to test food products for ENMs or to publish the results of such tests of products by those manufacturers that already claim to use ENMs in food or food packaging. Perhaps the FDA is just turning a blind eye to those possible uses in order to protect itself.

If the FDA doesn’t officially recognize the use of ENMs in food, it’s not violating its obligations under the Food, Drug and Cosmetic Act to determine the safety of “significant new process changes” in manufacturing foods with ingredients that the agency is unlikely to characterize as GRAS. That legal strategy may be understandable in light of the constant pressure by industry, federal trade agencies and Congress to make regulations “least trade restrictive.” But the voluntary guidance to industry documents provide very little evidence that the FDA has scientific resources or political will to initiate mandatory rule-making to protect consumers from nano-food products on the market or about to be commercialized with or without the agency’s official knowledge.