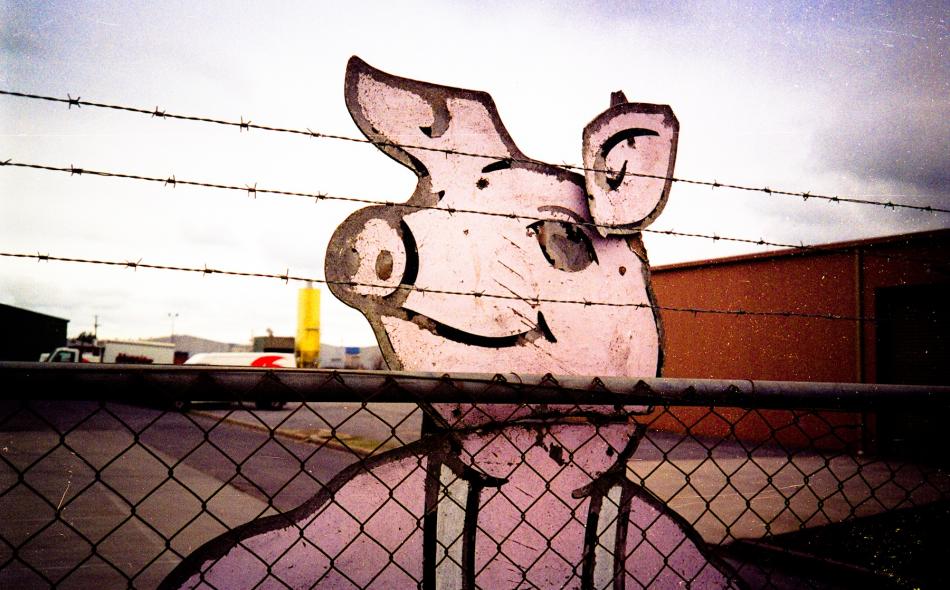 It wasn’t the subject of a barrage of campaign ads this past month, nor has it been widely reported in the media or even debated much in the halls of Congress but new rules are being written right now as part of an arcane, secret process that will expand global agribusiness’ choke-hold over our food system, and you are not invited. A new report, Big Meat Swallows the Trans-Pacific Partnership, released today from IATP takes an in-depth look at what’s at stake for global agribusiness—and particularly the big meat corporations—in potentially the largest regional free trade agreement ever negotiated, the Trans-Pacific Partnership (TPP).

This weekend, President Obama will meet with leaders of 11 other Pacific Rim countries at the Asian Pacific Economic Cooperation summit about TPP. The negotiations and the proposed treaty text itself are secret, behind-closed-doors affairs—and the corporations that will benefit like it that way.

For global agribusiness, most with operations and connections in multiple TPP countries, the goal is simple: lower tariffs and weaken regulations that support farmers, consumers and rural communities in order to increase exports and imports. For the big meat companies, the stakes are high. Meat consumption in the U.S. has flattened, and in some cases like beef and pork, has slightly declined. While domestic consumption has been stagnant, meat exports from the U.S. have soared since 1990, and the percentage of U.S. meat production for export is rapidly rising.

The handful of big meat and poultry companies driving factory-style production in the U.S. do not consider themselves U.S. companies. They are global corporations, some with foreign parent companies, operating in multiple TPP countries. An alarmingly few companies control the U.S. protein market (as the industry refers to it). They are all global players operating in multiple sectors and multiple countries, including: JBS USA (beef, pork and poultry), Cargill (beef, feed), Tyson Foods (poultry, beef), Shuanghui/Smithfield (pork).

If the meat companies get their way in TPP, rising exports from the U.S. could shift into overdrive. This means there will be more CAFOs in U.S. rural communities, more land needed for animal feed (yes, more corn and soybeans), more antibiotics used to raise these animals, and more water and air pollution from their giant manure lagoons. The agreement would also both expand and lock in a system of contract farming, where pork and poultry farmers take the risk, and the companies take the profits.

The agreement targets what negotiators call “barriers to trade;” this means tariffs, food safety standards that protect consumers, and other regulations and policies that might give preference to local economies, businesses or communities over multinationals.

Of the TPP countries, the meat industry is particularly targeting Japan, who not only is one of their biggest markets, but also retains a variety of tariffs and safeguards on chicken, pork and beef to protect their own farmers and food system from a flood of imports. The meat companies also want to get rid of Canada’s various supply management programs for their dairy, poultry and egg industries, which protect Canada’s producers. They want to set one system of low food safety protections for all TPP countries that is “least-trade-restrictive,” limiting countries’ and states’ ability to set their own tougher standards. They also want to further establish corporate legal rights, an obscure trade provision called investor-state dispute resolution, which grants corporations broad rights to challenge policies that affect expected future profits including food safety rules.

The pattern here is hard to miss. The industry views TPP as an opportunity to expand their global reach by attacking policies that protect farmers, consumers and democratic local control of the food system. In fact, the industry’s relentless assault on these policies in the U.S. is how we’ve become such a low-cost meat producer. Several decades of agribusiness lobbying culminated in the 1996 Farm Bill wiping out the last vestiges of U.S. farm programs that used to put a floor on grain prices making CAFO feed costs less economical. The industry has fought to weaken and under-fund U.S. regulatory agencies like Grains Inspection,  Packers and Stockyards Administration designed to ensure competitive markets and fair contracts for farmers and ranchers. They’ve driven efforts to weaken U.S. food safety regulations by shifting from government inspection to private inspection. Through a steady attack on unions – and the use of a largely immigrant workforce, they have weakened workers’ rights. Their relentless legal and lobbying assault on Country of Origin Labeling (COOL), a simple label to tell consumers where their meat animal was born, raised and slaughtered, continues as does its ALEC-inspired Right to Farm laws at the state-level, designed to limit local regulations of CAFOs.

Remarkably, TPP continues to be negotiated in secret as if it were a private commercial agreement, with no effective means for the public to intervene in negotiations. The Obama Administration and many in Congress are pushing for fast track, which would allow the Administration to complete the secret negotiations and then present the final deal to Congress for an up or down vote, no changes, no amendments. There is talk that Congress will try to slip fast track through during the post-election lame duck session, but if not, it will very likely come up for a vote in 2015. This undemocratic, secretive approach to trade policy is exactly what the global meat industry is banking on.

To make sure that our trade agenda reflects democratic values and the interests of farmers, rural communities and consumers, we need to stop the secrecy. The people living in TPP countries have a right to know what is being negotiated in their name. To create policies that are accountable to people, not just big corporations, Fast Track must be rejected.

From the beginning the TPP has been designed to further the power of private corporate interests. It doesn’t have to be that way. Last year, the U.S.-based National Farmers Union and the Japanese-based cooperative farmer group JA Zenchu put out a joint statement to TPP negotiators. They wrote: “Agricultural terms in any trade agreement must be aimed toward improving quality of life for farmers, protecting consumer interests, and ensuring food and energy security for all.” Unfortunately, these terms differ greatly from agribusiness’ interests.