Trade vs. local economies: Procurement on the table 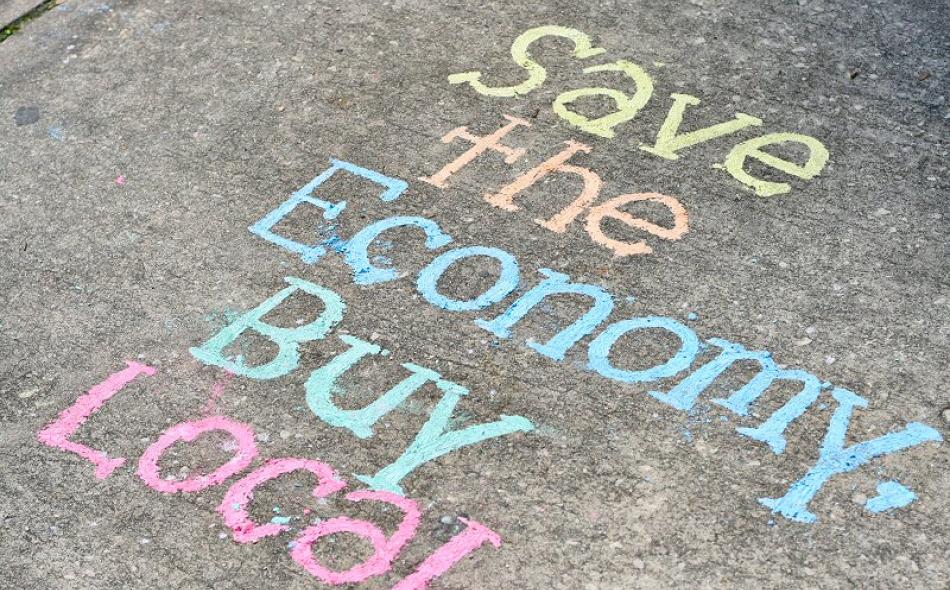 Communities across the United States and Europe are working to transform local economic systems so that they are more sustainable and equitable. Many states and communities are utilizing public procurement programs to support those efforts, especially bidding preferences for healthy, locally grown foods, energy or transportation programs that create local jobs and fair markets. Especially in the aftermath of the Great Recession, Buy American programs have helped ensure that taxpayer-funded programs create local jobs and serve social goals. Farm to School programs that incentivize purchases from local farmers have grown in all 50 U.S. states and many European countries. Innovative efforts are also underway to expand this approach to other institutions such as hospitals, universities and early childcare programs like Head Start.

In a move that could undermine those important initiatives, the European Union has made the opening of U.S. procurement programs to bids by European firms one of its priority goals for the Transatlantic Trade and Investment Partnership (TTIP). IATP published a new report today, Local Economies on the Table, which takes a look at what those proposals could mean.

The EU has been insistent on the inclusion of procurement commitments at all levels of government, for all goods, and in all sectors. At a speech in San Francisco, French trade minister Nicole Bricq declared, “Let’s dream a little with respect to public procurement. Why not replace ‘Buy American’ which penalizes our companies with ‘Buy Transatlantic’ which reflects the depth of our mutual commitment?”

It’s easy to see why this appeals to EU officials. It is an enormous market. It’s a lot harder to understand why local governments in the U.S. would want to give up their authority to shape procurement contracts to serve local economies and job creation. And because the negotiations have taken place in secret, it’s a mystery who decides whether these local governments would be bound by the rules in the trade deal.

At the start of the TTIP talks, local foods and Farm to School activists raised questions about whether farm-to-institution programs could be at risk in TTIP. Advocates for fair and sustainable food systems urged the negotiators to commit to keep these important programs off the table in the trade talks, raising the issue in a January 2014 letter from sustainable foods groups, a February 2014 letter from the Maine Citizen Trade Policy Commission, as well as at various presentations at official stakeholder events held at negotiating sessions. Of course, these and many organizations on both sides of the Atlantic have also raised broader concerns about the lack of transparency in the trade talks, the dangers of investment rules that allow foreign investors to sue governments over public interest laws, and proposals to “harmonize” regulations in ways that could undermine progress towards more sustainable food systems.

The negotiations are still happening behind closed doors. However, some meeting reports and negotiating proposals have been leaked, providing new insights into how TTIP might affect local foods and rural communities. While a new leak on procurement indicates that the EU may refrain from requesting commitments on school lunch programs, there is little question that procurement preferences to strengthen local economies continue to be a target of EU negotiators.

The demand to open up public procurement programs to foreign investors is not unique to TTIP; it has been a significant issue in the talks for a Trans Pacific Partnership (TPP) as well. But the EU is being asked to give up so much in TTIP in terms its food safety, energy and other standards, even its reliance on the Precautionary Principle. In exchange, the EU is seeking unfettered access for its companies to what seem to be elusive state and local procurement markets. It’s a bad deal for both sides. These proposals in TTIP could very well undermine local decision-making and innovative efforts to rebuild local economies in ways that are sustainable, healthy and fair.

We need a different approach, starting with transparency. Both the U.S. and EU governments should publish negotiating text indicating which sectors and federal, state and local agencies are contemplating procurement commitments and who would make those commitments. In the meantime, we in the U.S. should call on Congress to reject Fast Track Authority, which would give the administration the power to negotiate trade deals in secret and present the resulting agreement to Congress for an up or down vote, no amendments allowed. This is an outdated and inadequate process to negotiate agreements with such far reaching consequences.