by
Dr. M. Jahi Chappell
by 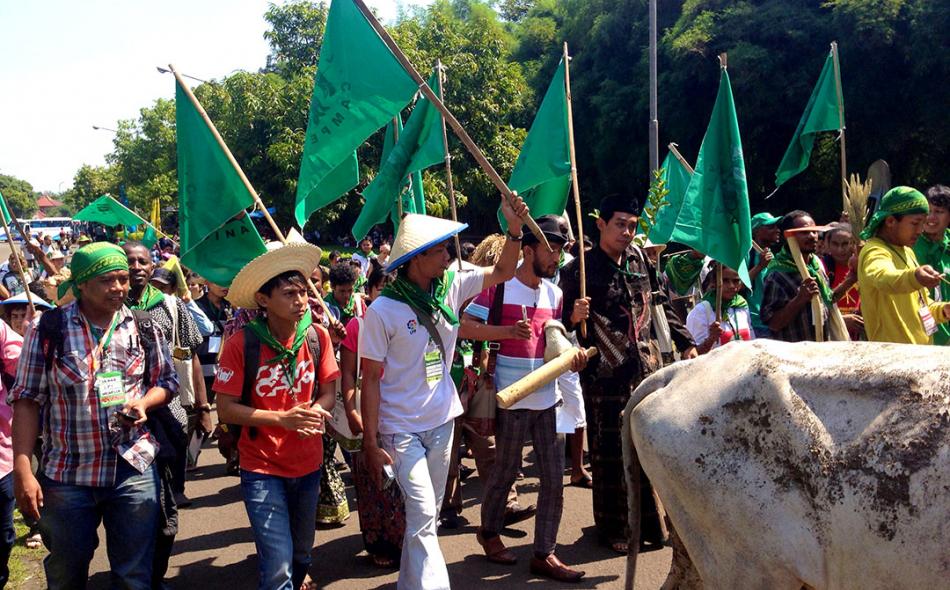 What does it mean to participate in a democracy? Does the answer change when it comes to the food system? After all, as IATP’s latest report, Deepening Food Democracy, illustrates, for every corporate lobbyist exercising control in Washington, there is a food movement participant changing the food landscape in their local community.

This past November was in many ways a typical one for American politics—although the turnout rate of just 36 percent of eligible voters was a low not reached since 1942, it was only five points lower than the 2010 midterm elections, and totally in line with the fact that the last time at least half of eligible Americans went to the polls outside of a presidential election year was literally 100 years ago: 50.4 percent in 1914. Happy 100th b-day, minimally adequate participation in American democracy!

Alas, the historically low turn-out is not because things are historically good—food insecurity remains steady at over 14 percent, with “very low food security”—hunger—staying near six percent, or  about 18 million Americans. We face numerous other challenges in our food system, alongside continued and historic levels of wealth and income inequality that our politicians seem little-inclined to address. Despite voter priorities and majority agreement on many issues like supporting education, protecting the environment and confronting corporate control[i]; despite the fact that sizeable majority of Republican and Republican-leaning citizens believe in climate change, and believe their elected officials are not responsive to their views; despite the fact that Americans underestimate wealth inequality and cite a much fairer split of wealth as their ideal; despite all this, only about a third of us turned out for an election where two-thirds of us think the country is headed in the wrong direction.

But these seeming inconsistencies are tempered by the fact we do not live in a system that rewards our political involvement with political responsibility. The limited vision of democracy where voting every two to four years is the primary duty, and the full extent of our democratic responsibility, describes what Raj Patel has called a “complainocracy”—a system that makes us cynical, because we’ve been led to believe that this kind of democratic practice is the full flowering of the democracy we’ve been promised. If this kind of hollow, empty process is the best of democracy, then many of us likely reason that we may as well not get too involved in it.

At the same time, we see change and cracks in the edifice showing us that another world IS possible. Indeed, in many ways, it is already here. People know change is needed, and are acting on it—from the Seattle protests in 1999 to Occupy to #BlackLivesMatter; from protests in Brazil over World Cup displacements, to We Are Fed Up against agribusiness, in Germany, the recent protest against police brutality at the Mall of America, and September’s People’s Climate March—the movement from knowledge to action continues. As radical Brazilian educator Paulo Freire said, we make the path by walking it—we learn how to birth new alternatives and live a new democracy in the process of pushing for it and doing it.

This is why IATP is proud to release our report, Deepening Food Democracy, which looks at examples from around the world, but particularly within the United States, where people are creating new ways of participating in democracy; new ways to engage and change our political systems; new ways of making autonomy and food sovereignty—a food system of the people, by the people, and for all people—practical and real. From food policy councils in North Carolina to participatory budgeting around the world, from Rural Climate Dialogues to Citizen Technology Reviews, we are building and living the tools to turn the system around.

In a way, these examples can still seem like so little when matched against the great tidal forces of powerful corporations and unresponsive governments. But we must see these new and growing alternatives for what they are—the building blocks, the tools for large-scale and lasting change. No movement started out knowing it would succeed; those we admire in generations before did not see the end of the path clearly, did not hear the accolades the future would bring them when they went out to push for change; it is only in retrospect that we put all their efforts together into a righteous effort destined to succeed. But we hope that this report shows that we are increasingly equipped to create the better alternative that we dream of, and the next steps towards a just, agroecological, and food sovereign future are right before us. We need only to keep stepping forward together.

[i] For example, 71% of the general public believes that we should do whatever it takes to protect the environment; 56% believe that corporations make too much profit, and 78% believe that too much power is concentrated in the hands of a few large companies.