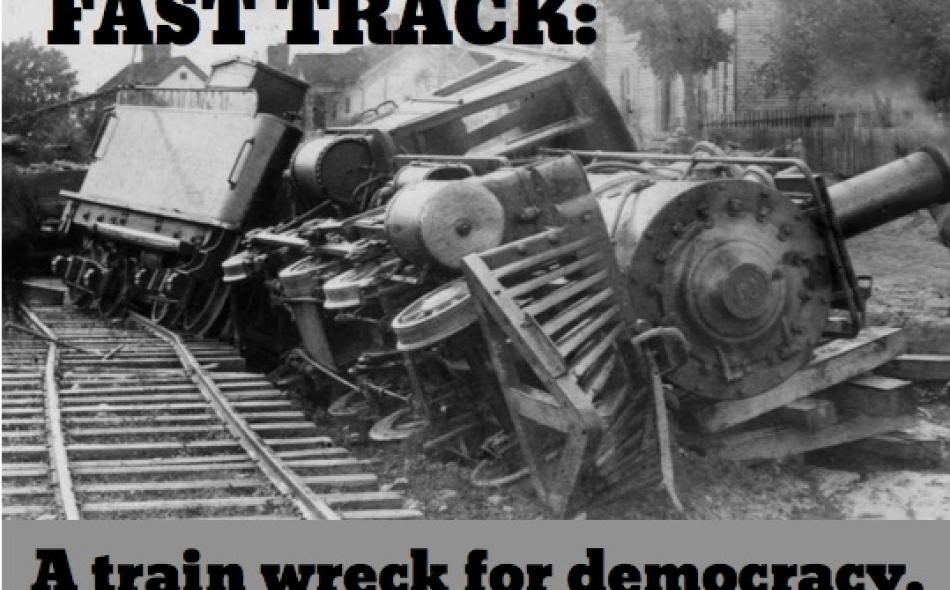 As the Senate lurches toward consideration of Fast Track, it's important to remember that the debate is more than a political game.   Fast Track Authority is an abdication of Congressional responsibility and accountability. Adding insult to injury, the trade agreements that such authority would, in effect, guarantee are the product of non-democratic and secretive processes heavily engineered by corporations. Chiseling away at what is left of our democracy isn’t popular among the majority of the people who vote for Democrats, Republicans, and Libertarians. That is why there is unity among the opposition to Fast Track, and that is why President Obama has a political problem on his hands that will not be solved by offering rides in Air Force One, or by promising to offset the inevitable (and proven) destruction of jobs that will follow right on the heels of ratifying two new trade agreements should Fast Track be approved.  Ultimately, representatives of the people in Washington DC have to get elected.  And anyone who steps up to vote YES on Fast Track authority will have a hard time explaining, quite soon, exactly why they dodged their responsibility  to ensure that trade agreements serve the interests of the people. Democrats, Republicans, Libertarians. Voters.