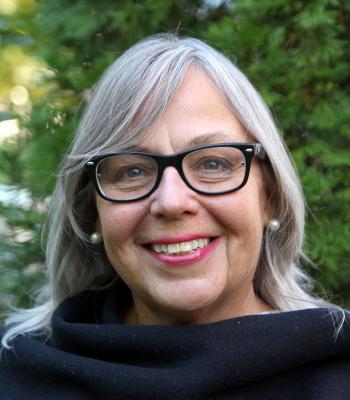 Juliette Majot was Executive Director of the Institute for Agriculture and Trade Policy (IATP) from March, 2014 through December 2019. IATP envisions agriculture, trade, and food systems that are good for people, farmers and food system workers, eco-systems, and social justice globally. IATP believes that growing these systems requires long-term sustained effort to build and mobilize public will; to invigorate and fortify political will; and to effectively democratize power relationships. IATP undertakes research, publishes extensively, and participates in advocacy campaigns for policy change relevant to agriculture, trade, and food systems. IATP is headquartered in Minneapolis, Minnesota, and has offices in Washington DC and Berlin.

Ms. Majot’s activism began in her teens as part of a successful grassroots effort to halt construction of a nuclear reactor along the shore of Lake Michigan near her home town. After earning a degree in management from Purdue University, she joined the staff of Friends of the Earth (FoE) U.S. under David Brower, where she eventually served as deputy director. After five years with FoE U.S. she turned her attention to Friends of the Earth UK, as part of a campaign to challenge the expansion of nuclear power in Great Britain.

In 1989 she joined the staff of the then-fledgling, San Francisco-based organization, International Rivers Network (IRN) (now “International Rivers”). At IRN she worked with local, national and regional organizations worldwide to expose and bring an end to the poor economic performance, harm to society and environmental destructiveness of large-scale river projects, particularly large dams in the global south. In 1994, she co-founded “Fifty Years Is Enough,” an international campaign against the destructive policies and practices of the World Bank and International Monetary Fund. She served as executive director of IRN from 2000 to 2005.

As an independent consultant from 2005-2013, she worked with NGOs and foundations designing and undertaking strategy, outcome, and developmental evaluations, and promoting the importance of international advocacy campaigning.