Reporting from Brazil: lessons on agroecology 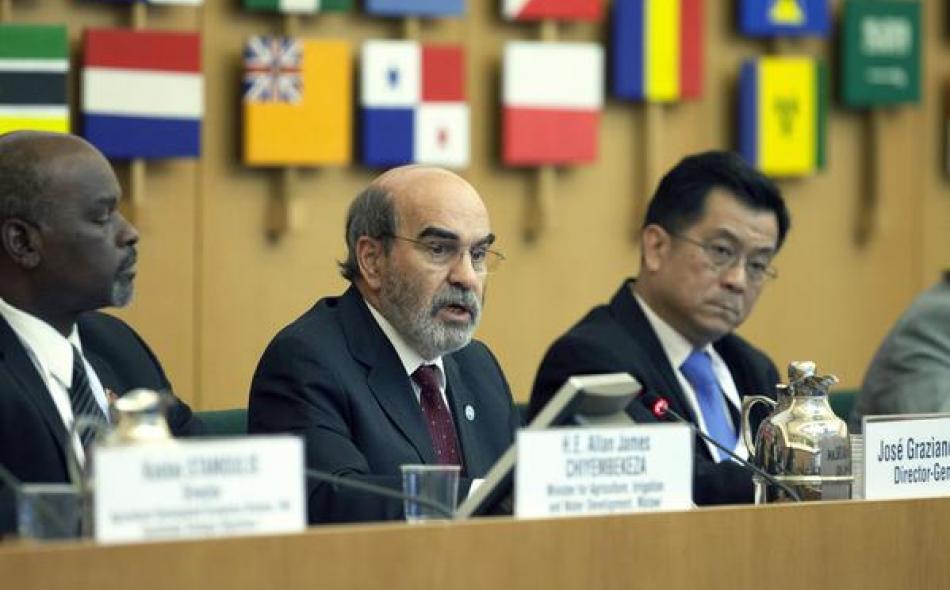 IATP’s Dr. Jahi Chappell is blogging from Brasilia as the UN Food and Agriculture Organization (FAO) hosts the first of three public symposiums on national and regional strategies focused on agroecology.

As the civil society pre-meeting draws to a close the day before the opening of the FAO’s first Regional Seminar on Agroecology, the agroecological challenges facing farmers, academics, governments and the FAO remain clear.  Issues of insufficient funding; a world-wide lack of familiarity with the term “agroecology;” threats of cooptation, and the use of agroecology as a mere “tool” to prop up the current system, separation of agroecology’s vital elements of justice from the elements of science and practice; and the perception of insufficient evidence have all been raised. The pre-meeting day consisted of conversations between civil society organizations, academics and government and FAO representatives.

I started the day with the civil society groups.  We were welcomed and started off with a “mistica,” a ceremony that is often practiced by the international small farmers’ movement La Via Campesina and seeks to open a meeting with a recognition of the gifts we have been given by the earth, by our cultural inheritance and through the struggles and knowledge of the ancestors, particularly the ancestors of indigenous peoples.

After the opening ceremony, the civil society meeting split into smaller groups to discuss the recent Nyeleni Declaration on Agroecology, which set out common pillars and principles for a full and inclusive definition of agroecology, one that includes rights, responsibilities, food sovereignty and a fundamental paradigm shift in how we do agriculture in the world. (See here for the recent Scholars’ Open Letter supporting the Nyeleni Declaration, sent to the Director-General of the FAO on June 24, 2015.) The morning welcome also included a reiteration of the significance of the role of the Latin American Scientific Society of Agroecology (SOCLA) in helping organize the meeting, alongside the key coordination by the Latin America Movement for Agroecology (MAELA), the Latin America and Caribbean People’s Alliance for Food Sovereignty, the FAO and the Ministry of Agrarian Development of Brazil.

Given my dual identities as a scientist and a staff member of an NGO, it was good to start the day with the civil society groups and then join the scientists’ group after the introductory session.

Along with allies from throughout Latin America and the Caribbean, we discussed Brazil’s leadership in agroecology (it now hosts well over 100 “nuclei” for agroecology research and practice, in addition to its role in hosting and helping to organize this meeting) and the opportunities for agroecology that are before us, alongside the potential threats I mentioned above, given that attention to agroecology is growing.  Additionally, we discussed the role of the “dialogue of knowledges,” where farmers’ traditional, experiential, and on-going knowledge creation must be honored equally alongside the knowledge generated by academic research.  Finally, we also addressed the need to continue to bridge gaps between academia and social movements and how to build from the regional meetings to continue the strength and momentum of agroecology, with academics alongside and in collaboration with social movements, not separated from them.

The day ended with the launch of a book on women and agroecology, and a short documentary called “The Seeds” in which four Brazilian women shared their stories of agroecological innovation, growing autonomy, challenges and joys from switching to agroecological systems.

Oh, and of course, this was followed with cervejas (beers) and caipirinhas (Brazil’s national drink), with music from a great live band and continued conversations among all the attendees as night fell in Brasilia.

A great first day with much to think about, a clear assessment of many of the challenges ahead of us and appreciation for Brazil’s leadership in hosting this important meeting. Looking forward to Day Two!