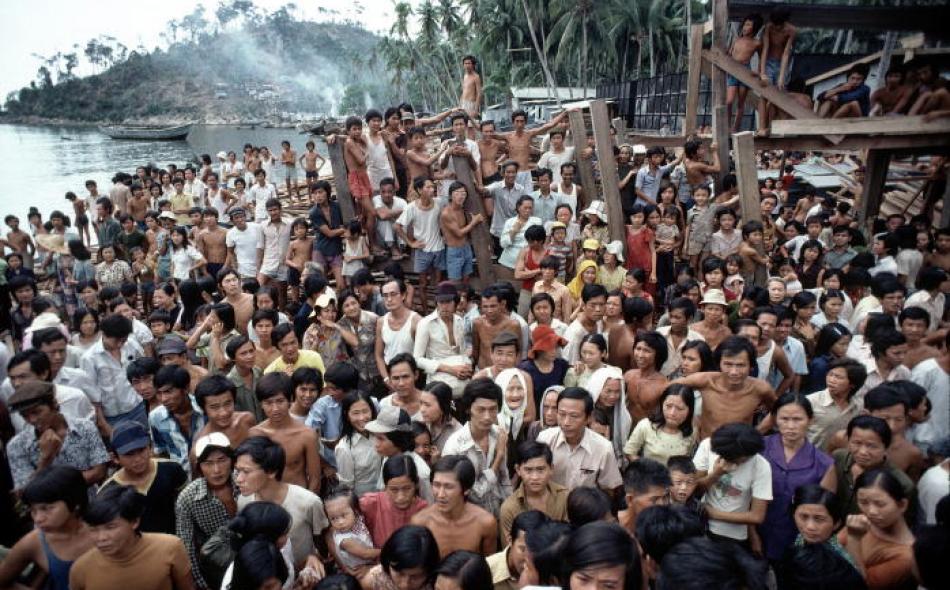 Trade agreements require that all domestic regulations undergo “trade impact” or cost-benefit analyses before implementation to demonstrate that they are “least trade restrictive” and “necessary” to protect public and environmental health, worker safety and other public interest objectives. United Nations human rights advocates have responded by proposing that all trade agreements include provisions for “human rights impact” studies before and after implementation.

As the United States attempts to finalize the terms of the Trans-Pacific Partnership (TPP) agreement, a human rights requirement in the Fast Track Trade Promotion Authority (TPA) bill signed by President Barack Obama on June 29 may reduce the TPP members by at least one, despite White House claims that fast track TPA protects human rights. The human rights debate over trade has heated up in Washington and Geneva, the home of the UN Human Rights Council (UNHRC).

In June 2014, the UNHRC passed a resolution (26/19) (SouthNews, No. 59, July 4, 2014) creating an open ended Intergovernmental Working Group (IGWG) on corporate human rights abuses. The Working Group is charged with negotiating a binding legal instrument to prevent and seek redress for transnational corporate violations of human rights. Not only did the United States vote against the resolution, it was absent from the first session of the IGWG this month in Geneva, according to a Transnational Institute press release.

Yet the presidential Office of the U.S. Trade Representative (USTR) advocates binding trade and investment agreements to protect investor rights of many of those corporate violators of human rights. USTR Michael Froman has invoked “investor rights” protected by an Investor State Dispute Settlement mechanism as essential to the “high standards” of the proposed Transatlantic Trade and Investment Partnership (TTIP) and the TPP agreements.

The policy incoherence between human rights and investors’ rights was noted in a keynote speech by Victoria Tauli Corpuz, the UN’s Special Rapporteur on the rights of indigenous peoples, who pointed out at the opening session of the negotiations that, “What we see more and more is that foreign investors and transnational corporations are provided with very strong rights and extremely strong enforcement mechanisms. On the other hand global and national rules dealing with the responsibilities of corporations and other forms of businesses are characterized by the form of soft law.”

Negotiating binding protections for investors, while promoting non-binding principles to protect human rights, is by no means unique to the Obama administration. However, because the USTR characterizes investor “rights” protection as essential to the “high standards” of the TPP and the TTIP, the Obama administration invites scrutiny of the alleged “high standards” of the TPP and TTIP members.

In an article criticizing the U.S. State Department’s rumored plan to upgrade Malaysia to a “less odious” Tier 2 human rights violator to enable its inclusion in the TPP, Charles Santiago, a Member of the Malaysian Parliament, writes that the upgrade is “just like receiving a Nobel Peace Prize before proving one’s worth.” This reference to President Barack Obama’s acceptance of a Nobel Peace Prize at the outset of his first term in 2009, before he had done anything to merit the Prize, might seem a gratuitous personal attack.

But, let’s consider the kind of human rights compliance performance that the State Department wants to upgrade to include Malaysia as a TPP member—Trafficking in Persons.

On July 10, MP Santiago and U.S. Member of Congress Joseph Pitts wrote to President Obama, “Rewarding Bangladesh, Burma, Malaysia, or Thailand with an upgrade in Tier ranking would serve only as a devaluation of internationally recognized human rights and would send a dangerous signal to the world about the United States’ commitment to ending modern day slavery.” Enslaved persons, trafficked from other prospective TPP members, provide much of the labor for the palm oil investments in and electronics exports from Malaysia. Regulations to prevent trade in palm oil or other products from transnational corporate human rights and environmental and worker safety law violators could be challenged under the terms of the TPP’s draft Investor State Dispute Settlement chapter, published by Wikileaks in March 2015.

The administration’s Fast Track Trade Promotion Authority bill requires that countries included in the State Department’s list of violators of the U.S. law against human trafficking be excluded from entering into trade negotiations with the United States (Section 106 paragraph 6 a-b). Scrutiny by Malaysian and U.S. legislators of U.S. State Department plans to upgrade Malaysia’s human rights compliance status revealed the Obama administration’s low human rights standards for becoming a Party to the TPP.

Two weeks after President Obama’s eloquent eulogy on the murders and violations of civil rights of two pastors and seven parishioners in a church in South Carolina, his State Department was preparing to upgrade Malaysia in its Trafficking in Persons (TIP) report, despite reports of Malaysian government persecution of those who reported on the corpses of hundreds of trafficked persons at the Malay-Thai border. The Malaysian Bar Association stated of the Malaysian government, “It is inconceivable that an extremely sensitive area such as our international border with Thailand could have been left so unpatrolled and unmonitored, as to permit these ‘death camp’s to have been set up and allowed to mushroom undetected, people to have been detained and kept in such appalling conditions, and for this massive loss of life.”

Citizens’ Trade Campaign, of which IATP is a member, denounced the planned human rights upgrade of Malaysia and urged its members to write to their Member of Congress to stop the upgrade. On July 15, nineteen Senators wrote to Secretary of State John Kerry asking that the State Department not “prematurely” upgrade Malaysia’s status in its TIP report. While not accusing the State Department of bending to White House pressure to enable Malaysia to join the TPP, the Senators implicitly repudiated U.S. Trade Representative Michael Froman’s contention, made while visiting Malaysia, that a change to Malaysia’s anti-trafficking law could qualify it for a TIP upgrade and thus inclusion in the TPP. (“Nineteen Senators Urge Kerry Not to Remove Malaysia from Trafficking Blacklist,” Inside U.S. Trade, July 15, 2015. Subscription required.)

Among the labor and environment objectives of the fast track TPA is that a Party to a trade agreement with the United State “does not fail to effectively enforce its environmental or labor laws, through a sustained or recurring course of action or inaction” (Section 102, subsection 10 paragraph a) iii). Enforcement of a Party’s labor or environmental law is a non-binding objective. So Mexico’s failure to enforce its agribusiness labor laws and to allow exporters to abuse workers in horticulture plantations likely will not disqualify Mexico as a TPP member.

The Obama administration, so passionate about the defense of U.S. civil rights, pursues a contradictory policy regarding international human rights and investor “rights” in its trade agreements. By opposing binding UNHRC measures, the Obama administration signals to investors that they will be protected against loss of anticipated profits under TPP, even if the cost of that protection is allowing transnational corporate violations of human rights.

When the United States fails to prosecute and effectively penalize corporate crime, and blocks UN discussion of a binding legal agreement to prosecute the transnational corporate activities that result in violations of human rights, nobody should be surprised that criminal syndicates will provide labor for “free” trade at the lowest price possible, i.e. for no wages at all. If President Obama adds Congressional approval of the TPP to the legacy of his achievements, corporate human rights violations under the TPP and the non-binding fast track TPA negotiating objectives will be part of that legacy.

Postscript: On July 27, the State Department proved the rumors true by removing Malaysia from among Tier 3 violators in its Trafficking in Persons report, thus enabling Malaysia to join the TPP. Both U.S. and Malaysian legislators accused the Obama administration of ignoring the Malaysian government’s failure to prosecute human traffickers in order to expand the TPP. On July 28, President Obama told Heads of State and other officials of the African Union meeting in Addis Ababa, Ethiopia that “I’m convinced that nations cannot realize the full promise of independence until they fully protect the rights of their people.” In the context of remarks on an imperfect United States, he later replied, “when we fall short of our ideals, we strive to do better.”