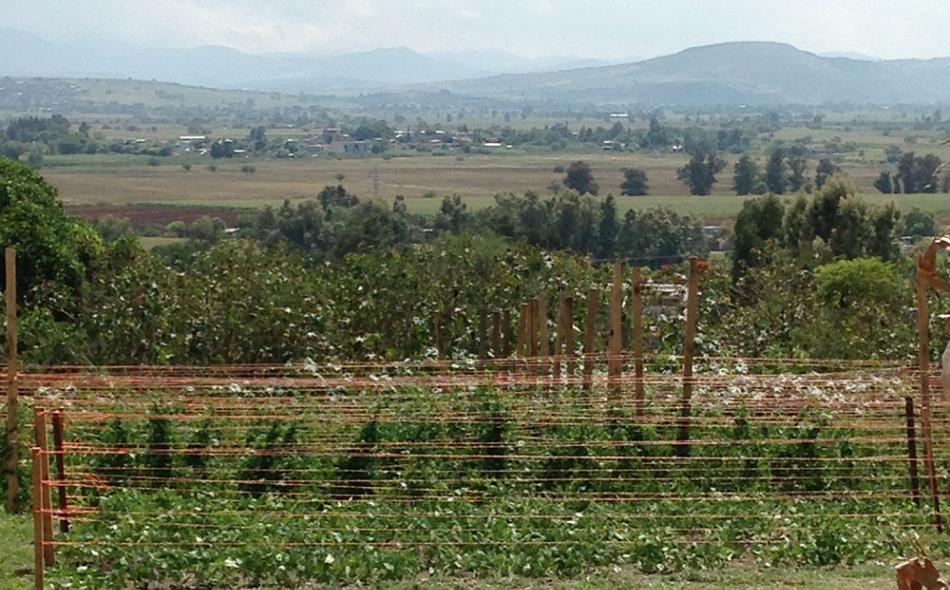 IATP’s long-time ally in Mexico, ANEC (the National Association of Producers' Enterprises) held a three-day conference recently (Aug. 31 – Sept. 2) celebrating its 20th anniversary, and more significantly, discussing what should be the next steps in creating an international agenda for agroecology in Latin America. Momentum in favor of agroecology is growing in response to a number of documents and events including our own report on Scaling Up Agroecology, several open letters by prominent scientists, International Seminars in Rome and Brasilia organized by the United Nation’s Food and Agriculture Organization (FAO), the Nyéléni Declaration of the International Forum on Agroecology, and upcoming meetings in Senegal and Thailand, to name a few examples.  Building on that momentum, the meeting’s theme was “Peasant Economies and Agroecology: Social Movements, Knowledge Exchange, and Public Policies.”

The meeting included more than 300 participants from 16 countries and 15 Mexican states. Following the opening remarks of Olga Alcaraz (Secretary of ANEC’s Governing Board) and Victor Suárez (Executive Director of ANEC and former IATP board member), I gave my own welcoming comments (IATP assisted as co-coordinators of the conference). Looking out into the crowd before I began my formal talk, I asked how many campesinos[i] were in the audience; I figured there was a good number due to the many Stetson hats in the crowd. Around a third of the attendees—100 people or so—raised their hands. This, I noted, was an excellent sign, and one of the most exciting and significant elements of this anniversary and conference: there are very few conferences I have attended as a professor or as a staff member at a nonprofit that had so many farmer attendees. Having a critical mass of the people living the challenges we’re confronting is so important, and alongside the numerous extensionists and academics, the ANEC meeting showed the power of bringing scientists and farmers together directly to talk and exchange experiences. What’s more, the scientists in attendance included some of the most prominent in Mexico and in the Americas more generally. The full program is available on ANEC’s website, but several highlights include Dr. Victor Toledo of the National University of Mexico, whose nearly 300 articles and presentations have again and again lent scientific support to the vibrancy and importance of agriculture and innovation, and Dr. Clara Nicholls, the current president of the Latin American Scientific Society for Agroecology.

Those two prominent scientists barely scratch the surface of the numerous dedicated, knowledgeable, and deeply passionate researchers in attendance. And in addition to farmers, researchers, activists, university administrators, financial authorities, and representatives of charitable foundations who support agroecology, the new national Secretary of Agriculture of Mexico, José Eduardo Calzada Rovirosa, and the Mexican representative to the FAO, Dr. Fernando Agustín Soto Baquero gave remarks and support.

After presentations by many of these figures, the conference broke into working groups on Day Two. The groups covered five separate topics of fundamental importance to realizing and supporting peasant agroecology:

What’s interesting is that these five themes are relevant not just in Latin America, but in the U.S., and throughout the world. We’re seeing this in forum after forum, not just at the FAO Regional Meetings nor simply from the All-Party Parliamentary Group on Agroecology in the UK, or even in recent discussion and debate with the European Parliament.  These themes appear in scholarly papers and demands by social movement members themselves. We’re seeing these their relevance in the continued study and implementation of “dialogues between ways of knowing” and alternative practices, in the focus on supporting women and youth and their leadership and also supporting men to assume a wider diversity of new and shared roles. And we continue to learn ever more about the potential for agroecology to support biodiversity, address climate change and resilience, and to enhance nutrition and food sovereignty.

The meeting in Mexico ended with a powerful joint statement, agreed to by acclamation from the conference floor, acknowledging that “Because the model of peasant agroecology is an alternative paradigm, not only for agriculture, food, and climate change, but for of all life against the collapse of civilization in which we live, we consider it a duty of solidarity and an unavoidable political commitment to share it, to divulge it, to advance it for all of our America.” The final statement also agreed to a number of commitments from the attendees, including:

[Some points have been summarized here for brevity; read the full declaration in Spanish or an English translation of the declaration.

With the FAO Regional Meetings on Agroecology in Africa and Asia to come this November, commitments from the ANEC meeting attendees to participate in worldwide days of action against free trade agreements (October 10–17, 2015), the upcoming United Nations Conference on Climate Change (COP21) in Paris, possible regional meetings on agroecology in Europe and more still, we are seeing the beginning—and maybe beginning to see the middle—of the transition towards a truly just, sustainable, sovereign and agroecological system happening right before our eyes. That said, we cannot wait for it to happen. It will happen because we work together to keep this momentum, collectively and around the world, and keep pushing the agendas of agroecology forward.

Photos from the event and farm tour.

[i] “Campesino” translates more or less as “peasant”, but in Spanish it carries more of its original connotations of “a person of the land” and is not considered insulting as it is customarily in English. It refers to small and medium-scale farmers, who in many cases are experiencing the same struggles around the world—including in the US and Europe. For the purposes of this piece, I use campesino, peasant, and farmer interchangeably.