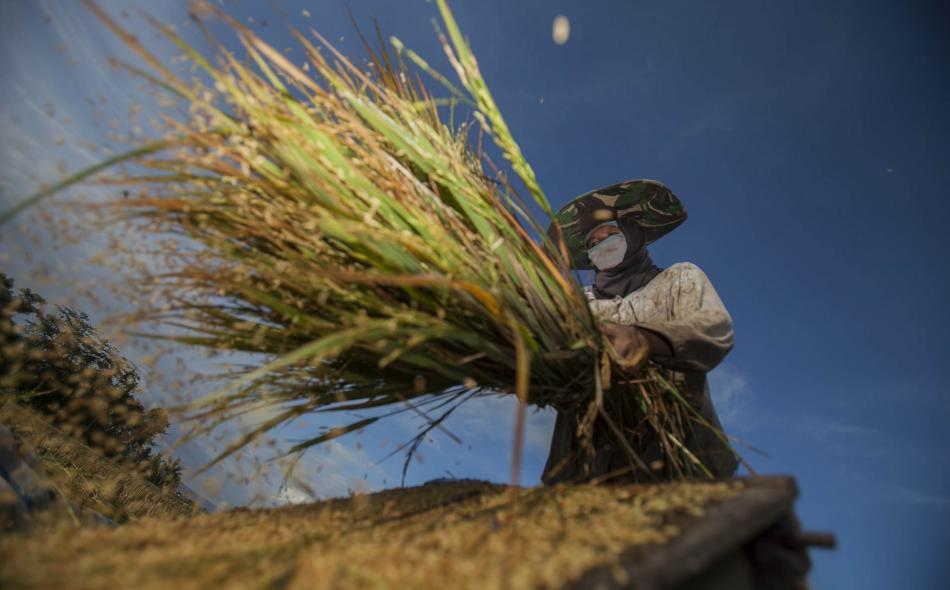 In its 42nd session, the UN Committee on World Food Security (CFS) two weeks ago made landmark recommendations linking water with food security and nutrition. It is a matter of pride for the negotiators that these recommendations are rooted in a human rights framework. Launched barely two weeks earlier in New York, the 2030 Sustainable Development Agenda (SDA), with 17 sustainable development goals and 169 corresponding social development targets, also has human rights at its heart. These are important milestones.

However, for the global Sustainable Development Goal (SDG) indicator framework is to be truly human rights-based, and to have an integrated, ecosystem-based approach to development, there is a need to monitor the progress for all, including the most marginalized and vulnerable. Only then will we ensure that “no one is left behind” and extreme inequalities are addressed. Thus the CFS recommendations on water for food security and nutrition come at an opportune time, as the UN develops these indicators.

A little history: the birth of CFS in 1974 was triggered by the world food crisis of 1972-74, brought about by widespread droughts and famine. Another food crisis, that of 2007-2008, caused by multiple crises in environment and exacerbated by the financial crisis, led to structural reforms of the institution. CFS came out of those reforms as the most inclusive international and intergovernmental platform working on food security and nutrition. Housed at the UN’s Food and Agriculture Organization (FAO) in Rome, its membership is comprised not only of states, but UN agencies, NGOs, civil society participants and research bodies as well. CFS defines world food security as existing “when all people, at all times, have physical, social and economic access to sufficient, safe and nutritious food that meets their dietary needs and food preferences for an active and healthy life.”

The emergence of CFS as the preeminent multilateral body on food security and nutrition is particularly relevant when we consider the first two goals of the 2030 Sustainable Development Goals (SDGs): ending poverty and ending hunger. The CFS recommendations on the food and nutrition security of smallholder producers—which include women, with a special focus on food insecure communities and vulnerable individuals—will be extremely helpful in developing indicators for assessing the SDGs.

Earlier this year, the CFS High Level Panel of Experts on Food Security and Nutrition (HLPE) issued a major report on Water for Food Security and Nutrition.  I served as a member of the project team that brought out the report. This is the first ever comprehensive effort by the HLPE to bring together the links between water for food security and nutrition. It went far beyond the usual focus on water for agriculture and crop production to instead combine an ecosystem-based approach with a human rights framework.

The three page summary of recommendations made available to multilateral negotiators at the CFS, called the “box,” was based on recommendations from the HLPE report. Since the CFS deliberations are intended to guide countries in setting policy, the recommendations should inform other processes as well. As countries move forward on developing indicators to measure the SDGs, the recommendations are especially relevant not only with reference to goals on poverty and food security, but also on water (goal six), health (goal 3), decent work (goal 8), inequality (goal 10), production and consumption (goal 12) and ecosystems (goal 15), to list a few.

CFS recommendations to improve water for food security and nutrition recall that water is the lifeblood of ecosystems on which the food security and nutrition of present and future generations depend. They acknowledge increasing degradation of water resources and ecosystems and allocation mechanisms that do not recognize and protect the interests and rights of all users, especially the most vulnerable and marginalized. They encourage States and other actors to join forces within their mandate, competencies and responsibilities to address the challenges related to water’s contribution to FSN through both an ecosystem approach and a people-centered approach.  Most importantly the CFS recommendations encourage states and other key actors to make smallholder producers and workers engaged in food production/processing central to efforts to ensure food security and nutrition, and to do so without compromising ecosystem integrity.

In her presentation to the CFS on behalf of the HLPE, the project team leader Lyla Mehta called on the United Nations Human Rights Council to explore the intrinsic links between human rights to water, sanitation and food so that these rights can be meaningfully integrated in their future work. Appreciating the report, the Civil Society Mechanism (the representative civil society coordination team that participates in CFS processes) in its intervention called attention to the specific point raised in the report on the necessity of recognizing extraterritorial human rights obligations of states in the context of the transboundary nature of water. It was gratifying to watch country after country express appreciation for the report for providing a comprehensive, timely and technically sound, relevant and rights-based approach to water for food security and nutrition. Overwhelming endorsement of the decision box was marred only by the statement by the United States. Despite being appreciative of the report and party to the negotiations, in their final intervention the U.S. distanced itself from any obligations that are underscored by the economic, cultural and social  rights referenced in the final decision box.

The agreement at the Committee for Food Security to take this set of recommendations forward is an important first step. Policy makers at international, national and subnational levels will hear the very clear message that water, food security and nutrition are inextricably linked and must be addressed in an integrated manner. Only when policymaking at all levels is well integrated can the global community hope to achieve the SDGs by 2030. It is now also up to all actors involved in the negotiations, including civil society, to build on the intergovernmental and multi-stakeholder legitimacy of the CFS agreement, backed up with a solid and credible evidence-based report. We need to build the road between Rome and local communities.