Looking back from Paris to Senegal: What the FAO Regional Agroecology Meeting had to say on Climate-Smart Agriculture 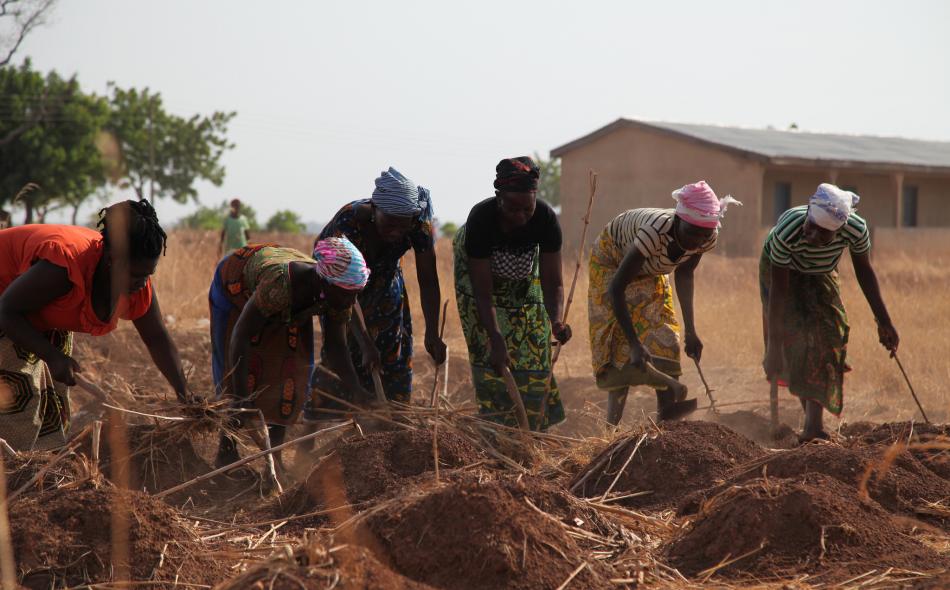 With the recent conclusion of climate talks in Paris (see Ben Lilliston’s coverage here, here, here, and here), which included strong pushes for “Climate-Smart Agriculture” (CSA) by a variety of government, NGO and corporate actors, it’s worth returning to the recent conversations about agriculture at the FAO’s second Regional Agroecology Meeting. This meeting, which I attended in Dakar, Senegal from November 4-6 of this year, once again united scientists, civil society and members of government to discuss agroecology and its potential to improve small-scale food producers’ lives, support their extensive existing knowledge and improve environmental impacts from the agrifood system, from climate change to biodiversity.

One clear message voiced by civil society (which included groups representing pastoralists, fisherfolk and smallholder farmers from throughout the continent of Africa) was a desire to keep climate-smart agriculture distinct from agroecology. There has been interest from various actors in comparing or even combining agroecology—proposing to take “the best of both.” As we have written at IATP, we are skeptical of such an approach, not least because its “clever ambiguity” opens the door for practically anything to be called climate-smart. During conversations and consultation in Dakar, it seemed clear that, by and large, the civil society participants did not see what value “climate-smart” was bringing to the conversation or their efforts. They saw it as unambiguously different than what many of them were practicing in terms of agroecology, a term that spoke to many of their groups and their traditions. The concepts of agroecology also align with the efforts of Africa-wide organizations such as the Alliance for Food Security in Africa, which launched a series of agroecology case studies at the meeting, and intercontinental organizations such as La Vía Campesina, the smallholder family farmers’ movement which is currently headquartered in Zimbabwe and led by General Coordinator Elizabeth Mpofu. It was interesting seeing so many stakeholders expressing the fact that agroecology, along with food sovereignty, had already been identified as the path they see to a better, more sustainable future for both food producers and the climate. The message was clear that, whatever others’ interest was in climate-smart agriculture, what most of the farmers, pastoralists and fisherfolk (and no small amount of the scientists and government representatives) there wanted to focus on was support for agroecology. In fact, several participants pointed out an international convening in Nyéléni, Mali earlier this year had already brought together “small-scale food producers and consumers, including peasants, indigenous peoples, communities, hunters and gatherers, family farmers, rural workers, herders and pastoralists, fisherfolk and urban people” to affirm the importance and centrality of agroecology.

The fact that these voices from small-scale food producers in Africa already reflect the positions of many of IATP’s allies on climate-smart as a “false solution” seems all the more reason to believe that we are on the right track with our critiques of climate-smart agriculture. Indeed, one participant (and proponent of CSA) at the FAO Regional Meeting did say, “Well, perhaps climate-smart agriculture is more of a slogan, but you know, slogans are important to politicians.” I think this may in fact be the case, and the root of the discomfort many of us feel about climate-smart agriculture. Frankly, I feel this old saw encapsulates CSA pretty spot-on: “What’s good is not new, and what is new is not good.” CSA does not, that I can see, add anything of substance to the science, practices and movement of agroecology. What it does add appears to be buy-in from some governments, NGOs and corporations. But what is this supposed “buy-in” worth when there are no firm commitments to what counts as CSA and what doesn’t, and no firm commitments to provide new funds to support good, participatory research and implementation? And even if there were such funds, what reason is there that they should be classified for “climate-smart” rather than for agroecology? One of those two terms has been around for 85 years and is based on a combination of modern science and thousands of years of farmer knowledge (hint: it’s agroecology). The other is based on a catchy phrase that entered the international lexicon five years ago or so, based on political jockeying. Now, I understand as well as the next guy that compromise is a necessary part of every effort, but the politics of this situation seem to simply be that some powerful players like the term CSA, but don’t know what it means, exactly; don’t know what new ideas it brings; don’t necessarily have new funding committed for it; and don’t have a distinct reason for using it instead of agroecology (except maybe it doesn’t ‘scare’ some people like agroecology does.) This may be the stubborn scientist in me coming out, but accepting a new term that involves so many “I don’t knows,” no additional resources and makes some powerful people less nervous does not seem a reasonable way to go.

It is worth noting a couple of other significant points from the meeting in Dakar. One is the interest by many groups in the Open Source Seed Initiative (OSSI). OSSI (which IATP has helped develop) seeks to keep the world’s heritage embodied in seeds and other germplasm[i] open for all to use, in perpetuity, rather than keeping it locked up behind intrusive and exploitative intellectual property regimes.[ii] Many African farmers fear, with good reason, that their traditional and indigenous seeds and varieties might be used to develop patented or otherwise restricted varieties by companies like Monsanto; or, that such traditions and heritage might otherwise be lost. This would be a grave shame as not only is the world’s plant and animal genetic diversity important for its own sake, our present and our future, but also because many traditional varieties have much to offer us[iii]

A case in point comes from the representatives of the Malawian Farmer-to-Farmer Project (http://soilandfood.org/). Nutritionist Dr. Mangani Chilala Katundu, along with farmers Anita Chtiaya, Alice Gubudu and Edwin Nyati Kasamba, attended the meeting in Dakar (representing this incredible project) told me that they were worried that international corporations or government pressure might lead the loss or co-optation of a local landrace of orange maize. This landrace, they told me, actually provided as much or more Vitamin A as attempts at “biofortified” varieties. It turns out, in fact, that this was recently confirmed in a study (co-authored by Dr. Katundu) published in the peer-reviewed journal Food Chemistry. I told them about OSSI, which ended up interesting a variety of farmers in Dakar; although, so far, OSSI does not have a branch or chapter in Africa. Additionally, the main power OSSI has brought so far is the ability to name and shame any companies or people who might try to take advantage of OSSI-pledged materials by locking them away behind patents. Nevertheless, despite the fact that OSSI does not create a legal barrier to taking traditional varieties out of the realm of the common good, Monsanto scientists have already made the Orwellian argument that keeping plant materials in the realm of the public domain may be “one of the most restrictive forms of access” of all.[iv] Because as a result, no company or individual could then demand everyone who ever uses a seed to pay them—the fact that seed sharing and diversification have happened for thousands of years before patenting apparently does not count.

To many of the farmer groups who attended the Dakar meeting with me, this idea—that protecting open accessibility of their common heritage to all is in fact more restrictive than a regime where farmers have to pay for their seeds each year, even if their ancestors helped breed those seeds—would have been funny, were the perverse corporate logic not so tragic.

[i] Germplasm is “the living genetic resources such as seeds or tissue that is maintained for the purpose of animal and plant breeding, preservation, and other research uses.”

[ii] “Today, only a handful of companies account for most of the world’s commercial breeding and seed sales. Increasingly, patenting is used to enhance the power and control of these companies over the seeds and the farmers that feed the world. Patented seeds cannot be saved, replanted or shared by farmers and gardeners. And because there is no research exemption for patented material, plant breeders at universities and small seed companies cannot use patented seed to create the new crop varieties that should be the foundation of a just and sustainable agriculture. Inspired by the free and open source software movement that has provided alternatives to proprietary software, OSSI was created to free the seed—to make sure that the genes in at least some seed can never be locked away from use by intellectual property rights. Through our Pledge, OSSI asks breeders and stewards of crop varieties to pledge to make their seeds available without restrictions on use, and to ask recipients of those seeds to make the same commitment. OSSI is working to create a pool of open source varieties, to connect farmers and gardeners to suppliers of open source seed, and to inform and educate citizens about seed issues.” (From http://www.osseeds.org.)