Plotting the course: COP21 and agriculture 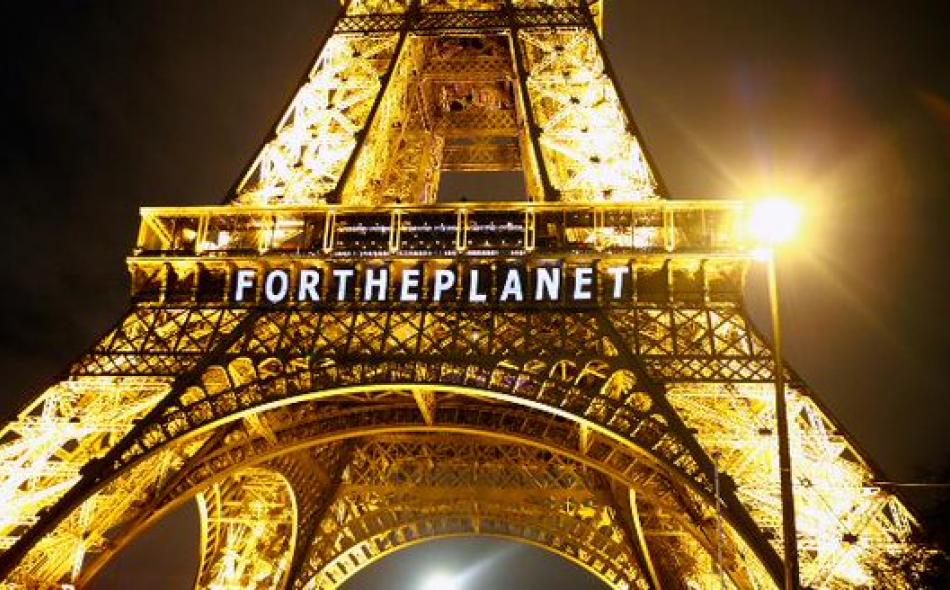 When the text of a new global climate agreement reached by 195 governments was released this weekend, one word was conspicuously absent: agriculture. That doesn’t mean issues around how farmers produce food were entirely ignored; in fact, you can see agriculture’s shadow in nearly all parts of the Paris agreement—from national-level climate plans to climate finance to new initiatives on soil. But a clear path forward on how to limit agricultural greenhouse gas emissions and support more climate resilient agricultural systems is still too politically hot for governments to take on.

The decision to sidestep agriculture, at least temporarily, within the climate agreement was not surprising. Finding common ground on agriculture and food security is notoriously difficult in international settings (see long-stalled World Trade Organization negotiations). Much of the intransigence around agriculture lies in the enormous political and economic power held by an increasing small number of global agribusiness corporations, who have little interest in new rules that don’t fit with their current business model. There is strong resistance to new regulations for agribusiness sectors that are high greenhouse gas (GHG) emitters (particularly the big fertilizer and meat companies). After the Paris agreement was reached, the meat industry immediately put out a call to start aggressively lobbying governments to protect their interests.

This is an obstacle that will ultimately have to be overcome, as the global agriculture research consortium CGIAR estimates that one-third of global emissions are associated with the global food system. A report put out by Global Justice Now last week found that three agribusiness companies—Tyson Foods, Cargill and Yara—have a larger climate footprint than many countries.

A stronger benchmark to reign in climate chaos: Countries agreed to not allow global temperatures to rise more than 1.5 C over pre-industrial levels—a stronger benchmark than previously discussed 2 C. Whether countries can reach this goal is questionable. National-level GHG reduction commitments outlined as part of the Paris agreement have the world on target for an estimated 2.7 -3.5 degree rise in the most optimistic scenarios. The International Panel on Climate Change (IPCC) will use the 1.5 C reference point in its future scientific and policy assessments, and it will be used as a barometer of progress in national level GHG climate assessments.  For agriculture, which is already experiencing the effects of climate change, setting a stronger benchmark should benefit farmers trying to adapt to extreme weather events. This more ambitious goal will also require greater reductions in agricultural-related emissions in the very near future.

Ratcheting up non-binding national climate commitments: At the heart of the climate agreement are national level commitments to reduce GHG emissions by 2025 or 2030, known as Intended Nationally Determined Commitments (INDCs). These commitments submitted by 186 countries explain how much GHG emissions will be reduced by sector, and they identify policies to reach those goals. According to CGIAR, some 80 percent of INDCs include agriculture or food, policies that cover both agricultural related emissions, as well as adapting to climate change.

Current INDCs commitments don’t get us close to the 1.5 C goal and, perhaps more discouraging, they are voluntary, not binding. The deal does set up a framework to ratchet up INDC commitments over time. In 2018, there will be an assessment of progress incorporating the latest climate science. In 2020, countries can ratchet up their commitments for the next five year period, and continually ratchet up climate goals every five years going forward. The agreement sets a long-term goal of reaching zero net emissions sometime in the second half of the century. Zero net emissions doesn’t mean no emissions; instead, it means that emissions can be offset by land-based efforts to sequester carbon, either through forestry or agriculture. The net zero approach has been sharply criticized by civil society groups like ActionAid and the Stockholm Environment Institute as a way for polluting industries to avoid making real emission reductions, while relying on land-based offsets that are both unreliable and could result in a host of bad outcomes for farmers and communities tied to agriculture or forests, such as land displacement.

Falling short on climate finance: Another pillar of the agreement is finance, more specifically how developed countries, particularly those most responsible for greenhouse gas emissions, will financially support developing countries who are dealing most urgently with the effects of climate change. Approximately 48 developing countries have cited the need for additional climate finance to implement their INDCs. In 2009, developed countries agreed to contribute $100 billion a year to developing countries in climate related finance by 2020. In Paris, they reaffirmed the $100 billion target (but again, no binding commitments for specific countries) and agreed to revise that goal (with the $100 billion as a floor) by 2025. Climate finance commitments continue to be criticized for both not being enough, currently only about $2 billion annually to dedicated climate funds like the Adaptation Fund and the Green Climate Fund, and for double-counting previously committed development aid. According to the Overseas Development Institute, public finance currently committed to by developed countries for climate change will reach only $18.8 billion a year by 2020. Climate finance efforts continue to be hindered by the absence of clear standards for how funds will be counted and where they will be delivered.

Poorly performing carbon markets still favored: The agreement continues to support the creation and expansion of carbon markets as the primary climate policy lever by creating two ways for countries to meet their GHG reduction pledges. First, by 2020 it will build upon protocols for creating carbon credits previously established within the Kyoto Protocol to create a new centralized market mechanism (a global carbon market). Any country could participate in that global carbon market, though there are continue to be big questions about demand for such a market.  Second, it supports a decentralized cooperative approach, where countries can link together their national-level carbon markets. Bloomberg News reported that 17 countries, including the U.S., Japan and Germany, announced in Paris that they will work together to set common protocols for national and regional carbon markets in order to connect them in the future. China will launch what is expected to be the world’s largest carbon market in 2017—further entrenching carbon markets as the go-to climate policy.

Poorly designed carbon markets have largely failed to produce an adequate price on carbon to drive down GHG emissions. According to a recent study, up to three quarters of carbon credits established by an existing UN program may not have resulted in any emission reductions. In the case of agriculture, mostly viewed strictly as an offset for polluters, IATP has reported on five reasons why carbon markets won’t work for agriculture, and how such offset projects are not appropriate for small scale farmers and serve project developers more than participating farmers.

Voluntary soil initiative launched: Agriculture was included in several voluntary initiatives launched around the talks, known as the Lima-Paris Action Agenda. One of these voluntary initiatives was a much publicized French 4 pour 1000 initiative focused on sequestering carbon in the soil through agroecological and agroeforestry practices. We wrote about this largely research focused initiative when it was announced earlier this month. A number of countries, research institutes and NGOs have already signed up. But big questions remain about what the initiative will look like on-the-ground, the level of participation from farmer and civil society organizations and how it will be funded. French Agriculture Minister Stephane Le Foll said he hopes to have these pieces in place for the next UN climate meeting in Marrakesh, Morocco in November 2016.

Where next for agriculture and climate?: As many climate justice organizations have pointed out, the deal fails on many important fronts. It doesn’t bind countries to strong enough emission reductions, it doesn’t provide enough public money to countries that most need it, and it continues to promote a carbon market policy approach that has largely failed.

For agriculture, the global climate deal avoids the tough questions about how to reduce agriculture-related GHG emissions from industrial systems dependent on synthetic fertilizer use and large open pit manure lagoons linked to confined animal production, while transitioning toward more climate-resilient systems, including identifying what agricultural systems are most climate-resilient. As is the case with oil and coal companies in the energy sector, powerful agribusiness corporations will be at the table to protect their interests in future climate policy. At the same time, there is growing international support for the more farmer-centered approach of agroecology from both scientists and social movements like Via Campesina—an approach IATP has strongly advocated for.

The global climate deal in Paris has set the stage for an escalating debate about the way forward on agriculture in a climate chaotic world. We can expect this debate to happen at the national level as countries implement and strengthen their INDCs, and at the international level in discussions around climate-finance and food security. A climate-resilient focus for agriculture will ultimately have to be integrated within national farm programs like the U.S. Farm Bill, and regional and global trade rules which often limit climate policy. To meet the challenge climate change poses for farmers and agriculture, governments will have to become a lot bolder than they were in Paris.