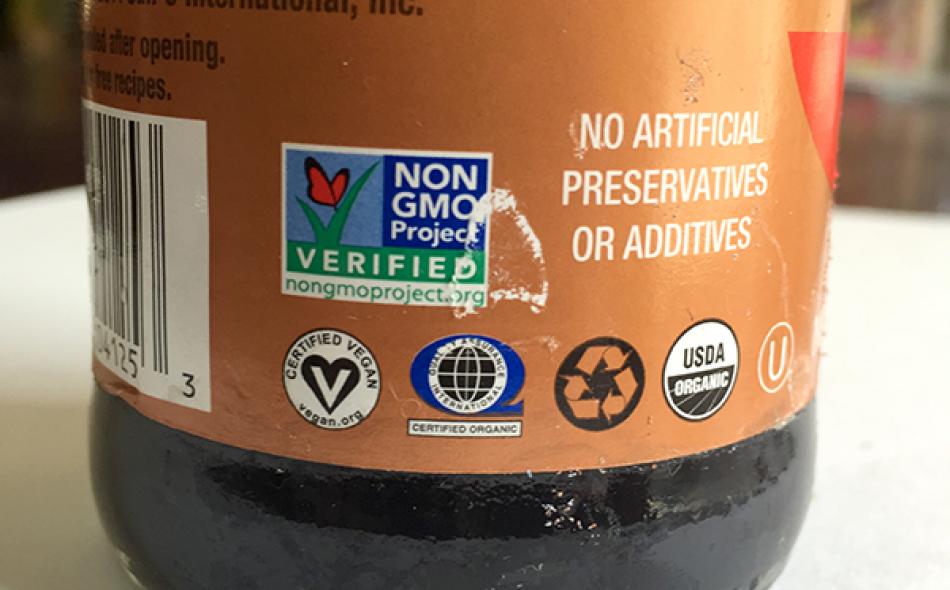 On July 1, Vermont’s law requiring the labeling of genetically modified foods will go into effect. That simple requirement to inform consumers about what they are eating sent a shiver through a Congress hooked on millions of dollars in biotech and food industry money. In a last minute desperate attempt to block the Vermont bill, Senate Agriculture Committee leaders Pat Roberts and Debbie Stabenow proposed a new mandatory Genetically Modified Organism (GMO) labeling bill that would pre-empt the rights of states like Vermont to set labeling rules for GMO food.

The problem with the compromise is that it’s not really a compromise – it’s very close to what Monsanto and the food industry asked for. The industry’s priority was to avoid at all costs mandatory language or a GMO symbol on food products. The compromise bill gives food companies two options: they can use a symbol or clear language that the product contains GMOs, or they can use a bar code or QR code that could be accessed by the consumer through a smartphone. Smaller food companies would have the option to just list a website or an 800 number for consumers to find out whether the food contains GMO ingredients. Wonder which options the food companies using GMO ingredients will choose?

Many consumers don’t have smartphones to access QR codes or the instant high-speed internet access necessary to check a website on the spot when buying foods. And do you want to call an 800 number with each individual food purchase?

The proposed bill won’t go into effect for two years, though preemption for states that have passed labeling bills like Vermont, Connecticut and Maine begins immediately. The compromise bill only applies to traditional genetic engineering, not to new gene editing techniques, warns Consumers Union. Nor does it apply to meat from animals fed GMO feed. There are also no enforcement measures for non-compliance.

Most GMO foods grown in the U.S.—corn, soybeans, cotton, and more recently sugar beets—are used as either food ingredients in processed food, for animal feed or in ethanol production. New GMO foods are entering the market that consumers more directly like consume sweet corn, potatoes, apples and salmon.

Congress has been trying to pre-empt the Vermont GMO labeling law, and others passed in Connecticut and Maine, since it was first passed in 2014. Earlier this year, the House passed a weak, voluntary GMO labeling bill that would pre-empt state GMO labeling laws. The Senate tried to pass a similar voluntary bill in March, but after a rush of grassroots citizen pressure, the bill was rejected on the Senate floor.

Now, the last ditch compromise bill could return to the Senate floor later this week. Passage is far from guaranteed. Senator Bernie Sanders has already declared he will do everything he can to defeat the bill.  The House won’t consider the bill until after the July 4 recess and a tight legislative schedule may push off a vote toward the end of the summer.

The biotech industry has been enormously successful in hamstringing U.S. government regulation since the first GMO crops were introduced in the early 90s. Dan Quayle’s Council on Competitiveness set the initial framework for deregulation when it declared GMO crops were “substantially equivalent” to other crops and required no special pre-market testing or consumer labeling. The U.S. government has acted as much as a partner as it has as a regulator to the biotech industry. The FDA essentially ignored more than one million citizens calling for mandatory labeling, while the State Department routinely attempts to intimidate other countries into deregulating GMOs.

Despite polls consistently finding that 90 percent of Americans want GMO labeling, the biotech industry and its army of lobbyists have beat back every attempt to do so thus far. But this time may be different. A growing number of food companies have already shifted to using GMO labeling in response to the Vermont bill. As importantly, no one seems fooled by the biotech industry’s dream compromise bill that will continue to keep consumers in the dark.

Your Senator needs to hear from you. Tell your Senator, No Deal on GMO Labeling!