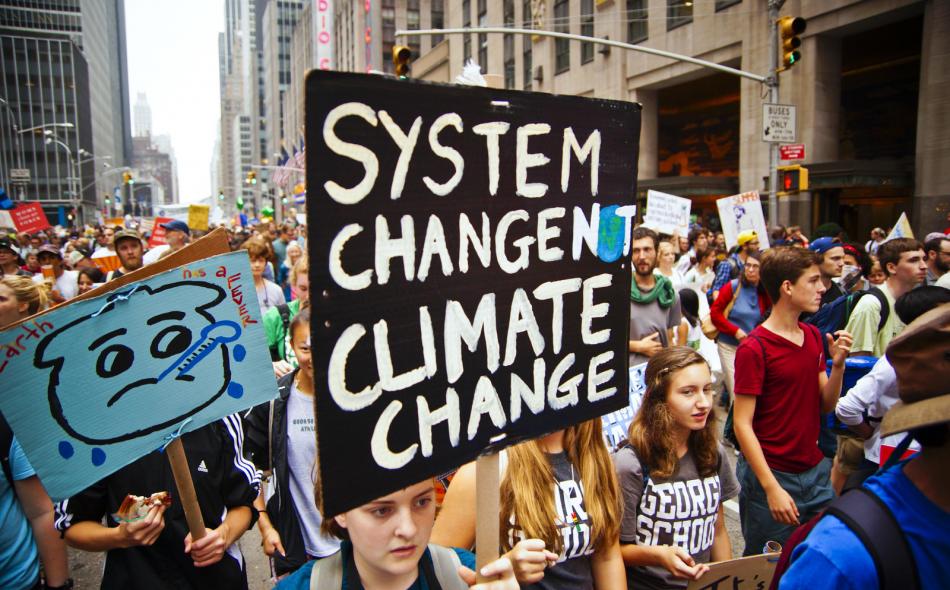 Earlier this week, the European Parliament approved the Paris climate agreement, joining more than 60 other countries in signing the deal and paving the way for this historic global effort to enter into force. While the Paris deal is truly a major step forward, countries will have to overcome a series of hurdles created by trade agreements to reach their climate goals. An escalating fight at the World Trade Organization (WTO)—attacking renewable energy initiatives in two of the world’s biggest polluting countries (the U.S. and India)—shows why untangling trade agreements from climate goals should be the next big step.

As part of the Paris agreement, countries submitted voluntary climate plans, known as Intended Nationally Determined Contributions (INDCs). But the ability of countries to reach those climate goals will depend on rewriting trade rules at the WTO—and a series of regional and bi-lateral trade agreements—that consistently favor corporate rights over the climate.

The WTO fight between the U.S. and India proves the point. The U.S. Trade Representative (USTR) launched its challenge of India’s solar initiative at the WTO in 2013. As part of the USTR’s commitment to eliminate what it calls “localization barriers to trade,” the agency charged that India’s program included subsidies and incentives that benefited India solar cell and module makers over U.S. companies. The USTR claimed that India’s “local content requirements” violate WTO national treatment obligations, which require foreign firms to be treated the same as domestic firms. India pointed out that the solar program served the same purpose as many green jobs programs in U.S. states that also supported renewable energy and that India’s solar program was essential to meeting their INDC as pledged in the Paris climate agreement.

Last month, a WTO panel issued a final ruling determining that India’s program did violate WTO rules. The country will either have to change the program or face U.S. retaliation in the form of tariffs. In response, India took initial steps at the WTO to challenge renewable energy programs that create local, green jobs in eight U.S. states.

Trade rules become even more thorny for the climate when it comes to regional free trade deals, like the North American Free Trade Agreement (NAFTA) and the proposed Trans-Pacific Partnership (TPP), which are designed to go further than WTO rules. For example, the proposed TPP not only allows countries the right to challenge national regulations—covering areas such as government procurement, financial services, intellectual property and food safety—but it also grants foreign corporations the right to challenge such regulations.

In a report released last month, we looked at the INDCs of TPP countries and potential ways the trade deal could undermine national climate goals. The results were alarming. TPP rules will impact sectors like energy, agriculture, forestry and mining—all major contributors to climate change. The TPP also ties the hands of governments developing policies to address climate change, like popular green jobs programs. With 30 chapters and more than 5,000 pages, nowhere in the TPP do the worlds “climate change” appear.

Finding ways to reconcile the growing conflict between trade rules and climate goals is getting more attention, including from the United Nations Conference on Trade and Development (UNCTAD). The Sierra Club’s Ben Beachy has proposed a Peace Clause at the WTO, which would prevent future cases against climate initiatives. Others have proposed a climate club, which focuses on the biggest polluters putting a price on carbon and taxing imports from non-member countries.

The weakness of the Paris climate agreement is that it is based on voluntary pledges. Without legal enforcement, the deal largely relies on peer pressure. Those voluntary pledges are scheduled to ratchet up over time and could ultimately add real teeth for enforcement; but trade deals already have teeth. They will continue to chew through the Paris climate deal until countries come to grips with their past appetite for trade above all else.