Who will Trump side with on Paris climate decision? 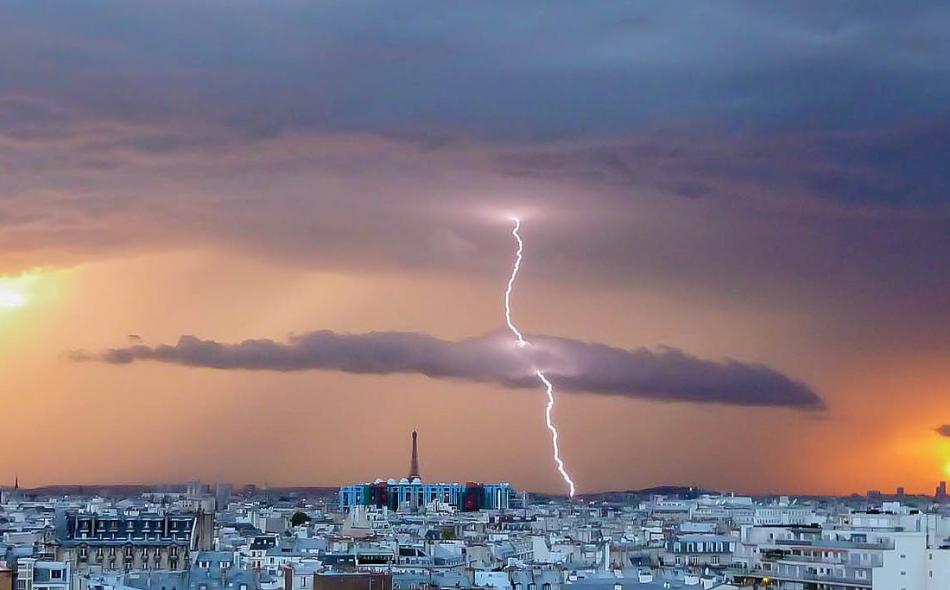 In the coming weeks, various factions within the White House will debate whether the U.S. should leave the Paris climate agreement—the global plan signed by nearly 200 countries to reduce greenhouse gas emissions. President Trump is expected to reach a decision by the G7 meeting in Italy in late May if not sooner. For farmers and other rural Americans who are already experiencing the effects of climate change, there’s a lot at stake.

The White House decision comes as U.S. farmers are recovering from a series of extreme weather events; thousands of cattle lost to wildfires in Oklahoma and Texas, dramatically stunted Kansas’ winter wheat crop due to a late spring blizzard; and an estimated 940,000 agricultural acres severely damaged in Arkansas historic flooding.

Last week brought a new sense of urgency as carbon dioxide levels in the atmosphere reached record levels. As extreme weather events escalate in frequency, the disconnect between the Trump Administration’s obstruction on climate-related action and the experiences of the nation’s farmers is a growing problem. In a letter last month, the National Farmers Union (NFU) called for President Trump to stay in the Paris deal. NFU President Roger Johnson wrote: “Farmers are on the front lines of climate change, and they have been experiencing costly disruption from climate change for some time. We ask that you maintain our existing commitments under the Paris Agreement. The contributions rural communities can make under the agreement will drive economic growth in the countryside and make American agriculture more resilient to extreme weather.”

During the Presidential campaign, Trump notoriously called climate change “a hoax” and repeatedly  promised to “cancel” U.S. involvement in the Paris climate agreement. The anti-Paris contingent within the White House is led by Chief Strategist Steve Bannon, who seems to disdain global cooperation in all forms, and Environmental Protection Agency chief Scott Pruitt—a long-time friend and collaborator of the fossil fuel industry—who has called the agreement “a bad deal.”

Others inside the Trump administration are pushing for the U.S. to stay in the Paris agreement, including the former head of Exxon/Mobil and current Secretary of State Rex Tillerson, and real estate magnate Jared Kushner. Despite the effects of climate change on farmers, U.S. Agriculture Secretary Sonny Perdue appears absent from the White House debate, consistent with his silence on climate change during his confirmation hearing.

Perhaps surprisingly, also in favor of staying in the Paris agreement are some of the country’s biggest polluting industries. These hope the Trump administration will weaken U.S. commitments to reduce emissions. As one of the world’s biggest GHG emitters, a weaker U.S. pledge could have a ripple effect by slowing global momentum for stronger commitments from other countries, as other countries consider whether to ratchet up their commitments to reduce GHGs in the coming years. (Pruitt has argued, despite being rebutted by legal experts, that country-level pledges cannot be made weaker, and hence the U.S. should withdraw from the agreement.)

Polluting industries also have other, more specific objectives for asking Trump to stay in the Paris agreement. The coal industry is hoping the agreement will bring more financial support for clean coal technology. Exxon and Shell see an opportunity to expand natural gas production as an alternative to coal around the world. Put simply, many polluters want Trump to stay in the Paris climate agreement so U.S. negotiators can weaken it, and they can profit from it.

Some quick background on the Paris agreement itself. The foundation of the agreement is built on country-level voluntary pledges to reduce greenhouse gas emissions by 2025. The operative words here are “voluntary pledges.” Countries determined their pledges, how they would reach them, and even what indicators they would use to track their pledges. The Obama Administration announced the U.S. pledge of reducing GHG pollution levels by 26 percent from 2005 levels by 2025. The primary tool to reach that goal was the Clean Power Plan, which was designed to reduce emissions from polluting coal power plants and transition the country toward more clean, renewable energy—a transition that could bring many economic benefits to U.S. rural communities. As one of his first acts in office, new EPA Administrator Scott Pruitt followed the direction of President Trump’s executive order and began the process to dismantle the Clean Power Plan. The loss of the Clean Power Plan is a clear setback for the U.S. Paris commitment.

But the Paris Agreement is nothing like a trade agreement, for example, which has legally-binding rules and a strong enforcement mechanism to bring the hammer down if commitments are violated. There is no penalty in the Paris Agreement if you don’t reach your pledge. And there is plenty of flexibility to change your pledge at any time.

Given the weak nature of the Paris Agreement, why is it important the U.S. stay in it? First, at a most basic level, addressing global climate change requires global cooperation—and this is a start. The U.S. is the second largest GHG emitter in the world and must be a leader in reducing emissions. While the Paris deal relies on voluntary pledges, these pledges create a level of peer pressure that can be effective. More importantly, the Agreement sets up a framework for stronger commitments in the future to reduce GHGs. In 2018, countries will meet again to discuss whether they want to increase their reduction commitments by 2025. And in 2020, they will again discuss whether they want to go further by 2030.

A Trump administration decision to withdraw would also be a setback for U.S. global leadership. Other allies and world leaders, including major global polluters like China, India and the European Union remain committed to the agreement. So are numerous U.S. states and cities, who have committed to GHG reductions consistent with the Paris Agreement. Last week, a dozen U.S. governors warned that climate change “already costs states tens of billions of dollars or more in damages”, and called the President to stay in the deal. Citing their commitment to the Paris Agreement and experience of reducing pollution while growing their economies, the Governors argued that pulling out of Paris would put the U.S. at a competitive disadvantage by tying the country to “technologies and economic pathways that are increasingly obsolete.”

The theme of the May G7 meeting is “Building the foundations of renewed trust.” It will be Trump’s first time on an international stage with other world leaders—all of whom are committed to the Paris climate agreement. We’ll soon learn about who Trump trusts, and whose interest he will serve, when it comes to climate change.