At the end of 2018, the Financial Times collected articles by its writers on the current U.S.-China trade and investment disputes. The collection’s headline promised a detailing of “Trump’s impossible demands on China.”  Lead economic writer Martin Wolf linked to the U.S. “draft framework” for a  January 7-9 discussion with a Chinese delegation. The document summarizes the outcomes and enforcement mechanisms the U.S. expects China to agree to—e.g., “record China’s agreement not to target United States farmers and agricultural products” with tariffs or import reductions, in response to U.S. tariffs and non-tariff actions targeting China.

The U.S. insists that China agree not to retaliate, while consenting to purchase billions of dollars of U.S. agricultural, industrial, energy and service products and conceding to the U.S.’s enforcement mechanisms. Furthermore, according to the section on protecting U.S. technology and intellectual property, “China immediately will cease providing market-distorting subsidies and other types of government support that can contribute to the creation or maintenance of excess capacity in the industries targeted by the Made in China 2025 industrial plan.” In sum, China must abandon its state-led economic development model and emulate the purported U.S. practice of allowing “the market” to determine economic development. That demand, understates Robert Samuelson, “would be politically difficult to swallow” in China. Indeed, accepting the U.S. demands likely would require not just a policy paradigm shift, but a regime change.

Of these demands, Wolf writes, “the idea that the U.S. will be judge, jury and executioner, while China will be deprived of the rights to retaliate or seek recourse to the WTO is crazy. No great sovereign power could accept such a humiliation.” But even if China were to agree, U.S. demands would have to be implemented by the state control of the economy that the U.S. claims to be unfair to U.S.-headquartered transnational companies.  Wolf writes, “The call for a reduction of the bilateral [trade] deficits by $200bn (up from $100bn) is ridiculous. It would require the Chinese state to take control over the economy—precisely what, in other respects, the U.S. demands it not do.” Notwithstanding the contradictions within these demands, will U.S. strength force China to do what the U.S. deems right?

The trade-off that the U.S. has proposed, in exchange for China’s agreement to all demands and enforcement mechanisms, is not to follow through on its threat to increase to 25 percent the tariffs on all U.S. imports from China, beginning March 2. To make the U.S demands even more compelling, The New York Times reported on January 9, “[The U.S.] Treasury would preserve indefinitely the 25 percent tariffs that Mr. Trump imposed in July and August on $50 billion a year in Chinese-made goods, or roughly a tenth of American imports, and the 10 percent tariffs that he imposed in September on an additional $200 billion in Chinese goods.” These tariffs and their national security-related justification, as IATP outlined in December, are the subject of trade disputes initiated by China and other governments at the World Trade Organization.

The U.S. Trade Representative’s “draft framework” begins with a disclaimer: “The current text is not a proposed international agreement and remains subject to ongoing review.” Nevertheless, any trade and investment policies agreed to by China and the United States would affect many of the 164 member countries of the World Trade Organization. If China’s government complies with the U.S. demands to buy specified values of U.S. goods and services, and to protect U.S. firms’ investments and intellectual property, wouldn’t the European Union or any other WTO member be cut out of those trade and investment benefits? Could at least some U.S. demands be negotiated in the WTO, despite President Trump’s threat in August to withdraw from it?

What issues might be negotiated will depend not only on who is negotiating, but whether the negotiations framework is only between the U.S. and China or whether it takes place within the WTO framework. The most important U.S. protagonist in the trade war with China is not President Trump, but U.S. Trade Representative Robert Lighthizer, according to a December 29 article in The Atlantic. He and his USTR staff have not only designed the demands and enforcement mechanisms, but also the process for ratcheting up the stipulations and the calculation that the U.S. can better withstand the economic consequences of a trade war than China can. Lighthizer, who started out as a steel industry lawyer in the 1980s (along with such colleagues as WTO Deputy Director Alan Wolff) is no fan of the WTO per se, noting that, “I hate the WTO as much as anybody.” But Lighthizer does see the organization as a useful forum for defending U.S. interests and has advised the President not to withdraw.

Indirect concessions to U.S. complaints, such as China's reporting (subscription required) in December that its 2011-2016 Aggregate Measures of Support (AMS) to agriculture exceeded its WTO commitments, appear to be part of a larger WTO-oriented negotiating strategy. In a concept paper released in November, China responded to a U.S., EU and Japan proposal for disciplines on State Owned Enterprises (SOEs) and industrial subsidies. The concept paper (subscription required) called for negotiations on SOEs and industrial subsidies to be tied to AMS reform, a goal long sought by WTO developing country members but rejected by the U.S., EU and Japan. The virtue of the Chinese proposal is that it is negotiable—unlike the U.S. demands that are tantamount to regime change. The vice, from the Trump administration’s viewpoint, is that the process is slow and the outcome uncertain. Nevertheless, IATP believes a sustainable trade remedy for the United States is most likely achieved through WTO negotiations.

One basis for tying the negotiation of industrial subsidies to that of agricultural subsidies is that the WTO disciplines the use of industrial subsidies in the framework of preventing the dumping of industrial goods—exporting those goods at below their full cost of production. However, there is no WTO discipline on the dumping of agricultural goods, (e.g., China’s complaint that the U.S. is dumping sorghum). There is no robust WTO debate about the definition of State Assisted Enterprises vs. SOEs in terms of the subsidies that enable the production and exporting of products. Some U.S. economic sectors—financial services, energy and nanotechnology—are beneficiaries of massive state assistance. A sector-by-sector negotiation about kinds and values of government assistance to trading entities could be negotiable, whereas a ban on all SOE activities or a dismantling of SOEs to enable their takeover by foreign investors would not be.

The adverse impact of the tariff retaliation on U.S. farmers, particularly soybean farmers, has been well documented, including by the Financial Times. Much less reported, however, has been the potential for reducing present and possible future retaliation impacts by renegotiating the WTO Agreement on Agriculture, including the AMS definitions. For example, why should all government subsidies for crop insurance be classified as Green Box payments, even for that portion of insured crops and crop-related livestock and poultry products that are exported?

Under the AMS definitions, Green Box subsidies are supposed to be publicly funded programs that do not distort trade. “Trade distortion” is not defined in the WTO but should be. A dictionary definition is “a tax or action that changes the normal characteristics of trade.” This definition, of course, begs the question of what the “normal characteristics” are for trade in any good or service. But that very question could be the start of a productive discussion towards disciplining government actions that enable the dumping of industrial and agricultural goods.

Developing countries insist that current Green Box definitions serve as loopholes that allow developed nations to spend much more than is trade justifiable on programs such as U.S. crop insurance that enable volumes and values of agricultural exports that would not otherwise occur. According to a 2017 paper by the intergovernmental South Centre, the state of play of AMS negotiations the previous year was that, “there is no serious discussion about reforming the Green Box even though it makes up 88-90% of EU and US’ total domestic supports. Elimination of the large AMS entitlements of developed countries, and thorough reform of the Green Box would at least contribute towards partially levelling the currently imbalanced playing field in the WTO’s agriculture trade rules.”  Instead, the U.S. has proposed disciplines on the far smaller developing country agricultural subsidies, including those for public stockholding of basic foods.

Despite developed country members’ calls for “modernizing” the WTO, by adding new agreements, (e.g. plurilateral agreements to promote cross-border trade in the digital economy), there has been no proposal to modernize agricultural trade—such as preventing and disciplining the agricultural export dumping that IATP has documented for major export crops in most years. The United States may regard China’s proposal to respond to U.S. demands by tying those demands to a WTO AMS negotiation as a recipe for getting nothing done. However, for WTO members whose farmers are driven out of business by dumped imports, China’s proposal may be regarded as an opening to a negotiation they could not obtain with their own demands.

U.S.-goods related demands on China are dwarfed in potential value by the money to be made by unconditionally opening China’s services sectors to U.S. firms. Mandatory and universal services market entry could have a far greater impact on China than any demand concerning goods, such as the still unreformed U.S. credit rating agencies, whose performance failure helped enable the financial services blow up of the global economy in 2007-2009. IATP has written recently about the Trump administration’s proposals to allow big banks and hedge funds to self-regulate the design and trading of the financial instruments whose failure triggered the crash, most notoriously signaled by the bankruptcy of Lehman Brothers and the $29 trillion Federal Reserve Bank rescue of the largest financial firms. Forced entry into China of the still under-regulated U.S. financial services sector could add to the factors that former Bush administration official Sheila Bair has identified as planting seeds for the next financial crisis.

The 2018 Trade and Development Report of the UN Conference on Trade and Development views the hostility towards the WTO and to China’s assertion of its right to develop as signs of a malaise in which trade and investment policy and practice have lost any focus on development, full employment or social purpose: “This is not, however, the start of the unravelling of the ‘post-war liberal order.’ That order has been eroded over the past 30 years by the rise of footloose capital, the abandonment of full employment policies, the steady decline of income going to labour, the erosion of social spending and the intertwining of corporate and political power. Trade wars are a symptom of an unbalanced hyperglobalized world.” If trade wars are the symptom and not the cure for such a world, symbolized by volatile and under-regulated financial markets, the Trump administration’s ultimatum to China—enforced by escalating and unilateral tariffs—is most unlikely to succeed in achieving its vast objectives.

A negotiation framework of the relatively simple trade-offs of measures on industrial and agricultural subsidies and measures to prevent dumping, as discussed above, are far from a comprehensive framework to prevent broader trade war. But a sector-by-sector analysis of government assistance to industry, including subsidies, could result in more realistic and less ideological rules on the extent to which governments may intervene to enable exports in trade of goods and services. Surely, part of a more comprehensive framework is to prevent financial service provisions in trade agreements from undermining needed domestic and international financial service sector regulation. The continued expansion of shadow banking and unregulated financial technology firms, noted by the outgoing Chair of the Financial Stability Board in a November 26 letter to G20 financial ministers, and the unregulated mega-platforms of the digital economy pose risks to human and national security, ignored by corporations and governments with visceral hostility to regulation. 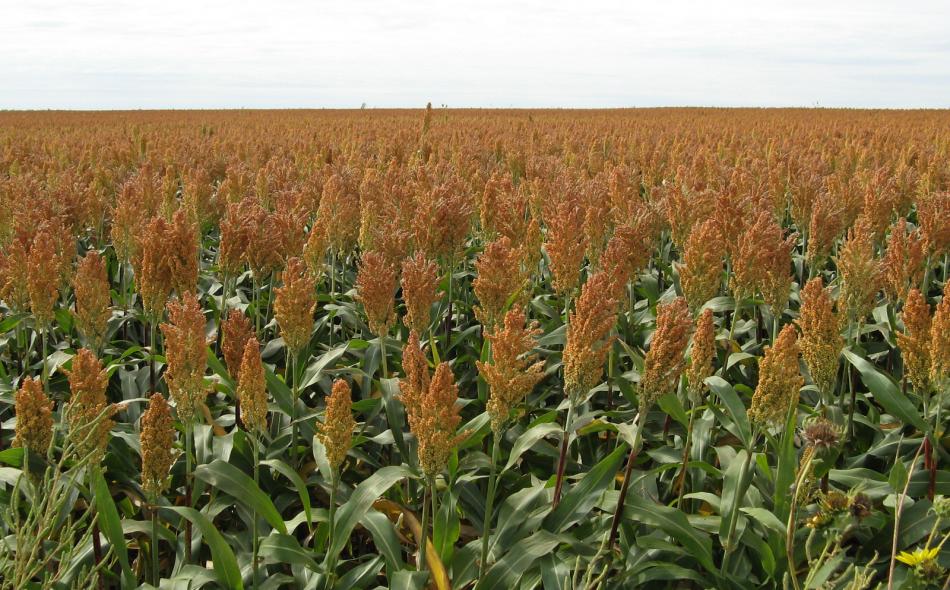 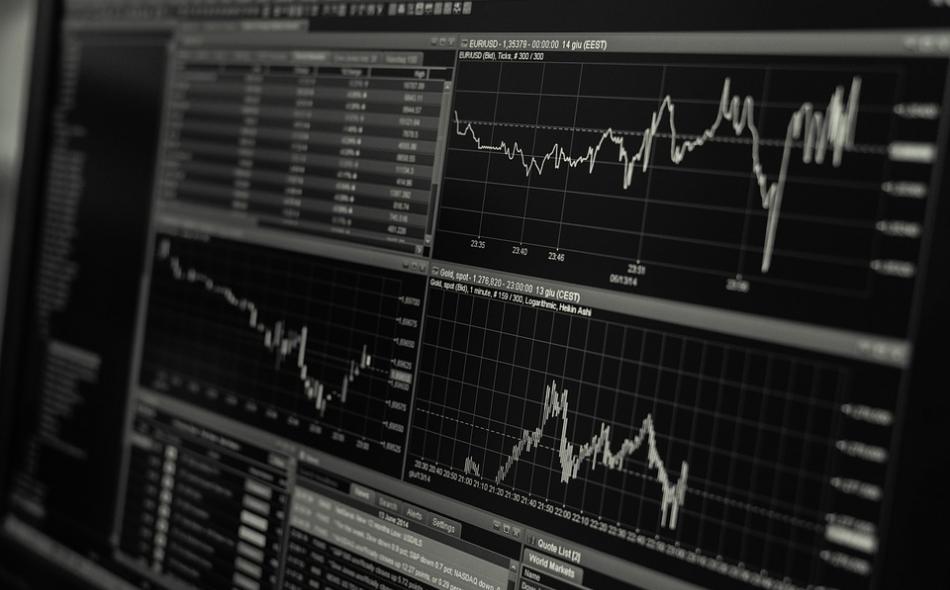