Reverting to his favorite form of discourse, President Trump tweeted last week that he would impose rising tariffs on imports from Mexico unless it stopped migration flows north into the United States. This is a violation of human rights and basic decency. It is also a direct assault on the idea of rules among nations, as well as yet another example of xenophobia replacing reason.

It’s not clear if there is any strategy behind this latest Twitter-driven policy eruption. On May 30, Trump announced that the administration would impose across the board tariffs of 5 percent on imports from Mexico starting June 10 unless Mexico stops immigration flows to the U.S. Those tariffs could rise in stages to 25 percent by October. He justified the action citing his authority under the International Emergency Economic Powers Act (IEEPA). That law has never been used to impose tariffs. It’s uncertain if this is even legal, and challenges have already been raised by Congress and the courts.

In addition to these tariffs, other moves raise additional questions about the future of the New NAFTA. Rather than working with labor leaders and Democrats to make certain changes in the new agreement, he threw down the gauntlet by sending official notice last week that the final text is done, with the implementing bill arriving on Congress’ door like a smelly dead fish as soon as 30 days later. Speaker of the House Nancy Pelosi was not amused, saying, “The Trump administration’s decision to send Congress a draft statement of administrative action before we have finished working with U.S. Trade Representative Lighthizer to ensure the USMCA benefits American workers and farmers is not a positive step. It indicates a lack of knowledge on the part of the Administration on the policy and process to pass a trade agreement.”

Just days before, Mexican President Andres Manuel Lopez Obrador’s administration announced that it would be sending the agreement to the Mexican Senate for quick approval. Mexican civil society groups complained vigorously about the lack of public debate in the rush to approve the New NAFTA. But then, the slap in the face of the new immigration-related tariff threats arrived. It’s hard to imagine that Mexican legislators could accept this insulting threat with a meek passage of the deal.

So, perhaps Trump’s plan is to complain to his base that the Democrats and Mexicans wouldn’t follow his orders, blaming them for the New NAFTA’s failure, while once again stirring up resentment against immigrants. The Roosevelt Institute’s Todd Tucker posted an tweet thread last week (helpfully reposted as a blog) musing on that possibility.

President Lopez Obrador has sent diplomatic representatives to Washington to figure out what—if anything—can be done before considering retaliatory tariffs or other measures. But he started out from an entirely different position on migrants, saying “Human beings do not abandon their town for pleasure but for need. That is why, from the beginning of my government, I proposed you to opt for development cooperation and help the Central American countries attract productive investments to create jobs and resolve this painful issue in depth.”

The reasons so many Guatemalans and Hondurans are leaving their homes are complex. Many are seeking asylum from dangerous conditions and deep poverty, according to the Washington Office on Latin America. They are also escaping the impacts of droughts and other climate-related disruptions to the region’s agriculture, as well as the powerful economic effects from the U.S.-Central America Free Trade Agreement (CAFTA), which began in 2005. In a 2015 report on a fact-finding mission to Honduras, AFL-CIO Executive Vice President Tefere Gebre stated, “What we witnessed was the intersection of our corporate-dominated trade policies with our broken immigration system contributing to a state that fails workers and their families and forces them to live in fear … The results are dangerous and serve as a warning of what we cannot allow to continue.”

There is an urgent need to renegotiate or repeal CAFTA, NAFTA and other trade deals so that they contribute to stable, fair and sustainable local economies. Current trade rules are designed to facilitate trade and investment by corporations, but that doesn’t mean that the idea of rules is wrong. IATP and many others have fought hard for a different rulebook that would start with goals of human rights, sustainable development and equity among and within countries. When Trump threatened to withdraw from NAFTA if it didn’t turn out the way he wanted, we assumed that there would still be a process: that trade rules would default to agreements reached at the WTO while the required six-month period of withdrawal negotiations took place. Tariffs would rise, but to predictable limits, and there would be time to figure out a better solution. But the latest Twitter tantrum is yet another glaring example that Trump doesn’t believe in rules.

We can only hope that Congress will reassert its Constitutional rights or the courts will put some limits on these wild and unpredictable tariffs. In the meantime, the unpredictability itself is deeply damaging, especially to rural economies. The rules in the Farm Bill and trade policy have sold a false promise: Even when prices plummet because of overproduction, export markets will save the day. IATP has documented the extent of the dumping of agricultural goods at prices below the cost of production for decades. Dumping is deeply unfair to farmers in export markets (especially in developing countries), but it hurts U.S. farmers, too. It empowers the agribusinesses that actually do the trading to shift production and costs at will, leaving farmers with fewer options—and much less power—over where they buy and sell their goods. This has been a problem for years, but the new escalation of tariff skirmishes adds new uncertainty that will only hasten the demise of family farms in the U.S., and in our trading partners, likely leading to additional pressures for migration.

Agriculture also depends on migrant workers. Flows of farm workers from Mexico have dwindled. This will also put increasing pressure on production, especially of perishable fruits and vegetables coming to harvest. If the current trend continues, this would likely decimate U.S. supplies, leading to increased imports of fruits and vegetables at even higher prices to consumers.

These problems of unfair markets, working conditions and prices have entirely reasonable solutions. Farmworker Justice and others are promoting the Agricultural Worker Program Act of 2019, which would establish clear rules to allow farmworkers to work and the opportunity for a path to citizenship. The National Family Farm Coalition has taken the lead on proposals for parity pricing, coupled with supply management to stabilize farm economies, as well as working with Friends of the Earth and many others to insert these proposals into discussions around a Green New Deal. These proposals would help to establish a new approach to agriculture that prioritizes fair and sustainable production for local, regional and national markets, with exports as the cherry on top rather than of the driver of production dependent on erratic markets.

Instead, Trump is pushing to raise taxes on imports to the detriment of the rural workers and producers he claims to care about (and, of course, the rest of us). Rather than working with historic allies like Mexico, Canada and the European Union to resolve trade disputes, he seems to want to drive them away. These wild ideas are geared more toward stirring up resentment toward those forced to migrate from their home countries rather than actually finding any kind of solution.

In the meantime, farmers, farmworkers and consumers all get caught in the crossfire. 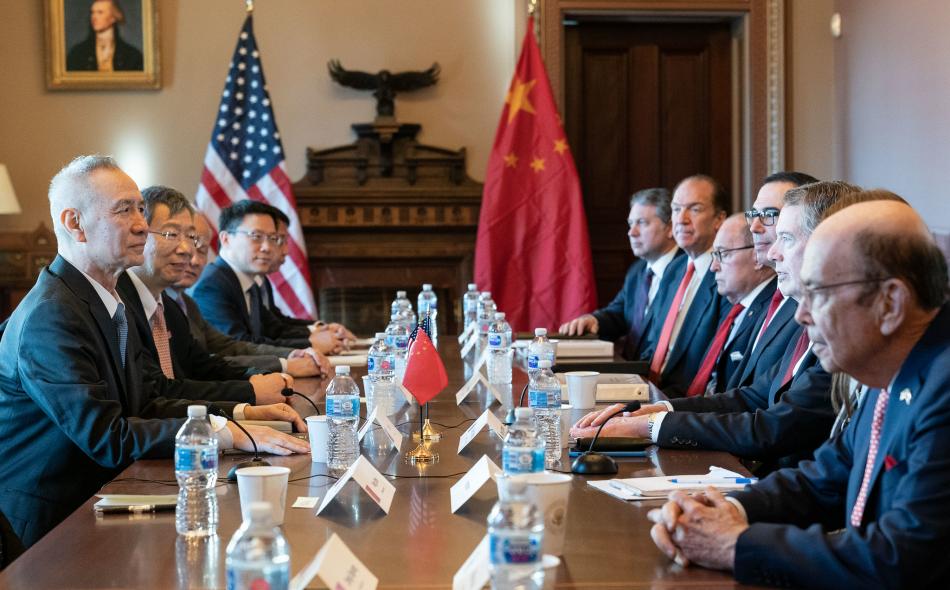 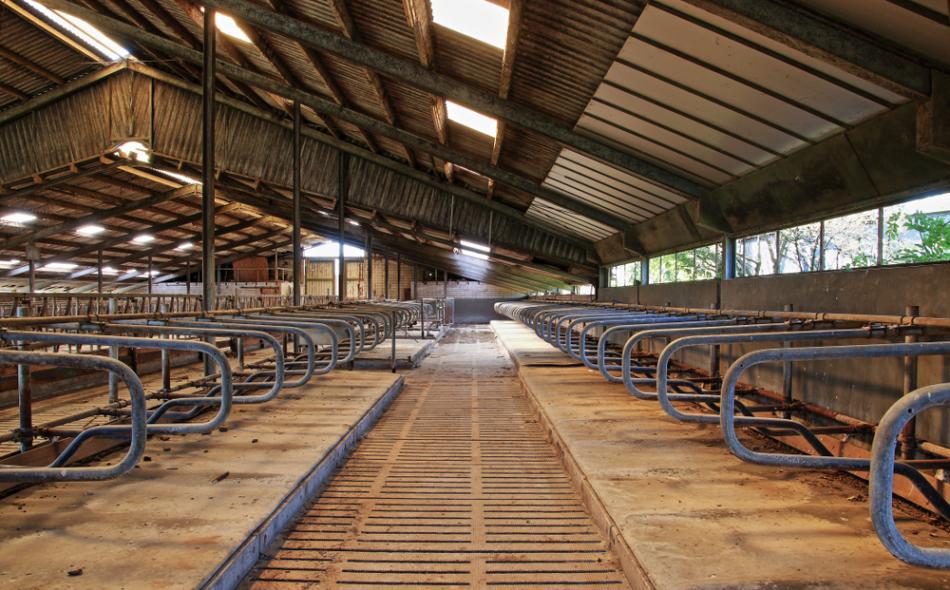 Taking farmers for a ride 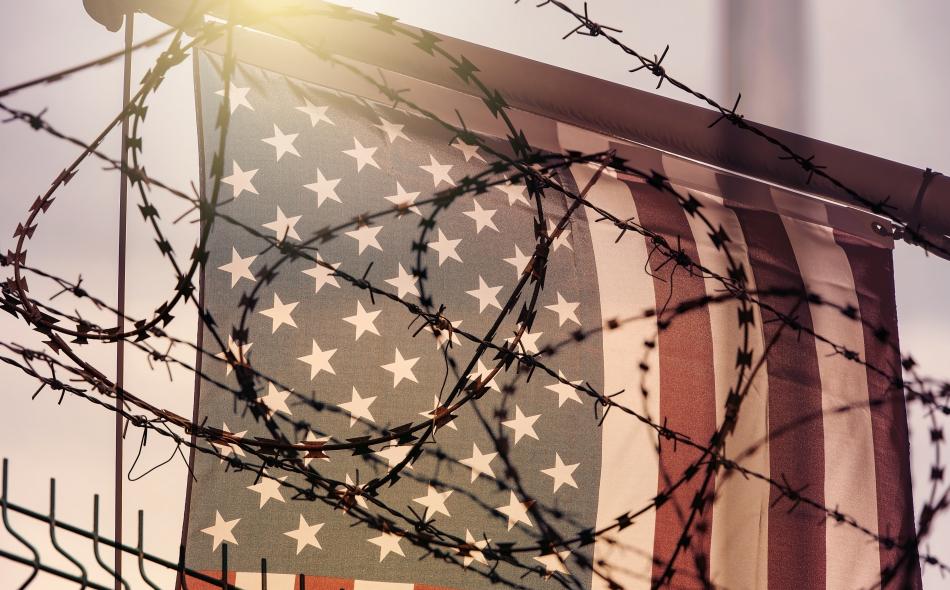