With 34 chapters, 13 Annex agreements, 14 side letters and nearly 2,000 pages of text, you wouldn’t think there could be a consistent theme across the entirety of the New NAFTA, also known in the U.S. as the United States-Mexico-Canada Agreement (USMCA). But a major focus throughout the agreement is, in fact, an obvious effort to limit information provided to consumers and workers about food ingredients and nutrition, as well as the chemicals used in agriculture, consumer products and workplaces.

New NAFTA’s singular anti-labeling focus first came to light in March 2018 when details of a confidential U.S. negotiating document aimed at limiting nutrition labels on food products were leaked and ended up on the front page of The New York Times. As IATP has detailed, the junk food industry—purveyors of sugary drinks, salty snack foods, and prepackaged, fatty and hard-to-resist convenience foods—apparently convinced U.S. negotiators to push for language in New NAFTA designed to stop the U.S., Canada or Mexico from requiring effective consumer warnings on sugary drinks and packaged foods. The Times reported the U.S. wanted to prevent any warning symbol, shape or color that “inappropriately denotes that a hazard exists from consumption of the food or nonalcoholic beverages.” The U.S. text was clearly intended to weaken, if not completely prevent, a then-pending Canadian initiative requiring clearer packaged food nutrition labeling and restricting advertising.

This explicit anti-labeling provision did not make it into the final agreement—most likely because of widespread public outcry, including a grilling of top U.S. trade negotiator Robert Lighthizer by members of Congress, who coincidentally scheduled a hearing on NAFTA the day The Times’ article was published. Nonetheless, many other provisions intended to limit labeling regulations, including for food products, did make it into the final text. These other provisions became public only after Canada’s prime minister and the presidents of Mexico and the U.S. signed the final New NAFTA agreement in October 2018.  Because trade negotiations take place in secret, members of the public and public health professionals were not permitted to see these labeling provisions until it was too late to affect the outcome. In contrast, special trade advisory committees for agribusiness, processed foods and sweeteners and sweetened products ensured that these industries with a vested interest in the outcome had preferential access to negotiators and could see and comment on U.S. negotiating proposals.

Using regulatory cooperation to restrict labeling. The global food industry is already positioning itself to use provisions in New NAFTA that promote regulatory cooperation to challenge labeling requirements, even though the agreement hasn’t been ratified by Congress and isn’t in effect. In comments submitted to the Trump administration supporting cross-border harmonizing of regulations, U.S. and Canadian meat industry lobby groups claim Canada’s front-of-package consumer food labeling rule is inconsistent with New NAFTA’s “Good Regulatory Practices” (GRP) chapter. The GRP chapter defines what information and studies may be used to develop public protections and how other countries must be involved in rulemaking and regulatory harmonization initiatives.

Imposing hurdles to labeling with “technical barriers to trade” rules. Professor Ronald Labonté of the University of Ottawa’s School of Epidemiology and Public Health raised concerns in a recent article in Globalization and Health that a “unique requirement” in New NAFTA will exert “considerable pressure on Canada and Mexico to adopt standards preferred by the US food industry and likely less influential in shaping healthier food choices” and could influence international front-of-package nutrition labeling standards currently under review in the World Trade Organization’s Codex Alimentarius process. The restrictive provision is found in Article 11.5.8 of New NAFTA’s chapter on Technical Barriers to Trade (TBT), requiring regulators to ensure that “technical regulations concerning labels ... do not create unnecessary obstacles to trade” (emphasis added). This provision could potentially prioritize trade considerations over public health. It could create an additional hurdle that governments must clear—that a mandatory label is “necessary” and that voluntary or other measures won’t suffice—even though labeling is a cost-effective and evidence-based strategy for protecting public health.

Exporting policies to limit labeling and deregulate GMOs and gene-edited foods. These same labeling provisions in the TBT chapter could be used to challenge future regulations in the U.S., Canada or Mexico to improve on-package labeling of genetically engineered food. The Trump administration has gone to great lengths to prevent consumer labeling of genetically engineered foods in the U.S. When mandated to develop a GMO food label, it came up with the “bioengineered” labeling standard, which omits ultra-processed foods from its purview and relies on a cockamamie and ineffective scheme to hide information in QR Codes and on industry websites. As IATP has detailed, New NAFTA’s Article 3-B on “agricultural biotechnology” includes provisions potentially opening markets to unauthorized new agricultural products, without these products undergoing risk assessment. Additionally, a new Trump Executive Order unabashedly seeks to deregulate oversight of biotech food products in the U.S. and abroad. Neither Canada nor Mexico currently require labeling of genetically engineered foods, and in 2017, the Canadian Parliament defeated GMO labeling legislation. Nonetheless, that could change; Mexico’s new minister of science has been an outspoken proponent of a permanent ban on planting transgenic maize in the country. Should either country reverse course (or a new U.S. administration decide to eliminate loopholes in the current bioengineered food labeling standard) the biotech industry could well argue that the regulations create “unnecessary obstacles to trade,” proscribed by Article 11.5.8 of New NAFTA.

Hiding information about food additives. New NAFTA’s Annex 3-D, “Proprietary Formulas for Prepackaged Foods and Food Additives,” could restrict public and even government access to information on food additives by cloaking these ingredients in secrecy by designating the data “confidential business information,” (CBI). Paragraph 3(a) of Annex 3-D limits regulators’ requests for information relating to proprietary formulas for prepackaged foods or food additives “to what is necessary to achieve its legitimate objective.” Just as in a similar provision in the Trans-Pacific Partnership, this U.S. and processed food industry-backed text inserts the restrictive “necessity test” into regulatory decisions about food labeling and regulation and could make it much more difficult for the U.S. Food and Drug Administration (FDA) and comparable agencies in Canada and Mexico to compel companies to provide information on food additives. Paragraph 5 of this Annex—ostensibly a savings clause that preserves authority to list ingredients on food labels—disallows such labeling “when those standards would be an ineffective or inappropriate means for the fulfilment of a legitimate objective.” This language could limit labeling of prepackaged food by allowing challenges on the grounds of effectiveness and appropriateness, raising the bar on the FDA in justifying its regulations. These restrictions could have significant consequences because the FDA currently lacks safety information for hundreds of chemical additives already on the market and in our food. A study by the Natural Resources Defense Council identified 275 chemicals from 56 companies that appear to be marketed for use in food based on undisclosed safety determinations, and there may be hundreds more such secret additives.

Failing to fix current trade restrictions on country of origin labeling. New NAFTA represents a missed opportunity to fix existing global trade challenges to food labeling. The revised NAFTA could have enhanced consumers’ information about the food they eat by insisting that Canada and Mexico drop their WTO complaints against U.S. Country of Origin Labeling (COOL) for meat products, thus allowing Congress to reestablish this popular program. Reinstating COOL was a key demand of IATP and farm groups, including the United States Cattlemen’s Association, which has raised concerns about New NAFTA’s failure to fix the current system which allows processors to bring beef into the U.S. from Canada or Mexico, put it through a “significant transformation,” and then label that product “Made in the USA.”

Initiated during implementation of the original NAFTA, secretive “regulatory cooperation” discussions between U.S. and Canada have already resulted in keeping important information off chemical labels in Canada, thereby weakening worker health and safety protections. As detailed in International Regulatory Cooperation and the Public Good, the Canadian government retreated from rules requiring companies to list the actual concentrations of chemicals on labels and in hazard communication materials known as safety data sheets. Instead, Canada agreed to industry demands—already reflected in U.S. law—and allowed companies to classify this data as secret “confidential business information.” New NAFTA’s Annex 12-A on Chemical Substances doubles down on this anti-labeling, pro-secrecy policy, requiring the countries to “strengthen their cooperation” on chemical regulation “with a view to minimizing the differences in the use of safety data and safety data sheets.” The text specifically identifies reducing differences where information is “protected as confidential business information.” Rather than harmonizing regulations across borders to the most protective standard, the CBI focus makes clear that the goal is to keep more information hidden from workers and first responders, who rely on hazard communication materials to protect themselves from both acute and long-term health impacts and to assist in medical diagnoses.

The U.S. International Trade Commission’s economic analysis of New NAFTA, despite being premised on generous and unrealistic assumptions (such as full employment in all sectors of the economy), identifies very limited economic benefit from the agreement: A one-time increase in GDP of less than half of one percent (0.35%) six years after the agreement goes into force and similarly minimal one-time gains in total employment and wages. As a new report from Boston University’s Global Policy Development Center (GPDC) details, to the extent these limited economic benefits are real (they disappear if the speculative economic benefits of digital trade rules are left out of the analysis), they actually exacerbate existing inequalities in our economy and society. At the same time, the regulatory restrictions in New NAFTA bring “heightened social, health and environmental risks” by shrinking domestic policy space to address serious health, environmental and workplace dangers. While the GPDC report focuses specifically on provisions that will keep medicine prices high and limit access to health care, as well as the failure to include effective environmental protections and enforcement of labor standards, the same concerns should be raised about New NAFTA’s anti-labeling provisions that hide health and other crucial information from consumers and workers. The economic benefits of New NAFTA are extremely limited. When weighed against these demonstrable harms, the risks of ratification far outweigh the benefits. 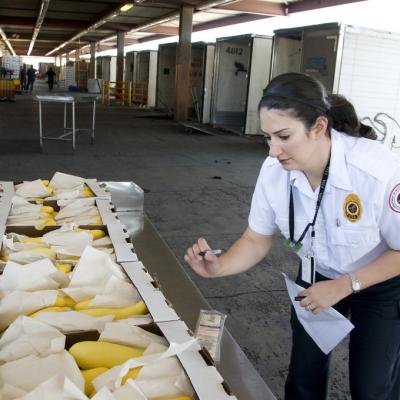 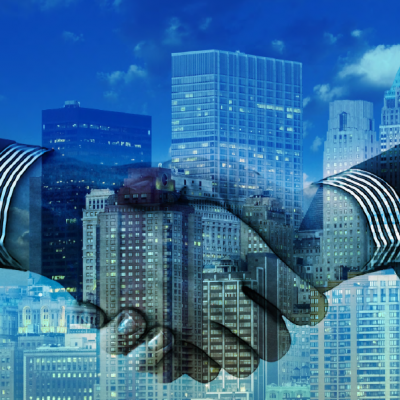 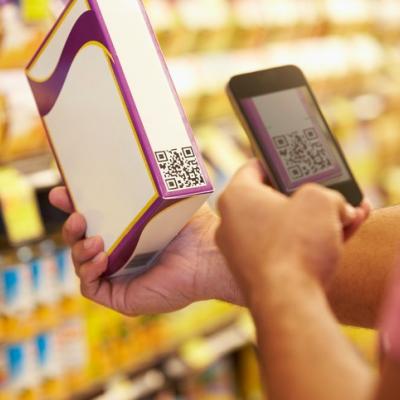 Food safety and GMOs in the New NAFTA 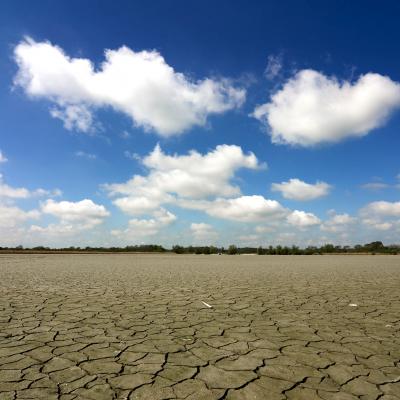 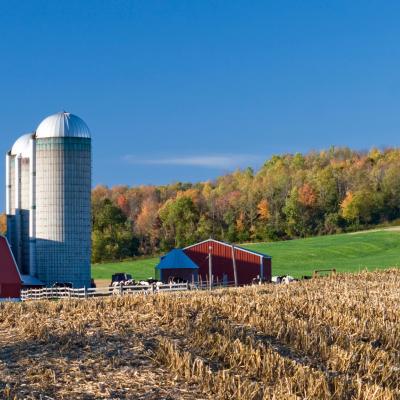