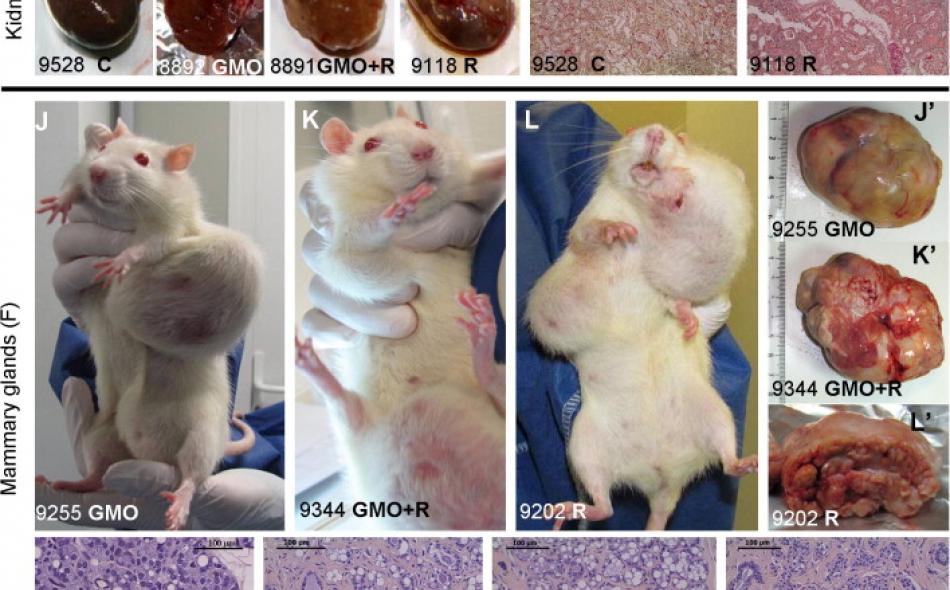 Mammals fed a diet of genetically engineered (GE) Roundup Ready corn for two years died earlier and developed more tumors and liver and kidney damage, according to a new study published this week in the peer-reviewed journal, Food and Chemical Toxicology.

The findings reinforce recent calls by the American Medical Association that GE crops be safety tested for possible health impacts before they enter the marketplace. No such premarket testing is currently required in the United States.

This GE corn, which allows farmers to spray the herbicide, Roundup, on fields without damaging the corn, largely ends up in ethanol plants, animal feed and processed human foods. But just last fall, Monsanto introduced for the first time a Roundup Ready sweetcorn, bringing GE technology directly to consumers’ mouths.

U.S. regulations also do not require the labeling of GE foods—despite consistent polls showing over 90 percent of consumers favor labeling. More than a decade ago the American Public Health Association, the world’s largest, called for GE foods to be so labeled. (The AMA falls short of supporting labeling, although the recent science may cause it to reexamine the position). The absence of GE labeling means that not only consumers are left in the dark, but so are their healthcare providers.

If physicians or researchers wanted to track whether a patient with breast cancer or liver damage had been consuming a diet high in GE corn, it would be nearly impossible to do so.

In the study published today, researchers fed laboratory rats a diet of GE roundup-ready corn (NK603) for two years. Half the males and 70 percent of the females fed the GE corn, the researchers found, died prematurely. Only 30 percent and 20 percent of males and females in the control group did so. Animals on the GE diet suffered mammary (breast) tumors, and severe damage to the kidney and liver.

A significant aspect of this study is its length. Most previous rat feeding studies for GE crops have been limited to 90 days—which in human terms would equate only to early adulthood. Because today’s study went for two years, it captures the possible impacts of eating such a diet over the entire course of the animal’s (or presumably a person’s) life.

Why so few long-term studies on the health effects of GE crops to date? Partly because scientists must seek permission from the patent holder, in this case Monsanto, before the research can take place. We agree with the editors at Scientific American that this ridiculous barrier to independent research needs to end.

The French government has asked its National Agency for Health Safety to investigate the study’s findings and consider protective steps to protect public health. This precautionary approach makes sense.

This study is yet another reminder of how little research on the long-term effects of the near ubiquitous consumption of GE foods has taken place.

When it comes to GE crops we’ve, for too long, taken a “ready, shoot, aim” approach to regulation. The public deserves better.