Time to hold agribusiness accountable for its climate footprint

In the past two years, calls for addressing greenhouse gas emissions from our food system, livestock in particular, have been growing louder. The solutions proposed focus on either the farmer or the consumer. If only farmers would stop polluting or consumers would eat a lot less meat, we would be fine. Both are part of the solution, but not the drivers of the problem.

Global agribusiness determines much of what, how much and how farmers produce, what consumers buy and what they pay for it. Governments help facilitate or hinder corporate access to land, natural resources and markets. Governments are also tasked with raising their climate ambitions this decade under the Paris climate agreement, our last shot at reining in catastrophic climate change. At the same time, rural communities are in economic distress, with many families leaving farming all together. Our new study, Milking the Planet: How Big Dairy is heating up the planet and hollowing rural communities, draws a direct line between policies (or lack thereof) that have aided and abetted global dairy corporations to get big and powerful to those that have disempowered dairy farmers and the rural communities where they reside. It connects rising emissions, mergers and acquisitions and rural disenfranchisement. Policies that support over-production and below cost prices for farmers also drive emissions higher and serve these global dairy conglomerates. Responses to the climate crisis must address these inter-connected challenges of keeping farmers on the land and protecting the planet.

It is past time that governments get our agriculture, trade and climate policies in sync with climate and social justice goals that result in thriving farms and decent work. Since the Earth Summit in 1992 when governments committed to tackle climate change, we have waited for private actors to do the right thing by the planet. We have lost 28 years and many farms since. Governments must take concerted action this decade, our last perhaps to contain runaway climate change, to redirect public funds away from industrial agriculture, regulate corporations to internalize the public health and environmental costs of their production and support producers in regenerating soils and communities. 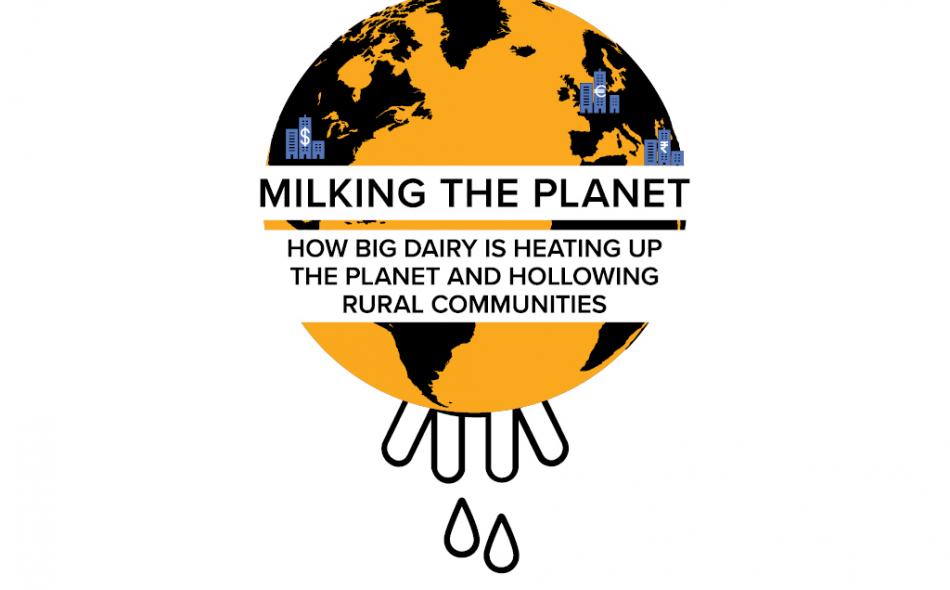