The CFTC shrinks the enforceability of a cross-border trading rule 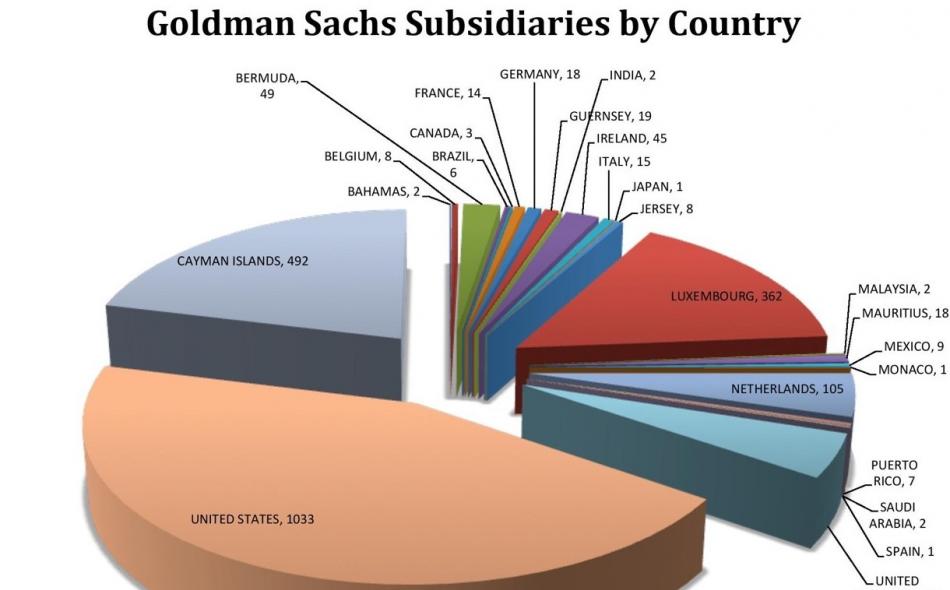 On July 14, the Financial Times published an interview with Heath Tarbert, the chairman of the Commodity Futures Trading Commission (CFTC) in which he all but announced the results of votes to take place the following week and beyond. Two of the votes concern rules that IATP has commented on since 2011 (limits against financial speculation in physical commodity contracts) and 2013 (prevention of regulatory evasion by U.S. banks trading certain contracts through their foreign subsidiaries and affiliates). Remarkably, Chairman Tarbert was able to make the interview itself, rather than the content and enforceability of the cross-border rule, a subject of debate at the CFTC’s July 23 meeting. How did the CFTC arrive at such an extraordinary historical moment?

After having campaigned as the scourge of Wall Street, just 10 days after his inauguration, President Donald Trump promised to “do a big number” on the Dodd Frank Wall Street Reform and Consumer Protection Act (Dodd Frank) signed by President Barack Obama on July 21, 2010. Dodd Frank is the most extensive financial reform legislation since the Great Depression. A chief economic cause for the law was the cascading contract defaults among major U.S. banks and foreign banks with large U.S. subsidiaries, such as President Trump’s major lender, Deutsche Bank. Some of those defaults originated in trades by the foreign subsidiaries of U.S. banks in an unregulated asset class called a swap, a contract for managing quantified financial risks.

The biggest number in the Wall Street blow up of the U.S. economy was the $29 trillion in emergency loans that the Federal Reserve System created in 2007-2010 to rescue the web of  U.S. and foreign banks and their worldwide subsidiaries with debt to asset ratios as high as 40:1. $10 trillion of the $29 trillion went to foreign central banks, so they could rescue the foreign private banks with U.S. subsidiaries. The Great Recession of $20 trillion and counting in costs to the U.S. economy were not nearly so generously aided by Congress.

On July 23, the CFTC’s three person Republican majority voted to finalize a 300-page cross border swaps trading rule that deviated dramatically from both the 2013 guidance and the proposed 2016 rule. In another triumph for public relations, the headline of the Financial Times article reporting the vote paraphrased Chairman Tarbert’s characterization of the majority’s regulatory action as a “paring back” of the 2016 proposed rule.

However, the “paring” throws out an enforceable core of the 2016 proposed rule, the Foreign Consolidated Subsidiary (FCS), which IATP supported both in 2016 and 2019 letters to the Commission. The FCS would have allowed the CFTC to use the consolidated financial reporting of the U.S. swaps dealers to trace back the trading activities of their foreign affiliates when those activities posed high operational, credit or even solvency risks to the U.S. parent. The FCS would have been operationalized by a “bright line test”, conducted according to U.S. Good Accounting Principles, to determine the U.S. economic impacts of the foreign affiliate swaps losses among swaps dealers and their chief customers.

The just finalized rule replaces the FCS framework with the Significant Risk Subsidiary (SRS), a concept derived from the Securities Exchange Commission (SEC), which supervises just 5% of swaps trading, most of it within U.S. markets, rather than the 95% of commodity swaps, most of which are trade globally. As Commissioner Dan Berkovitz noted in his dissent to the final rule and during the July 23 meeting, the text of the rule concedes that the SRS is defined so that “few if any” foreign subsidiaries of U.S. swaps dealers will be covered by the rule. In sum, this final rule will make it exceedingly difficult for the CFTC to monitor the swaps activities of individual entities, much less the kind of highly interconnected foreign subsidiary trading that triggered the Wall Street blowup of the U.S. economy in 2008-2009.

Morgan Chase, Goldman Sachs, Citibank and Bank of America are counterparties in nearly 90% of the swaps (Over the Counter) trades, according to the Office of the Comptroller of the Currency (Table 3). Commissioner Rostin Behnam alluded to the rule’s deference to the Federal Reserve System to monitor the risks of such systemically important financial institutions in his dissent: “When the CFTC focuses its regulatory oversight only on individually systemically significant entities, it unavoidably leaves risky activities unregulated that due to the interconnectedness of global markets individually, and in the aggregate, can and likely will negatively impact U.S. markets.”

The final cross border rule defers not just to the SEC and the Federal Reserve System, but to foreign regulators to supervise the thousands of foreign subsidiaries and affiliates of the 108 U.S. swaps dealers registered with the CFTC. This deference is given according to the principle that the United States should strive for international comity with other governments. To operationalize the principle, the rule outlines criteria according to which the CFTC determines that foreign jurisdictions have rules, implementation procedures and enforcement mechanisms comparable to those of the CFTC.

According to staff at the July 23 meeting, the CFTC has issued broad comparability determinations for 11 jurisdictions, including the 27 member state European Union. These determinations allow more specific grants of substituted compliance, e.g., regarding business conduct rules, according to which a foreign entity that complies with rules in its home country is assumed to comply with CFTC rules.

Comparability determinations, once issued, rely on the CFTC’s trust in the foreign jurisdiction’s regulatory capacity to ensure that the swaps activities of foreign subsidiaries of U.S. swaps dealers do not evade CFTC swaps rules or pose credit, operational or solvency risks to the U.S. parents companies or the broader U.S. financial system. The Foreign Consolidate Subsidiary framework would have enabled the CFTC to verify that trust by tracing back foreign subsidiary trades to the U.S. banking parent.

In the final rule, that verification mechanism has been obliterated and replaced with a Significant Risk Subsidiary framework defined in such a way that the CFTC can assure U.S. swaps dealers that it will apply to “few if any” of their foreign subsidiaries. Demanding trust, without the means of verification, surely is a hallmark of the Trump administration, and not just in the CFTC.

According to a Better Markets’ white paper, because of Dodd Frank, better regulated banks are better capitalized to withstand the financial shocks of COVID-19. Nevertheless, the New York Times reported on July 23 that in March the Federal Reserve once again had to bailout Wall Street, albeit on a smaller scale. Unregulated and COVID-19 shocked hedge fund investors tried to dump their short-term bond holdings. When banks did not buy these opaque and debt laden hedge fund assets, the Fed had to buy them to keep that segment of the financial market from collapsing. Chairman of the interagency Financial Stability Oversight Council (FSOC) and Secretary of the Treasury Steven Mnuchin, a former hedge fund manager, had disbanded the FSOC working group on hedge funds in early 2017.