Counting the Costs of Agricultural Dumping 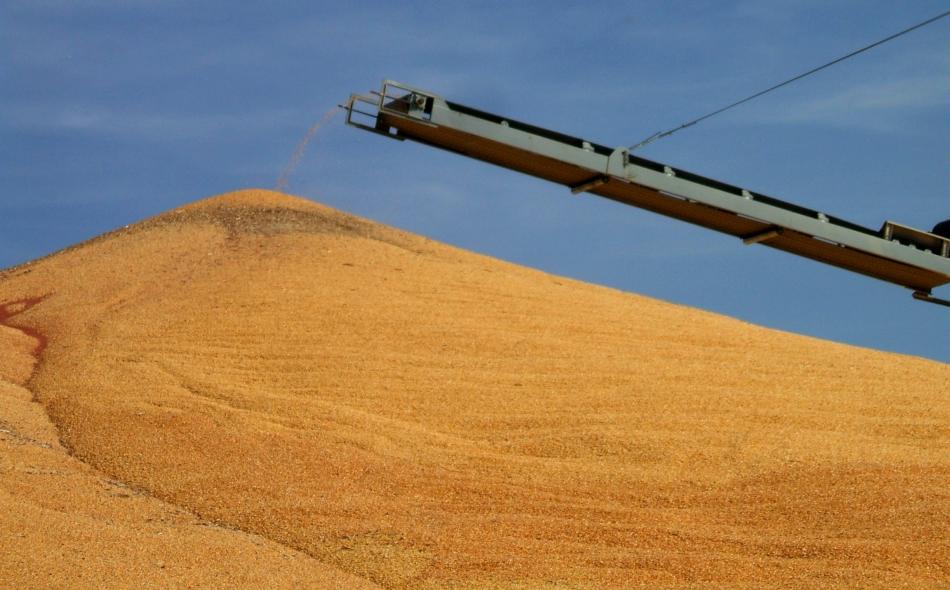 Introduction: What is dumping and why does it matter?

The United States is an international agricultural powerhouse. It is the third largest producer of agricultural commodities globally, after China and India, and the world’s largest agricultural exporter. Its agribusinesses dominate world markets. Yet, in several of the agricultural commodities in which the U.S. is a major supplier to world markets, the prices at the point of export from U.S. ports are less than the cost of producing the crop. According to IATP’s calculations, in 2015, U.S. wheat was exported at 32 percent less than the cost of production, soybeans at 10 percent less, corn at 12 percent less and rice at 2 percent less. This paper documents this phenomenon, termed dumping in the General Agreement on Tariffs and Trade (GATT), and its consequences.

Dumping matters for at least three reasons. First, it undermines the economic viability of competing farmers, whether the farmers are growing crops for their domestic markets in importing countries, or selling their crops to traders for export in competition with U.S. production. This is especially a problem for largely agricultural developing countries that rely on agriculture for economic stability. Dumping has generated significant tension in international trade negotiations as a result.

Second, dumping is a threat to U.S. producers who sell their product in markets that are controlled by a just a handful of agricultural commodity trading corporations (four corporations control an estimated 75-90 percent of grain traded globally,1 while it’s often the case in many markets within the U.S. that just one or two firms are present). As this paper documents, the prices farmers get for their crops, on average, are often less than their average cost of production. The gap lessened, and even disappeared briefly, while commodity prices were higher after the 2007-2008 food price crisis. But prices are now down again, the lowest they have been since 2002. Net farm income in the U.S. is down by 50 percent since 2013.2 U.S. commodity farmers are reliant on off-farm income as well as government payments (in the form of both production and income support) to stay in business. The economic consequences of a system that reinforces dumping are felt by U.S. commodity growers and their families, their hired workers and by the rural communities they live in—communities that are deprived of capital that should support vibrant economic life.

Third, dumping creates an economic environment that undermines the realization of environmental objectives. Care of the natural resource base, including soil health, water quality and the ecological diversity of farmland, are all squeezed, not just because commodity markets externalize environmental costs, but also because sustainable use is priced out by increasingly concentrated competition. The result is a vicious circle of policies that harm family farmers, the environment and local economies in both the U.S. and the countries receiving agribusiness’ exports from the U.S.

Dumping is the logical result of U.S. agriculture and trade policies that encourage overproduction, using export markets as an escape valve for falling prices and revenues. Agricultural commodity dumping has not gone unnoticed in trade circles; it has been the subject of ongoing controversies at the World Trade Organization (WTO), for example, particularly among developing country governments whose farmers complain about the flood of cheap imports. The problem persists in large part because the WTO diagnosis has focused on just one of several complex causes: government subsidies, both export and domestic subsidies. This focus has left other potentially more important factors, such as the oligopolistic market power of international grain traders and global overproduction, unaddressed.

It is not uncommon for short-term price discrepancies to exist between domestic and export markets. No market is perfect and commodity markets are rife with market failures and imperfections. Dumping is different. The numbers presented in this report are not recording short-term price discrepancies. Rather, they describe a systematic problem of dumped U.S. agricultural commodities in world markets, a phenomenon IATP has tracked for over twenty years.

Dumping destabilizes markets. Dumping is unpredictable. Dumping has destroyed agriculture and related industries in developing countries—one of the best documented recent examples is Haiti’s domestic rice sector, which was buried in imported rice.3 Some governments, with the encouragement of agricultural economists, have been inclined to overlook dumping because it provides cheap food imports for consumers; they reason that countries can invest their domestic resources in other sectors if they have a cheap food supply. This strategy, however, imposes significant costs on both exporters and importers. It undermines domestic agricultural production in importing countries, which is an important source of poverty-reducing growth. Dumping destroys rural livelihoods and diminishes opportunities to build local infrastructure through local trade. Relying on dumped agricultural production makes low-income countries that import the majority of their food vulnerable to price spikes. When prices on international markets rise sharply, poor and vulnerable countries can find themselves without a reliable supplier, as Liberia learned the hard way in the 2007-2008 food price crisis. When the government was unable to pay higher prices for an already contracted shipment of wheat, the trading company broke the contract, returned the money and left Liberia without the wheat the government was relying on to protect access to food in the country. The persistence of over-production and dumping leaves farmers in the U.S. unable to make a living from the market and reliant on both government transfers and off-farm income to keep the household financially viable.