The Role of Globalization 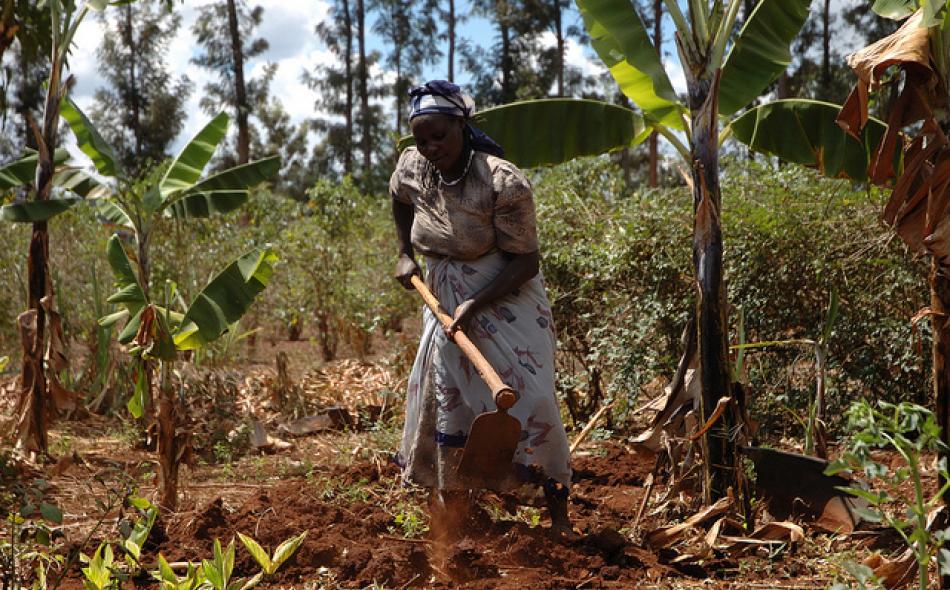 Farmers around the world are having land they've worked for generations taken from under their feet.

IATP has worked on trade and agriculture for more than 25 years. In all that time, we have consistently argued that trade agreements need to respect and promote human rights, not drive a process of globalization that privileges commercial interests and pushes public interests aside. This paper concludes that the globalization enshrined in the free trade and investment agreements of the 1990s and 2000s have led to yet another manifestation of commercial interests trampling human rights: land grabs.

“Land grabs” is a term coined by the media to describe large-scale purchases or leases of agricultural or forest land on terms that do not serve those already living on the land. There is a large and growing body of literature—academic and more popular—on land grabs. This paper is specifically focused on two forces that we argue have contributed significantly to the problem: First, globalization—more specifically, the deregulation of trade and foreign investment laws, which has greatly eased cross-border capital flows, relaxed the limits on foreign land ownership, and opened markets to agricultural imports. And second, the failures of the international trading system during the food price crisis of 2007-08, which eroded the confidence of food import–dependent countries in international markets as a reliable source of food and fed both speculative investment and investment in actual food production.

This loss of confidence is compounded by climate change and the resulting destabilization of weather patterns, which has resulted in less predictable agricultural production. Between 1995 and 2005, 90 percent of natural disasters were weather related (floods and droughts as opposed to earthquakes and volcanoes). Climate change is making domestic food supplies less certain and affecting major producers for export, too. The United States lost 40 percent of a record large number of acres planted with maize to drought in 2012.

That loss of confidence has driven some of the richer net-food importers—countries such as Saudi Arabia and Kuwait—to invest in growing food abroad for import to their domestic markets. These countries are one of the groups heavily represented among foreign land investors.

The demand for food from richer countries coupled with the potential to grow more food elsewhere is not of itself a bad thing. Agriculture has been starved of investment for at least 20 years in developing countries, and increasing that investment has already started to yield dividends in higher output.

But land grabs, as the label implies, have to date been overwhelmingly negative. They are associated with weak institutional capacity (and sometimes corruption) in the recipient country governments, as well as authoritarian governments in the investors’ home countries, making it hard to bring pressure there for better practices. The communities whose land is leased or bought are not adequately protected.

Four linked policy shifts to create a more stable and transparent international food system are needed: reformed trade rules that ensure export measures are subject to transparency and predictability requirements and that allow all countries policy space for food security policies; publicly-managed grain reserves to dampen the effects of supply shocks; readily accessible funding for the poorest food importers, which would be triggered automatically when prices increase sharply in international markets; and, the development of strong national and international laws to govern investment in land, respecting the principles and guidelines set out in the Voluntary Guidelines on Land Tenure. Tanzania’s recently announced limits on how much land foreign and domestic investors can lease is a hopeful example of a national government taking the initiative to get serious about regulation.1