Nano-pesticides: Introduction to encapsulated products and frameworks for assessing their risks to environmental and human health 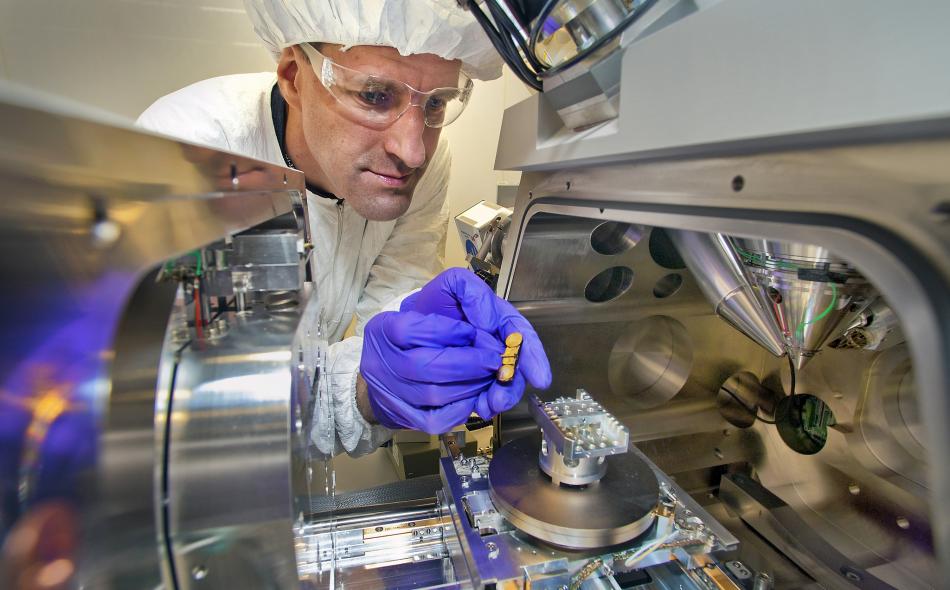 The following article was originally published in an eBook prepared as part of the November 4-6 2020 webinar organized by the Brazilian Network for Nanotechnology, Society and Environment (Renanosoma).

The application of science to develop technological products provides, if not the precise market for the product, at least the economic context to justify the investment in experiments that can result in a product and/or a technique, preferably patented. In the case of nanotechnology-enabled pesticides (nano-pesticides), the authors of a recent article explain the economic context of their experiment, which compares the environmental toxicity of an active ingredient (AI) of a pesticide with the toxicity of the same AI encapsulated with nanomaterials (NMs). Because of the expense and time to innovate a new AI,

Reformulation of pesticides with existing AIs is a very common practice in the pesticide industry.... Among the innovative formulations available on the market, encapsulated pesticides offer several desirable features, which include reduced human exposure to the AI, controlled diffusion, longer-lasting pesticide residues, elimination of organic solvents and increased efficacy.1

Nanotechnology can be applied to extend the commercial monopoly of an AI with a patent for nano-encapsulation techniques. Whether or not the encapsulated pesticide achieves in agricultural fields the desirable traits realized in the laboratory depends not only on the care of application of the nano-pesticide, but also on the legal and regulatory framework governing the use or misuse of pesticides, whether nano-enabled or not. (There are many applications of NMs to pesticides, including the use of NMs themselves as nano-silver in the NanoSilva® product.2 We do not consider here the nano-pesticide with possibly the greatest risk to human and environmental health, RNA interferon carried by a nano-biocomposite of clays and polymer.3)

For example, for at least 30 years, the implementation of the fundamental U.S. law governing pesticides, FIFRA (Federal Insecticide, Fungicide and Rodenticide Act) has been criticized for the near impossibility of the Environmental Protection Agency (EPA) to protect farm workers, the environment and/or beneficial insects.4 The pesticide industry successfully has argued that the regulatory definition of pesticide "drift" consists only of the area intended for pesticide application by the applicator, whether the pesticide is nano-enabled or not.5

It has been recognized that risk assessment of NMs requires fundamental adjustments, due to the different properties of NMs in their "pristine" conditions, in compounds and in interactions with humans and the environment throughout the nano-product life cycles.6 However, there is no agreement on the regulatory metrics of such adjustments. Meanwhile, nano-pesticides and other nano-products are entering the market. Here we address the simplest application of NMs to pesticides, illustrated as follows7:

In this schematic figure, the AI plus the "inert" ingredients are added to the nanocomposite (encapsulated or embedded). The "inerts," toxic or non-toxic, are added to stabilize the AI, extend its shelf life and for other reasons.8 The nano-composite carrier allows the nano-pesticide to be released in response to an environmental signal, e.g., temperature, soil pH and/or water on plant leaves.

Over the past 15 years, environmental and human health risk assessors of NMs have sought to develop a methodology for estimating the toxicity of the NMs most commonly used in commerce and to reduce risk assessment based on in vivo experiments. Given the increase in the manufacture of NMs, cuts to regulatory budgets, and pressure from investors and entrepreneurs/scientists to commercialize nanoproducts more rapidly, the vast majority of risk assessment testing takes place in vitro.9 The test subjects in the lab are cells, rather than animals.

Risk assessors have struggled to persuade scientists report experimental results in standardized formats to facilitate their conversion into in silico (nano-informatics) databases capable of comparing data from one NM to another similar in physical-chemical characteristics and properties. According to nano-informatics designers, risk assessors should be able to read across databases to predict the relative risks of a widely used NMs without having to spend time and money on an in vitro or in vivo experiment. Within nano-safety research, datasets should be used in computerized modelling experiments to predict the effects of modifying NMs for specific purposes or products throughout the lifecycle of the product.10

Generally, there is a scientific consensus that organic NMs (e.g., clays, lipids, chitosan) offer the least degree and variety of risks. Nanometals, oxide metals (e.g., titanium dioxide) and carbon nanotubes generally present the greatest risks when they are incorporated in the manufacture of products.11 Nano-informatics should help to select the optimal NM for “safe-by-design” nano-products and even help to manufacture the NMs themselves to minimize their risks.

There are four stages in risk assessment for conventional pesticides.12 In the first stage, the aquatic toxicity of a pesticide to a daphnia or similar fish is measured according to a standardized protocol. In the second stage, pesticide exposure is modified according to a kinetic toxic modelling to estimate the toxicity of the pesticide to other sensitive species. Estimating long-term pesticide impacts to plants and soil microorganisms in a mesocosm (a scientific greenhouse) is a third step. For nano-pesticides, there are very few such studies.13

The fourth stage, quantifying impacts characterized by observations in the field, is seldom realized in published research, partly because of the difficulty of establishing scientifically rigorous controls when there are so many factors to control in field trials. However, there is another hurdle in assessing pesticide risks in field trials. Under U.S. rules, a robust field impact study is impeded by the definition of what legally constitutes pesticide “drift,” the area to which a pesticide is applied.

According to industry's interpretation14 of EPA's advice,15 “drift” consists only of that part of an intended application to a crop that does not reach its intended target but that may affect other crops, agricultural and non-agricultural animals, non-agricultural plants and trees, beneficial insects, human beings and other unintended targets. Assessing risks only in terms of impacts on the intended area of application gives neither a legal incentive to prevent toxicity and other unintended harmful impacts nor an incentive to study such impacts.

The chemical volatility of a pesticide formulation can be studied and its likely diffusion predicted. But if a government allows a pesticide formulation with broad unintended impacts, such as dicamba, to remain as Confidential Business Information, human health and the environment are subordinated to the economic interests of the pesticide manufacturers who claim CBI privilege for testing data. The dicamba ban in a U.S. court16 will almost certainly be appealed, not only because of the pesticide's sales lost due to the ban, but also because of the legal precedent that could be applied in the case of nano-pesticides intended to succeed the current generation of pesticides (and seeds genetically modified to resist their toxicity).

The field test results of tests of nano-pesticides, to know the extent of their physical dispersion under different metrological conditions, have not been published. Prior to commercializing any nano-pesticide, the publication of such tests should be a requirement before starting the fourth stage of risk assessment, to estimate risks to human health, especially that of farm workers applying nano-pesticides, and to environmental health.

Translated from Spanish with the help of www.DeepL.com/Translator (free version) and by Steve Suppan.