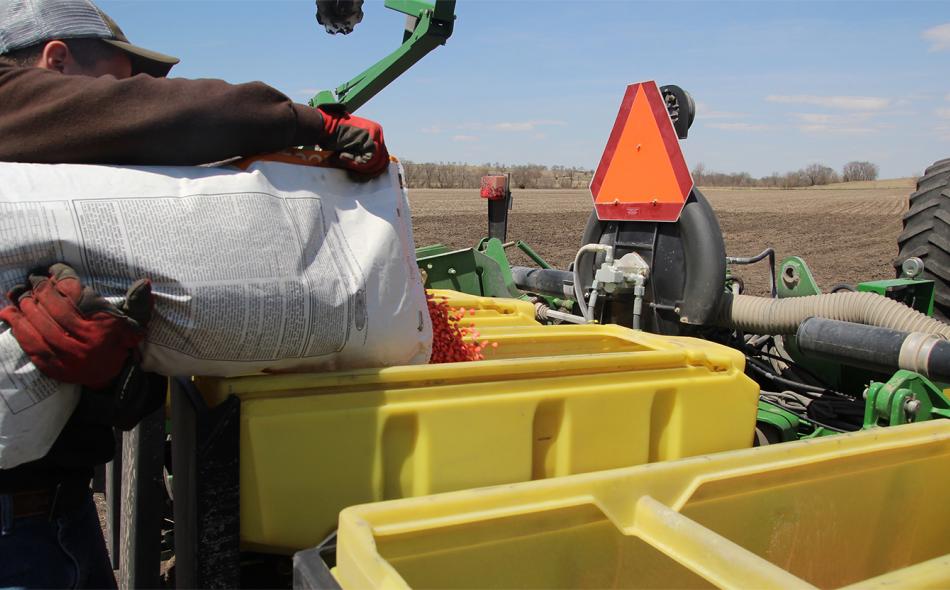 From Integrated Pest Management to genome and gene edited crops

The original Crisis by Design analysis does not address the topic of agricultural technology directly. However, the unmanaged agricultural production that contributed to low and erratic commodity prices and, together with the farm mortgage crisis, bankrupted farms in the 1980s, was enabled by agricultural technology. The “maximize production for trade” ideology was synthesized in the Nixon administration’s Secretary of Agriculture Earl Butz’s order to “plant fencerow to fencerow,” a dramatic reversal of New Deal supply management and soil conservation practices.1

Crisis by Design outlines how agricultural economists contracted by the agribusiness-funded Council for Economic Development (CED) proposed policies that would strip from the farm bill supply management practices and policies to keep farmgate prices above the cost of production.2 Under the CED proposals, adapted in more than a half century of farm bills, taxpayers would compensate farmers for below cost of production farmgate prices with “deficiency payments.” Farmers would pass on most of those payments to agricultural seed, fertilizer, veterinary medicine and machinery companies to enable ever greater crop yields and herd sizes. Farmers tried to outrun the declining economic benefits of being early adopters of new technology, described by the Kennedy administration's Chief Agricultural Economist Willard Cochrane as the “technology treadmill.”3 Many farmers, even those who inherited land and expensive machinery, who got on the treadmill and “got big” are now filing for Chapter 12 bankruptcies.4

Statistics can help explain the extent of adoption of an agricultural technology but are unhelpful in understanding how or why a technology was adopted. Nor do statistics explain why governments decided not to support a competing technology, even if it was more cost effective and led to higher prices and more prosperous rural communities. For example, the International Service for the Acquisition of Agri-biotech Applications, an industry sponsored non-profit organization, keeps statistics about acreage planted with genetically engineered (GE) seeds and GE product “approvals” as part of its mission to promote technology adoption, particularly in developing countries.5 Yet, you would not learn from such statistics that U.S. agencies do not approve products following a risk assessment, but merely acknowledge that GE product developers believe that their products conform to U.S. regulations according to data and studies submitted by the GE product developer.6 Many of those studies are classified as Confidential Business Information and are unavailable for peer review. Nor would you learn how publicly funded development banks require adoption of agricultural biotechnology “packages” and policies as conditions of receiving loans.7 Indeed, forced adoption of an agricultural technology can be damaging to rural development in ways not captured by statistics focusing on productivity gains and planted acres.8

Agricultural technology, including chemicals, seeds and farm machinery, are major components of the cost of production, which has exceeded the farmgate prices for agricultural commodities in most years since 2010 in Midwestern states, according to a Federal Reserve Bank of Minneapolis article in 2019.9 The USDA Agricultural Census reports “Farm Production Expenses” for 2017 and 2012, but neither gives a broader historical perspective nor compares those costs to farmgate prices.10 The cost of agricultural technology, relative to prices, is only one factor in today’s farming crisis, but it is an important one.

A crucial agricultural policy debate in the 1980s and early 1990s was the definition and practice of Integrated Pest Management (IPM), “first used in agriculture beginning in the 1970s in response to growing knowledge about the negative side-effects of pesticide overuse,” famously documented by Rachel Carson in “Silent Spring” (1962).11 The pesticide companies that viciously attacked Carson’s personal life had to prevent the widespread adoption of IPM in U.S. good agricultural practices if they were to increase their pesticide sales.12 Despite prescient testimony to the Environmental Protection Agency13 that crops engineered to resist proprietary pesticides would result in increased weed resistance14 and pesticide use,15 the companies succeeded in preventing widespread adoption of IPM and increasing their pesticide sales, as indicated in the chart.16

Globally, insect and weed resistance has increased on over two billion acres of first generation genetically engineered (GE) crops since 1996.17 Applications of gene editing and genome editing techniques, such as CRISPR, have introduced new traits to new crops, including herbicide resistance.18 To “modernize” first generation GE product rules, USDA has proposed not to regulate, require risk assessment or even require field trial data for most crops derived from the new GE techniques. In most cases, GE product developers would self-determine if their product required any U.S. pre-market review, thus expediting commercialization.19U.S. trade policy will require import of a quantitatively undefined “low level presence” of GE plant and animal products unapproved in the importing country.20 If the pest resistant management strategies fail in the second-generation GE crops, as they failed for the first generation, the “technology treadmill” will turn more rapidly and at greater cost to farmers.

Big ag data and the promise of precision farming

The promised salvation from the brutal economics of the technology treadmill lies in the data harvesting and analysis of farmers’ work, input applications and machinery use, which is now marketed as part and parcel of “precision farming,” first envisioned in a 1997 National Research Council report.21 “Precision farming” continues the “get big or get out” mantra for technology investment invoked by the USDA Secretary Sonny Perdue,22 except that “precision farming” technologies aspire to cause less environmental damage than their predecessors. A 2015 article in Foreign Affairs summarizes the promise:23

One effect is on yields: precision agriculture allows farmers to extract as much value as possible from every seed. That should help feed a global population that the UN projects will reach 9.6 billion by 2050. Precision agriculture also holds the promise of minimizing the environmental impact of farming, since it reduces waste and uses less energy. And its effects extend well beyond the production of annual crops such as wheat and corn, with the potential to revolutionize the way humans monitor and manage vineyards, orchards, livestock, and forests. Someday, it could even allow farmers to depend on robots to evaluate, fertilize, and water each individual plant — thus eliminating the drudgery that has characterized agriculture since its invention.

Willard Cochrane, writing before the systemic impact of climate change on agriculture had become apparent, could not develop what his biographer Dick Levins called a “clean economic plan” to keep the technology treadmill from destroying U.S. farming and extracting agricultural wealth from rural communities.26 “Get big or get” technology adoption and agricultural policy has resulted in increasing concentration among the few surviving agribusiness firms, each now promising different “climate smart” technologies, which, however, require further public subsidies of the treadmill’s high costs and low farmgate prices.27 Clearly, an economic plan, whether or not “clean,” must be developed on the first principle that agriculture cannot become a sustainable public utility by continuing “get big or get out” agricultural policy and technology investment.