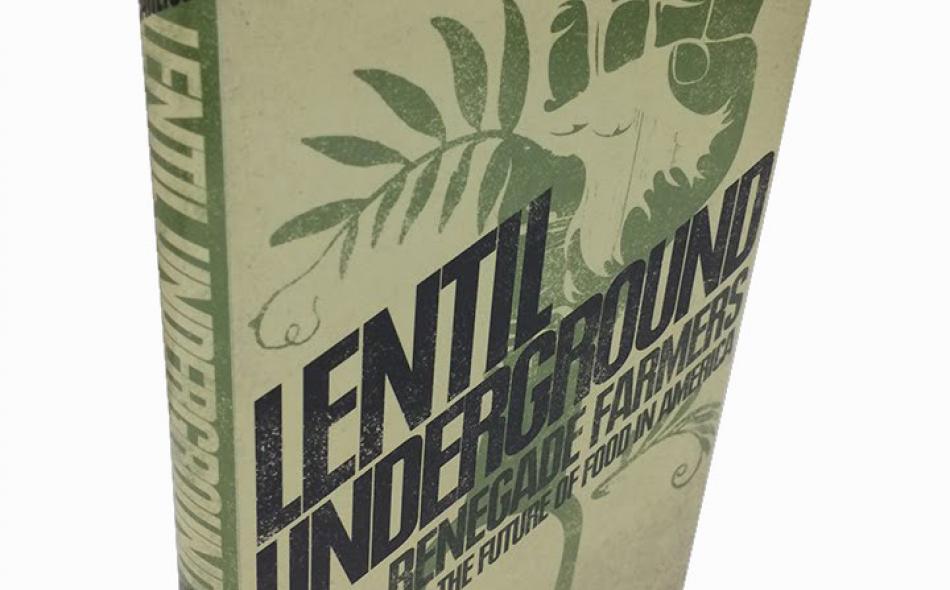 Author and Panel Discussion
5:30 pm, open to all
Join author Liz Carlisle and farmer David Oien as they discuss "Lentil Underground," the story of a little known group of farmers who launched a unique sustainable food movement. Following their talk, a panel of university researchers, students, and farmers will discuss using legumes in diversified farming systems.

Dinner
7:00 pm, $25—Advanced registration required The University of Minnesota will host a special dinner at 7:00 pm prepared by University Catering Executive Chef Scott Pampuch to celebrate the release of Lentil Underground, the new book by Michael Pollan protégé Liz Carlisle. Join Carlisle and David Oien, Founding Farmer of Timeless Natural Food and main character of Lentil Underground, for a buffet-style meal featuring the specialty organic lentils and heritage grains described in the book. The dinner costs $25.00 and reservations must be made in advance. Register for the dinner.

About the book
Forty years ago, corporate agribusiness launched a campaign to push small grain farmers to modernize or perish, or as Nixon Administration Secretary of Agriculture Earl Butz put it, to “get big or get out. But twenty-seven year-old David Oien decided to take a stand. When he dropped out of grad school to return to his family’s 280 acre farm, Oien became the first in his conservative Montana county to seed his fields with a radically different crop: organic lentils. A cheap, healthy source of protein, rich in fiber, folate, Vitamin B1, and amino acids, lentils are drought tolerant and don’t require irrigation. And unlike the chemically dependent grains American farmers had been told to grow, lentils make their own fertilizer and tolerate variable climate conditions, so their farmers aren’t beholden to industrial methods. Today, David Oien leads a thriving movement of organic farmers who work with heirloom seeds and biologically diverse farm systems. Under the brand Timeless Natural Food, this “lentil underground” has grown into a million dollar enterprise that sells to hundreds of independent natural foods stores, and a host of renowned restaurants.

Set in the farm belt of red state America, far from the farmer’s markets and haute cuisine of coastal cities, Lentil Underground confronts the global food system in one of the little known rural communities that will determine its fate. From the heart of Big Sky Country comes this inspiring story of a handful of colorful pioneers who have successfully bucked the chemically-based food chain and the entrenched power of agribusiness’s one percent, by stubbornly banding together. Unearthing the deep roots of this movement, Lentil Underground introduces readers to a memorable cast of characters, from gun-toting libertarians and Christian homesteaders to peace-sign-waving environmental activists. Journalist and native Montanan Liz Carlisle weaves an eye-opening and richly reported narrative that will be welcomed by readers of food and farm memoirs, as well as everyone concerned with the future of American agriculture and natural food in an increasingly uncertain world.